Why You Should Visit Vienna, According to People Who Live There 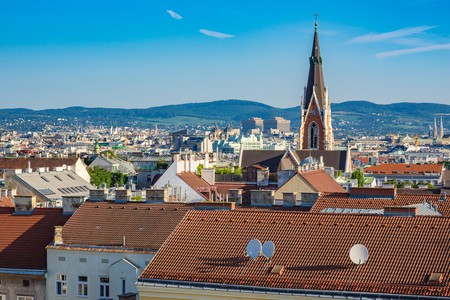 In 2019, for the second time running, Vienna was named the “World’s Most Liveable City” in a ranking of 140 cities around the globe by the Economist Intelligence Unit. So, if you haven’t been to Vienna, here’s why you should see what all the fuss is about and visit the Austrian capital. 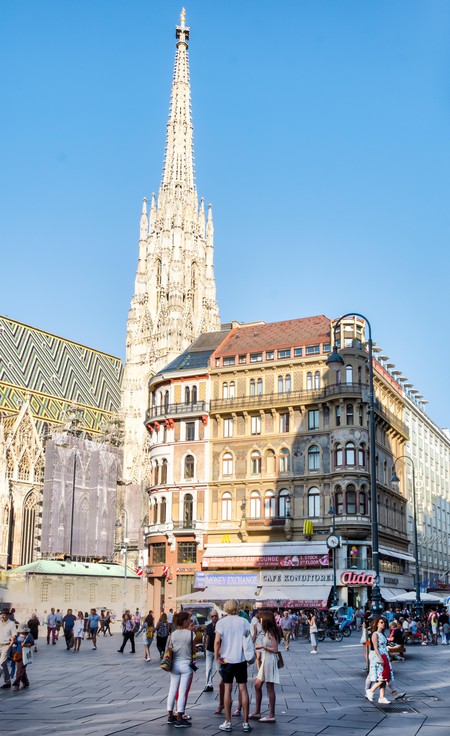 “Vienna is a wonderful mélange of history, of a contemporary international city, and of old-world joie de vivre. It’s unparalleled to me, and that is the reason why I love living here so much,” raves Gregor Plieschnig, a PR professional. Vienna-based photo editor Sabina Nassif adds: “It is beautiful and clean, it has wonderful architecture and a lively cultural scene. The city has everything you could wish for, making it impossible to ever get bored.” And they’re not the only ones in awe of the central European metropolis. Vienna’s top ranking in the Economist Intelligence Unit (EIU)’s liveable city index sees it beat Melbourne, Sydney and Osaka for the title. The annual survey considers 30 factors, from culture and environment to stability and infrastructure, to determine the best places to settle down. It also came first in the Mercer Quality of Living Ranking for the tenth year in a row in 2019.

Culture Trip spoke to some of Vienna’s residents for their take on why the hometown of Sisi (aka Empress Elizabeth of Austria), the famous schnitzel and the Viennese Opera Ball deserves to go straight to the top of your bucket list.

Vienna’s music scene is renowned around the world

It’s impossible to talk about Vienna and not mention music. In the 19th century, the masters of classical music, such as Mozart, Schubert or Beethoven, all lived here, and for many Vienna remains synonymous with the famous Vienna State Opera and the Philharmonic Orchestra. More than 15,000 music events a year see an average of 10,000 fans being treated to live classical music every single day of the week. And you don’t have to rob the bank to join in the fun: standing tickets for the opera, which are available 80 minutes before a performance starts, are just €10 (£8).

However, gigs in Vienna are not limited to the classics. “The city has a thriving scene with venues and events covering everything from pop to modern and classical music, jazz, opera and folk,” says Gregor Plieschnig, a passionate music fan and choir singer. Popular venues for gigs in the city include Chelsea, Arena Wien and Porgy & Bess (jazz), while international A-listers regularly fill the Stadthalle and Ernst-Happel-Stadion. 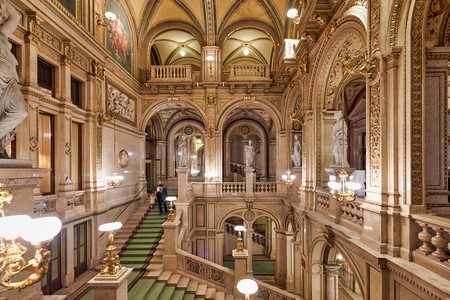 The city has an astonishing collection of art

Gustav Klimt, Friedensreich Hundertwasser and Egon Schiele all called Vienna home, and many of their most famous works are still exhibited today. Lovers of the fine arts can easily spend days just wandering through the city’s many museums and galleries, checking out original pieces and learning more about their creators. “Vienna is one of Europe’s top destinations for art lovers,” says Tina Müller, a Vienna-based millennial freelancer, naming top art galleries the Albertina, Belvedere and Hundertwasserhaus as the must-sees. Contemporary arts can be found at MuseumsQuartier or one of the many smaller galleries in the 7th district. “Neubau is a playing ground for artists, students and hipsters alike,” explains Müller, adding: “My personal favourite is ‘Westlicht’, a gallery solely dedicated to photography, with changing exhibitions including the ‘World Press Photo of the Year’.”

For cool street art, head to the Danube Canal. “It’s a very popular meeting spot for locals, especially in summer,” says yoga teacher Miriam Höhne, who has lived in Vienna for 20 years. “It’s hip and trendy, and there’s always something new popping up.” 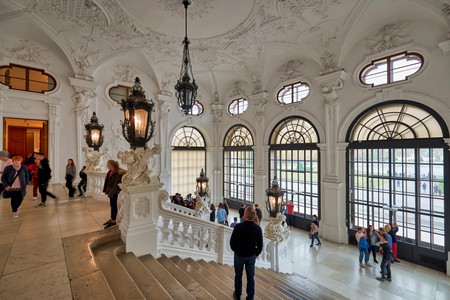 Vienna is a foodie’s paradise

The extensive restaurant scene in Vienna echoes the city’s passion for food. No matter if you are looking for a classic Wiener Beisl (rustic Viennese restaurants that serve hearty Austrian food in a rustic setting) or a luxurious rooftop terrace restaurant, you won’t be disappointed. “Vienna’s food scene is to die for, with old grand restaurants, unique coffee houses, modern eateries and a booming contemporary street food and craft beer scene,” stresses Plieschnig.

Journalist Manuela Tiefnig, who has lived in Vienna for many years, points to the wide range of different foods available in the city: “Living in Vienna means having the world at your doorstep – especially food-wise.” Asked about her favourite local eateries, Tiefning happily shares her tips: “Hotel am Brillantengrund in the 7th district is great for Filipino cuisine, Riva in the 9th district has the best pizza in town, and if you want to try a classical Viennese schnitzel, Figlmüller right in the city centre is a must-visit.”

Other spots worth checking out are the city’s most popular markets, namely Naschmarkt, Brunnenmarkt or Karmelitermarkt and the famous coffee houses.

Vienna has top-notch public transport for a bargain price

Wondering about the quickest way to get from point A to B? Do it the local way, and hop on the underground. “Vienna has one of the best public transport systems in the world. You really don’t need a car here,” says Tina Müller. The five underground lines and over 100 tram and bus routes connect every corner of the city. What’s more, public transport in Vienna is surprisingly affordable. With day tickets at €5.80 (£4.90) and the year pass just €365 (£307), you can get around town for a bargain price compared to cities like London or New York.

Vienna’s centre is also pleasantly walkable, and major streets such as its popular shopping boulevards Mariahilferstraße and Kärntner Straße are car-free. Alternatively, rent a Citybike at one of over 120 stations around town and check out the city’s sights on two wheels. 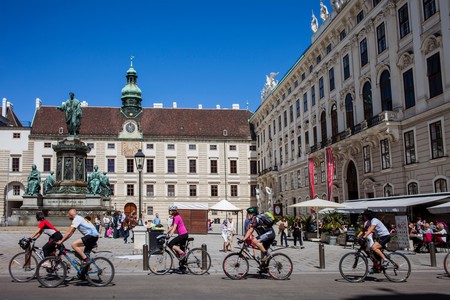 It’s an incredibly green city with parks, lakes, woods and even vineyards

There aren’t many big cities in the world where you can jump into a lake, hike in the woods or raise a glass at a vineyard all within half an hour from the city centre. “Something unique about Vienna is that it is green. Nature is never too far away and easily reachable by public transport,” says Plieschnig. Apart from the many parks in and around the centre, Plieschnig highly recommends visiting one of the city’s heurige (wine taverns) in Grinzing for an authentic Viennese experience. Apart from being a great place to sample Austrian wines, you can also try out traditional food buffet-style. For some exercise before or after, head to one of the city’s official hiking trails (“Stadtwanderwege”), a delightful way to explore Vienna’s beautiful surroundings.

If you arrive from another major capital, chances are that you will be pleasantly surprised by Vienna’s clean air, no matter if you are in the outskirts or right in the heart of town. Vienna’s air quality keeps improving by the year. And not just that: the city’s tap water ranks among the best worldwide.

In less than ten years from now, the population is expected to hit the two million mark. And considering how much the Austrian capital offers in terms of culture, cuisine, entertainment and infrastructure for a relatively affordable price, it isn’t hard to see why the metropolis keeps attracting people from around the world and winning awards for its high quality of life. 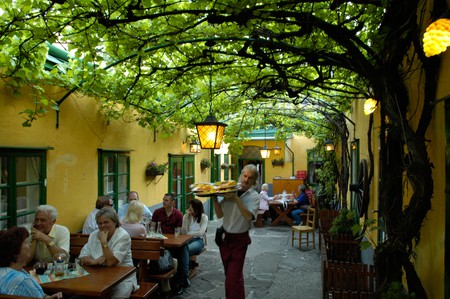