An Experts' Guide to the Best Live Music Venues in Vienna 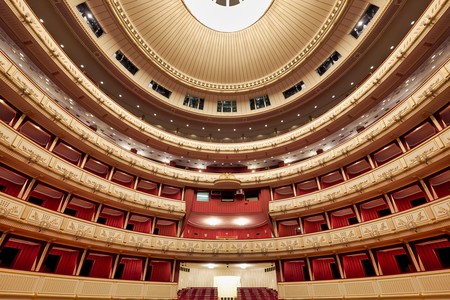 Vienna is home to some of the most famous concert halls in the world, with world-leading classical and operatic music performances held in sumptuous architectural settings. But the city also offers a thriving alternative live music scene, with everything from underground clubs to open-air concert venues. 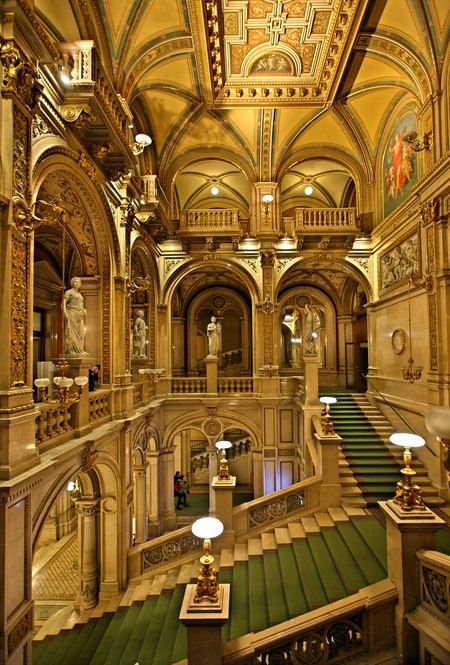 “The best singers and the best musicians are drawn to Vienna, and the concerts are at incredible prices, making them accessible to everyone,” says Ximena Rodriguez, a classical singer who performs in the Arnold Schoenberg Chor, the house choir of the historic Theater an der Wien. “It’s a city that’s very dedicated to the classical world,” Rodriguez continues. This dedication is exemplified by the Arnold Schoenberg Chor, which is “very well known for being focussed on perfection,” she says. “We work in a very strict way,” a pattern that is replicated in many of Vienna’s musical productions.

But the live music scene in Vienna doesn’t end at classical concerts and world-famous operas. “In recent years, the Austrian music scene has grown really fast,” says Andrea Putz, who has run Wien Konzert, a website that previews and reviews local concerts, for seven years. “There is so much music to see in Vienna. During autumn and winter, you can go to 10 concerts per day.”

Beyond the regular performances at Vienna’s many music venues, the city also hosts numerous music festivals, including a selection that are entirely free: Electric Spring, Donaukanaltreiben, Donauinselfest, Popfest and Gürtelnightwalk.

Culture Trip spoke to Putz and Rodriguez about their favourite places to go for live music in Vienna.

Famous worldwide, the Musikverein concert hall is the best place to go for classical music in Vienna. Fans of the genre may recognise the Musikverein’s Golden Hall from the annual broadcast of the Vienna Philharmonic’s New Year’s concert. “The Golden Hall is very imposing and beautiful,” Rodriguez. “The architecture inside is very noteworthy.” The building itself, the older part of which is designed in a Greek-Renaissance style, was expanded in 2004 to include four new halls where guests can discover up-and-coming performers: the Glass Hall, the Metal Hall, the Stone Hall and the Wood Hall. Rodriguez explains that although there is no dress code, visitors to Musikverein performances tend to wear tuxedos and long dresses. “I don’t think you will see anyone without a tie.” 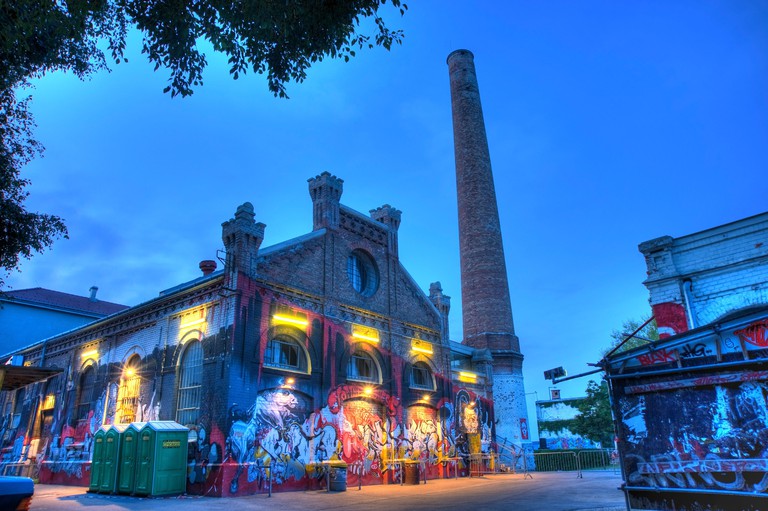 Previously used as a slaughterhouse, Arena was occupied for several months in 1976 by activists who wanted to turn the building into a cultural centre for Viennese youth. As the story goes, more than 200,000 people visited the building during its occupation, including Leonard Cohen. Today, Arena hosts punk, pop and rock artists, and bands that have previously performed here include Sonic Youth, the Yeah Yeah Yeahs and the Arctic Monkeys. The Baumgasse outdoor area can fit up to 3,000 people, perfect for open-air performances. “This is the coolest place in summer for concerts,” Putz says. “It feels like a festival in the middle of the city.” Tickets range from €10–40 (£8.50–£34), and Beisl, one part of Arena, regularly holds free events. 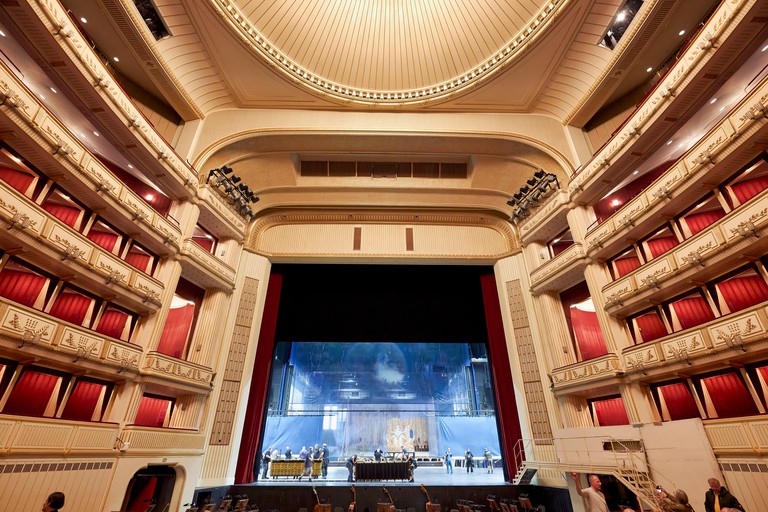 The Vienna State Opera is one of the best places to hear classical music in Vienna | © MB_Photo / Alamy Stock Photo
One of the most famous opera houses in the world, the Staatsoper is open for around 300 days each year, with dozens of operas and ballets in performance each season. The opera house has even featured a handful of premieres by musical greats both new and old, such as Ludwig van Beethoven, Olga Neuwirth and Wolfgang Amadeus Mozart. “Whether you’re new to the classical world, very traditionalist and want to experience classical music, or if you want to see famous musicians perform, go here,” Rodriguez enthuses. The opera has a smart dress code, so those wearing shorts or casual clothing could be denied entry. Want to go to the opera for €10 (£8.50)? Standing-room tickets become available at the box office on Operngasse one hour and 20 minutes before curtain call.
Open In Google Maps
2 Opernring, Innere Stadt Wien, Wien, 1010, Austria
+431514442250
Visit Website
Give us feedback 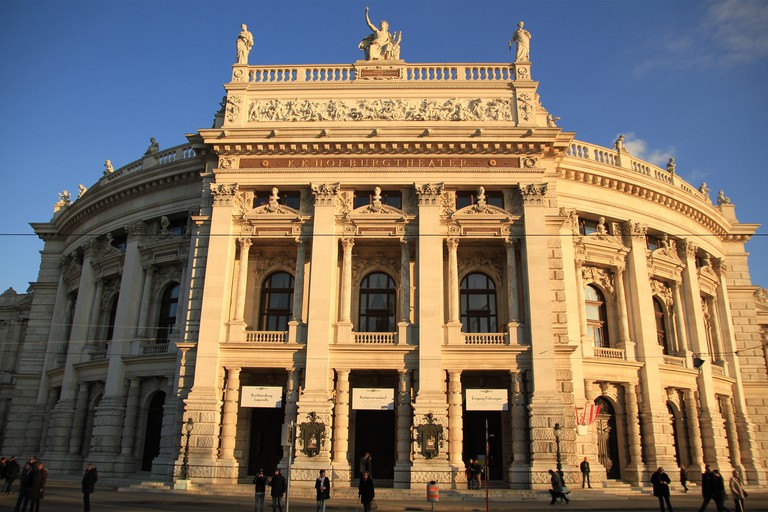 Those wanting a programme with more edge than that offered at the Staatsoper should head to Theater an der Wien. “It’s super eclectic and more modern,” says Rodriguez, who is in the theatre’s house choir. “You won’t have the traditional classical music repertoire. You have things that haven’t been played in a long time, or aren’t very commercial.” For the 2019/2020 season, the theatre’s programme is focused on strong women, with showings of Antonín Dvořák’s Rusalka, Gaspare Spontini’s La vestale, Stanisław Moniuszko’s Halka and more. The building’s history goes back more than 200 years – Ludwig van Beethoven was the theatre’s resident composer and director of music a few years after it first opened in 1801. The theatre offers guided tours in German for €7 (£6).

One of the biggest cultural centres in Europe, Werkstätten- und Kulturhaus (WUK, or “workshop and culture house”) occupies a former locomotive factory and hosts dance performances, plays, exhibitions and, of course, live music. Past performers have included The White Stripes, The Cardigans and Emir Kusturica & The No Smoking Orchestra. With its ivy-clad walls and long tables, the courtyard is a great place to hang out. “It’s very homey,” Putz says. Inside, during concerts, the focus is entirely on the music. “It’s not that big, so you can be near the artists. It’s totally dark in there. There’s no light except on the stage. I really like that there is nothing that distracts you.”

Vienna is full of trained classical singers, many of whom practice their repertoire in low-stakes environments such as the city’s cafés and restaurants. “I have a lot of friends who, when they are preparing for a competition or adding new music to their repertoire, go to Café Bellaria to practice their performance or try to combat their stage fright,” Rodriguez explains. Located near the MuseumsQuartier, Parliament and the Volkstheater, Café Bellaria is in the centre of the action in Vienna. The café offers Austrian dishes, coffee drinks and pastries alongside what Rodriguez describes as “a kind of classical karaoke.”

For a similar experience to Café Bellaria, but with a punk rock twist, Putz suggests an intimate café-bar, Polkadot. The venue stages concerts featuring alternative rock, jazz, soul, folk, indie and even swing. This is “not a concert hall,” Putz emphasises, but it’s a great place to listen to live music in Vienna. “There’s a small stage in the corner,” she says, suggesting Polkadot for spontaneous evenings. “I have really discovered a lot of good music just by sitting there.” To go with the music, Polkadot sells craft beers, whiskies and wine at affordable prices.

Opened in 1913, the Wiener Konzerthaus (Vienna Concert House) was designed in an Art Nouveau style and offers a packed programme that runs from September to June and consists of hundreds of performances that span genres, including soul, jazz, Baroque, Renaissance and more. Visiting the venue is “a cool experience,” says Rodriguez, for whom the Concert House is a go-to for live music. And it’s not just the music that makes the venue worth visiting: “The halls also make you feel very grand,” she says. The Concert House hosts several popular festivals throughout the year, such as the Resonanzen, a festival focusing on historic music, such as Medieval and Baroque. In 2020, the festival’s theme will be the Ten Commandments. 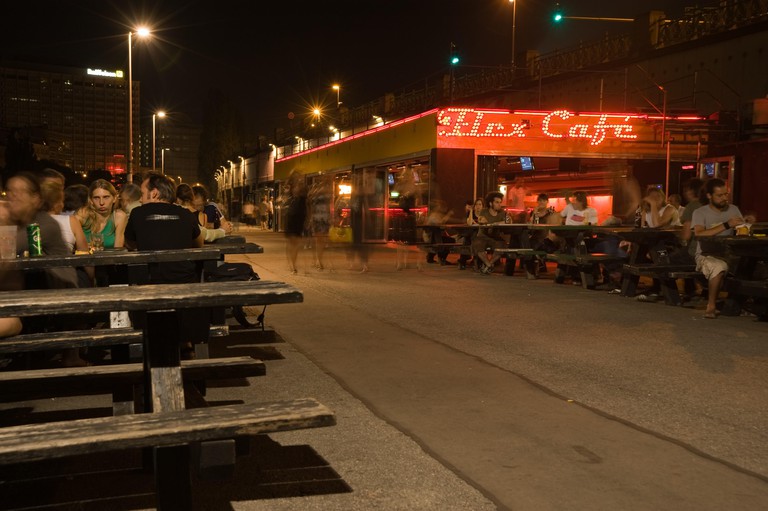 Sit outside to enjoy a drink before enjoying concerts at Vienna's Flex club | © allOver images / Alamy Stock Photo
Situated on the banks of the Danube canal, Flex is a long-established, well-known club and concert venue that hosts indie, hip-hop and electronic acts, and more. “It’s nice in the summer to sit outside near the water before going inside to the concert,” Putz says. Performances take place in a large inside hall, and there’s a small café where concerts also take place. Be prepared: Flex has a grungy vibe, and nights inside tend to get sweaty and energetic. Drinks are on the cheap side, with beers under €4 (£3.40) and shots under €3 (£2.55). Flex’s address is a bridge, and you’ll find it right by – you can walk down to the canal at Augartenbrücke to reach the entrance.
Open In Google Maps
1 Augartenbrücke, Innere Stadt Wien, Wien, 1010, Austria
+4315337589
Visit Website
Give us feedback

Concert Hall
Facebook
Email
Twitter
Pinterest
Copy link
Share
Map View
In the mood for a concert crawl? Putz suggests heading to the Gürtel, a road that runs through Vienna’s centre and that has clubs clustered underneath, inside its arches. “There are three really good clubs here: B72, the Chelsea and the Rhiz,” Putz explains. Each of these clubs has a different music style: “They’re all really small. In the Chelsea, it’s mostly Brit pop and punk; in B72 it’s all kinds of music, from hip-hop to rock to pop; and in the Rhiz, it’s experimental music.” Putz says that a visitor to this area could easily see five different concerts in one night. “They’re very cheap. Sometimes free, sometimes €10 [£8.40]. You can see a lot for a little bit of money.”
Open In Google Maps
72-73 Hernalser Gürtel, Josefstadt Wien, Wien, 1080, Austria
+4314092128
Visit Website
Give us feedback

This is an updated version of an article originally created by Liz English.