You Can Now Use Data Roaming Free Across Europe 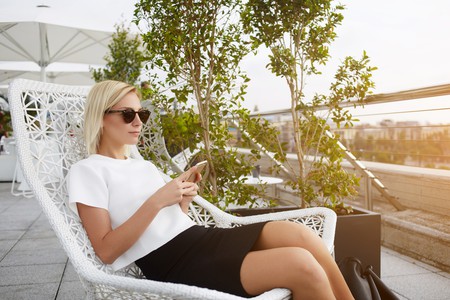 Europeans can now use their data abroad without incurring additional phone charges, after officials in Brussels announced they have finally put an end to roaming costs. Rejoice!

An official statement from the European Council said: ‘As from 15 June, mobile users travelling to other countries in the EU will be able to call, text or surf the net without paying any extra charges.’

To confirm the good news, Italian politician and member of the European Parliament Gianni Pittella tweeted, ‘we are finally ending roaming surcharges from tomorrow’.

Goodbye #roaming, welcome Europe! We are finally ending roaming surcharges from tomorrow. We all are a bit more European! pic.twitter.com/fxL9GtZwPa

The announcement follows months of back and forth between EU officials and service providers who finally agreed to do away with pesky fees that find unwitting travellers returning home to a hefty phone bill.

Nicknamed ‘roam like at home’ the new rules apply to those living in Europe who are travelling to other EU countries. According to the statement: ‘It will also be introduced in Iceland, Liechtenstein and Norway shortly after 15 June.’

However as keen-eyed holidaymakers were quick to point out, the new rules apply to roaming only. Anyone who calls a foreign number or sends a text will still incur additional charges way above their normal rate. Before flying, it’s best to check exactly how the new rules work.

It’s also unclear how Brexit will affect the deal, but likely that the UK will have to negotiate its way back into the digital single market from 2019. This is just way that leaving the European Union is expected to affect travellers.