Winter Sports Destinations That Will Make You Feel Like an Olympian 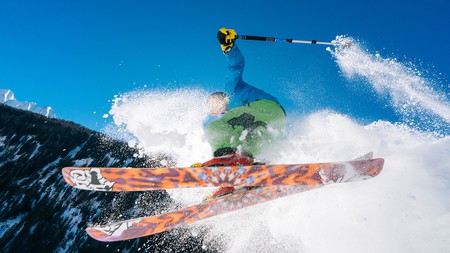 With the 2022 Winter Olympics due to be held in Beijing in February, snow sports can expect a boom in popularity. If you’re keen to get a taste of the Olympic spirit, choose one of these epic winter holiday destinations for your next alpine adventure. Whether you’re into skiing, snowboarding or cross country, here are the best ski holidays from around the world. 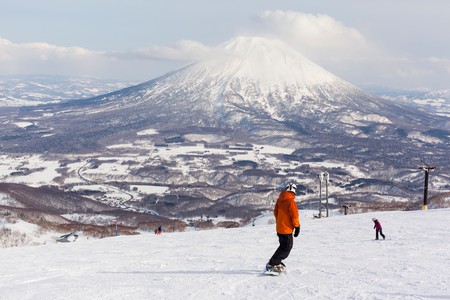 Japan has hosted the Winter Olympics twice, in Sapporo in 1972 and Nagano in 1998. Today, however, the star of Japanese skiing is Niseko, an hour’s drive from Sapporo in the Hokkaidō prefecture, known for its quality powder and onsen – traditional Japanese baths. Multiple resorts – such as Grand Hirafu and Niseko Village – encompass Mount Yōtei, with 54km (33mi) of pistes between them. The lifts run from the end of November until the beginning of May; try night skiing, possible here daily until 9pm, to glimpse the sun set behind the mighty stratovolcano.

Where to stay in Niseko 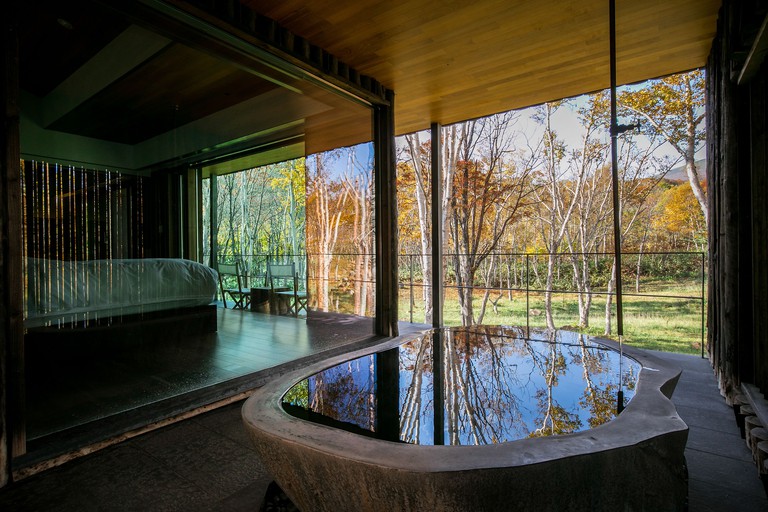 Courtesy of Zaborin Ryokan / Expedia.com
Set within gardens forested with white birch trees, this modernist ryokan (a traditional Japanese inn) is a sanctuary from the slopes. Grand Hirafu is only a 15-minute drive – Zaborin provides complimentary transport – but you’ll feel a world away, surrounded by contemporary, minimalist furnishings, restorative hot springs and elaborate cuisine. Led by design, the spacious guest villas feature floor-to-ceiling windows, Japanese- or Western-style sleeping arrangements and are separated from other suites by inner courtyards. Soak in your own open-air onsen on your private balcony while overlooking Mount Yōtei. 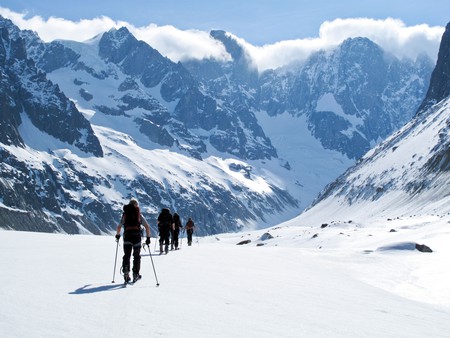 The site of the first Winter Olympics in 1924, Chamonix lies in a valley between the Mont Blanc massif and the Aiguilles Rouges, and offers 155km (96mi) of pistes for beginners and experts alike. Take the two-stage cable car to the top of the Aiguille du Midi (3,840m/12,600ft) and tackle the most famous off-piste ski run in the world, the 22km (14mi) Vallée Blanche. Although not a destination for cheap ski holidays, Chamonix offers unparalleled adventure; hire a guide and explore the vast glacier systems and steep couloirs found under the icy gaze of the highest mountain in western Europe.

Where to stay in Chamonix 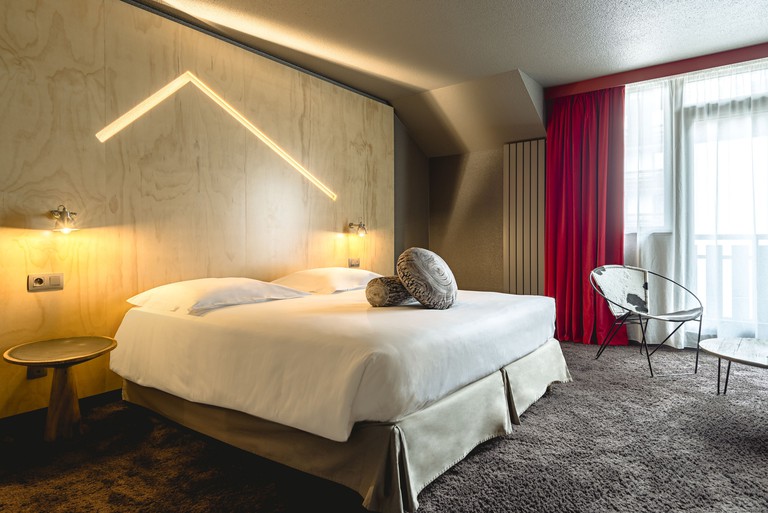 Courtesy of Hôtel Le Refuge Des Aiglons / Expedia.com
Admire Mont Blanc from the terrace and balconies of Le Refuge Des Aiglons, a trendy lodge in the heart of Chamonix. The rooms here are refreshingly contemporary: abstract wall art is complemented by light-wood furnishings and leather touches, and the modern bathrooms shine with slate tiles and standalone sinks. Pamper yourself in the spa; don’t miss the outdoor pool and sauna. The hotel is a four-minute walk from the Aiguille du Midi cable car, so you’ll be up in the mountains in no time. For a detailed breakdown of the French Alps, discover the best resorts in the region. 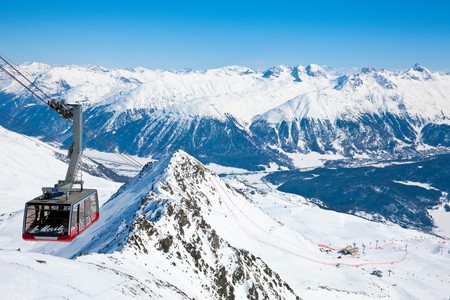 St Moritz is a high Alpine town in the Engadine valley region of Switzerland, and lies 1,800m (5,900ft) above sea level – one of the highest, and most snow-sure, resorts in Europe. Twice the host of the Winter Olympics, in 1928 and 1948, St Moritz caters for all skill levels, but is best known as a wonderland for advanced skiers. Expert runs here include the World Cup downhill race course in Corviglia, the 9km (6mi) long Königsabfahrt (King Run) from Corvatsch via Lake Hahnen, and the Lagalb descent in Diavolezza, generally regarded as the most challenging run in the Engadine.

Where to stay in St Moritz

Courtesy of Giardino Mountain / Expedia.com
A former boarding school for girls, the renovated Giardino Mountain balances clean interior design with heritage features – the former chapel, for example, now hosts the two-Michelin-starred Ecco restaurant. In-room tubs and fireplaces, original Engadine features and an in-house spa, pool and gym make Giardino one of the best boutique hotels in the Swiss Alps. It is less than 10 minutes from Corviglia and Corvatsch; so kick back and embrace the Alpine scenery from your private balcony. 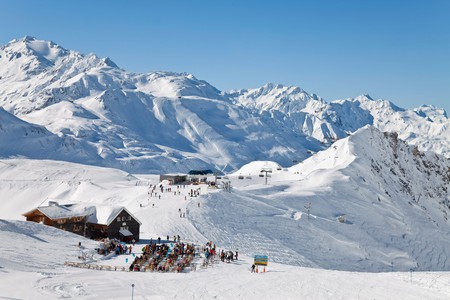 If you’re up for a challenge, St Anton won’t disappoint. The beautiful terrain invites some of the world’s finest off-piste adventures, and has 300km (186mi) of marked trails to entertain all levels of skier. The traditional Tyrolean village itself is set deep in a valley at the foot of the Arlberg pass, and its slopes culminate in the 2,809m (9,215ft) high Valluga. From the summit, you can descend an expert 10km (6km) run, the longest in St Anton. There’s also 41km (25mi) of cross-country skiing for those less vertically inclined. Austria hosted the 1964 and 1976 Winter Olympics in Innsbruck, an hour from St Anton.

Where to stay in St Anton 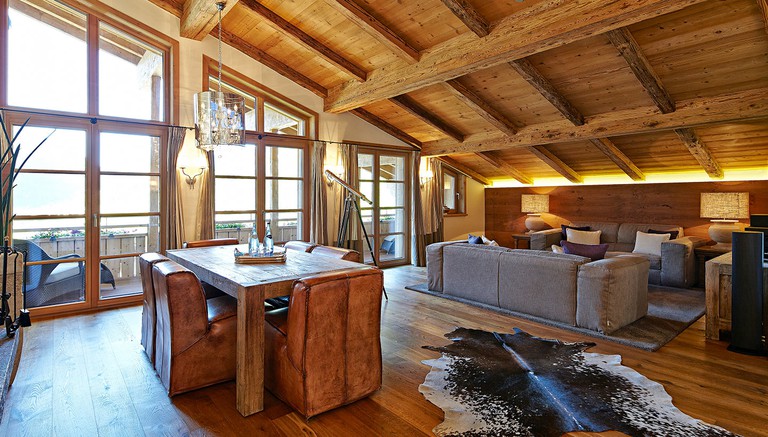 Courtesy of Hotel Tannenhof / Expedia.com
Tannenhof combines ultimate contemporary luxury with the timeless Tyrolean chalet. Wooden beams and panelling adorn the seven modern suites, which come with fireplaces, standalone baths, and balconies that overlook the pristine alpine scenery. Relax in the indoor pool and saunas or uncork one of the 500 bottles of wine in the cellar. The individual services – be that the helicopter shuttle, the personal assistant or the Maserati private car pickup – guarantee a bespoke, opulent stay. For more, read our guide to the best destinations in the Austrian Alps. 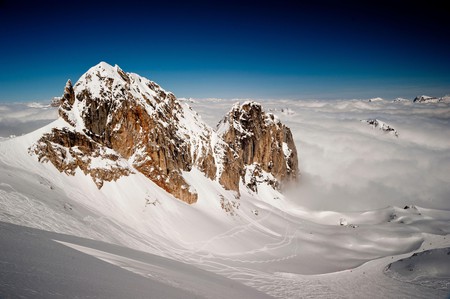 The Queen of the Dolomites is the most upmarket ski resort in Italy, nestled in the glorious Italian Alps. Selected to host the 2026 Winter Olympics, Cortina is divided into different ski areas – the main two are Tofana (the highest) and Pomedes (the largest), both easily accessed from the town. Bus de Tofana is hailed as the best place to ski off-piste in the Dolomites, or you can take in stunning views of the Hidden Valley on a day up high on Cinque Torri. Cortina is also great for snowboarding holidays, with plenty of open terrain for beginners to get their balance.

Where to stay in Cortina D’Ampezzo 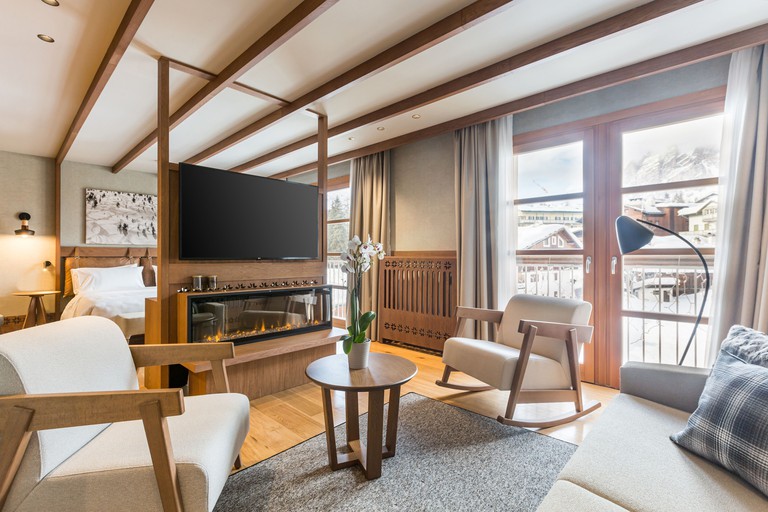 Courtesy of Grand Hotel Savoia / Expedia.com
Since 1912, the Grand Hotel Savoia has welcomed the likes of Leo Tolstoy and Sophia Loren to its stately halls. Modernised to incorporate wood-panelled walls, beams and ample low seating, it’s a sleekly designed base in the centre of Cortina. Five-star finishes continue in the open-plan rooms, where natural tones complement modern furniture and electric fireplaces. The health club and sauna are the perfect spots to unwind after a day outdoors. 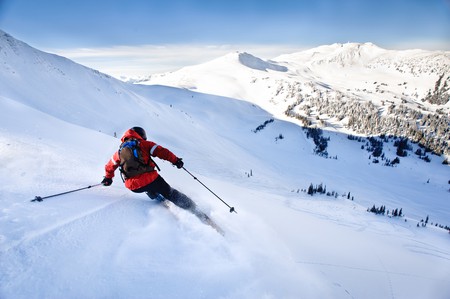 For a ski holiday in Canada, look no further than Whistler Blackcomb. Host of key events in the 2010 Winter Olympics and only a scenic 90-minute drive from Vancouver, Whistler Blackcomb often ranks as one of the best ski resorts in the world. With two snow-sure mountains, 240 runs and 3,240ha (8,000 acres) of skiable terrain (including 890ha/2,200 acres of black and double-black runs) it’s easy to see why. Whistler is also ideal for family ski holidays, thanks to its beginner slopes and great teachers. If you’re looking for something a little different, discover the best places to ski in western Canada other than Whistler.

Where to stay in Whistler 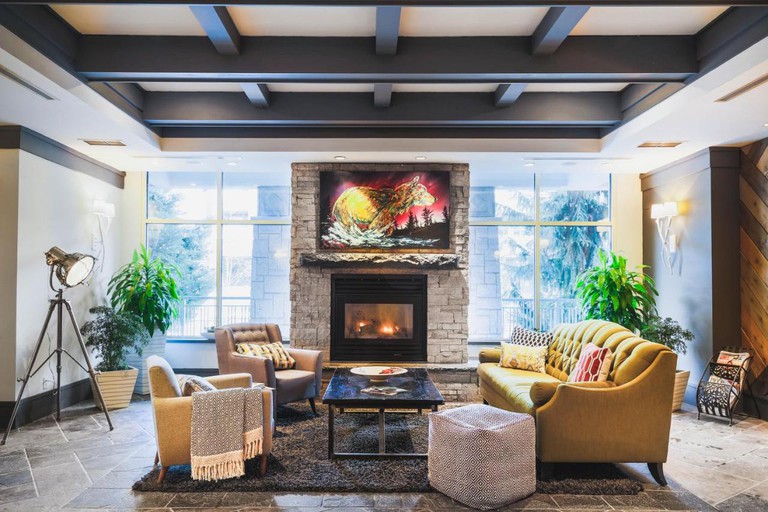 Courtesy of Summit Lodge Boutique Hotel / Booking.com
In a resort town filled with large-scale, big-name hotels, Summit Lodge stands out from the conventional crowd. Whimsical paintings and bold-print wallpapers embellish luxury facilities – the Lotus Spa, heated pool, hot tub and sauna – and you’ll have the convenience of being right in the town centre. The spacious studios all come with kitchenettes, electric fireplaces and balconies. The hotel mascot, an adorable handmade Stuf’d Monster, will also be there to greet you.
Give us feedback