This Is Europe's Ultimate Road Trip 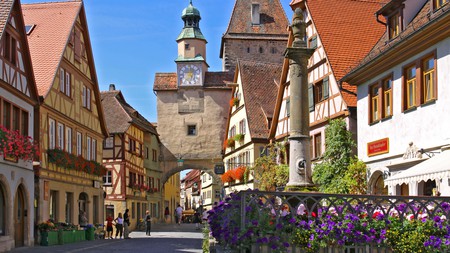 A journey along the Romantic Road, stretching between Würzburg and Füssen in Bavaria, is Europe’s ultimate road trip. Culture Trip has a complete itinerary for you, including the best time to visit, how to get there and what to see.

The 400km (249mi) Romantic Road, known for its alpine views, chocolate box villages and medieval splendour, was introduced in the 1950s to boost tourism after the war. It now links the walled towns of Rothenburg ob der Tauber, Dinkelsbühl and Nördlingen with the cities of Würzburg and Augsburg and the Alps in the south. Driving it takes just a couple of days – but it would be a mistake to whizz past the fairy-tale towns, wild rivers and imposing castles you’ll see on the way. Linger longer and enjoy the journey instead: it’s even possible to cycle or walk the route, if you have more time and energy. There are several cycle paths away from the main road, the route is largely flat and a bike map is available from nearby tourist offices. 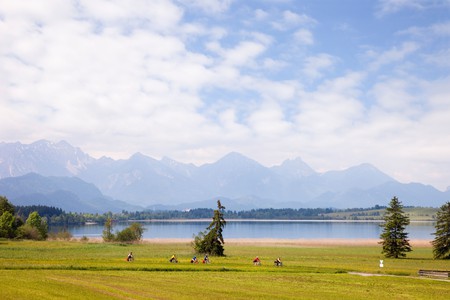 Choose the direction you want to travel before you book. Frankfurt airport is convenient for starting the journey in Würzburg and travelling south, as most people choose to do. This way, it’s possible to add on days for hiking or skiing in the Alps. Munich is better if you’d like to travel from Füssen and head north to Würzburg. It’s very easy to hire a car at either airport, although there are plenty of locations in Würzburg and Füssen themselves where you can also arrange a rental. It’s even possible to travel the road by public transport – there is no direct train, but a bus service runs in both directions along the route. 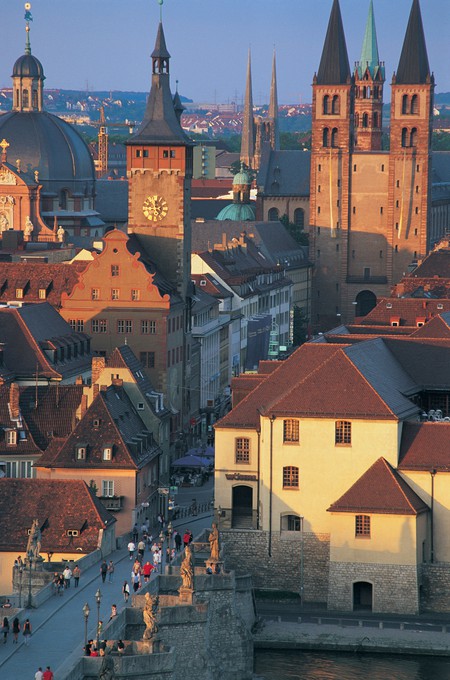 The summer months are the most popular for travelling the Romantic Road – particularly if you’re cycling – because you can enjoy the long, light evenings, al fresco dining and outdoor festivals and markets. However, this is also the region’s busiest time, and the castles and the narrow cobbled streets of the towns will be crowded. Try to visit in spring or autumn instead, to escape the masses and make the most of the region’s vineyards, which hold weekend wine festivals from as early as April until the harvest in late autumn. These offer tastings of new vintages, temporary taverns, entertainment and firework displays. 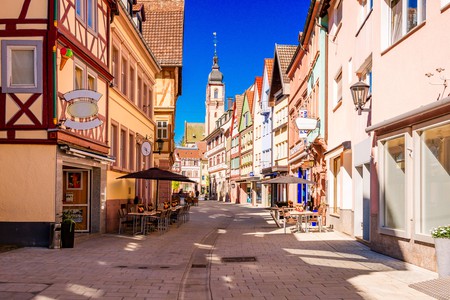 The route is also magical in winter, when it is lined with snow-capped forests, cosy candlelit pubs and Germany’s famous Christmas markets. These fairy-lit winter wonderlands are held throughout December in Rothenburg ob der Tauber, Dinkelsbühl, Würzburg, Augsburg and Nördlingen, selling local handicrafts, traditional food and warming Gluhwein (mulled wine). Snow is possible as late as March, so be sure to double-check that your hire car comes with winter tyres to be on the safe side. 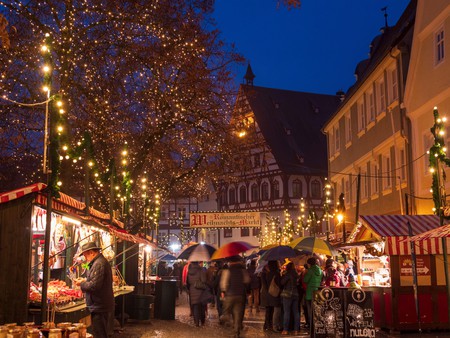 If your timing’s right, you can check out Nördlingen Christmas market | © Ernst Wrba / Alamy Stock Photo

Slow down and enjoy the journey by staying in any of the chic luxury hotels, cosy guest houses and family-friendly campsites, packed with facilities, along the way.

One of the best is the Campsite Romantische Strasse, which offers fully equipped mobile homes and tent pitches plus a restaurant, indoor pool, minigolf and a bathing lake with a water playground. Kids will also love Lech Camping close to Augsburg, with its private lake, free boats and table tennis. Elegant Hotel Das Rübezhal near Füssen is a worthy final splurge for its open fires, expansive spa and heated outdoor pool overlooking the Alps and Neuschwanstein Castle. 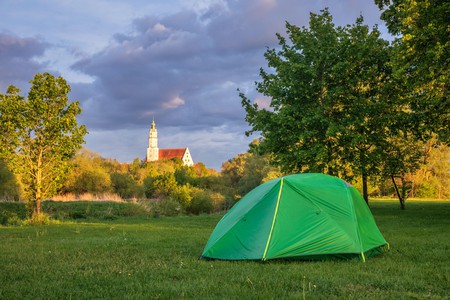 Cruise past pine trees, dappled lakes and hillside vineyards from Würzburg to Rothenburg ob der Tauber – a walled medieval town of flower-filled window boxes, cobblestone alleyways and painted houses straight from a storybook. Guided tours are offered from the market square to the fascinating Alt-Rothenburger Handwerkerhaus, where artisan craftspeople worked for over 700 years.

Head onwards to Dinkelsbühl, with its higgledy-piggledy half-timbered houses, city gates and fortified towers. On the way to Bavaria’s oldest city of Augsburg, it’s worth a quick stop in Nördlingen, located in the crater of a meteorite impact from 15 million years ago. More recently, it was used as a backdrop in the 1971 film Willy Wonka & the Chocolate Factory.

Other unmissable sights along the way include the astonishingly well preserved 11th-century Harburg Castle, one of the most intact castles in Germany, plus the medieval gates in riverside Donauwörth. 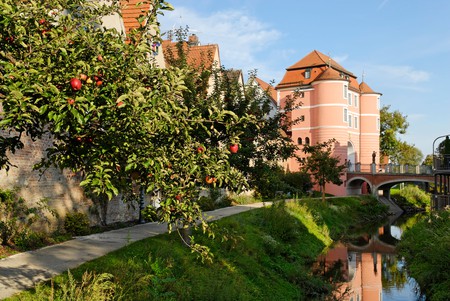 Further south, stop at the ornate rococo church in Pfaffenwinkel before admiring the spires and turrets of King Ludwig II’s 19th-century hilltop Neuschwanstein Castle, which overlooks the Bavarian Alps. This extraordinary sight is the most-visited castle in Germany and the inspiration for Disney’s Sleeping Beauty palace. Don’t hurry on to the sorbet-coloured Old Town in Füssen until after sunset so that you can capture the castle as its most bewitching – it could well be the most romantic sight of all on this unforgettable road trip. 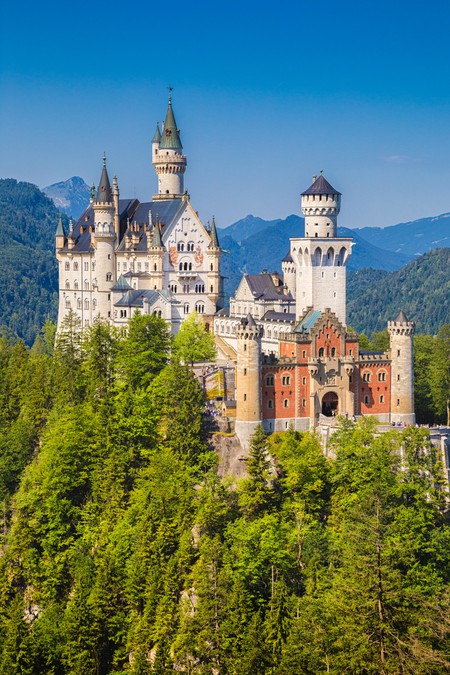