This Map Shows the Most Popular Netflix Show in the World, and It's Not What You Think 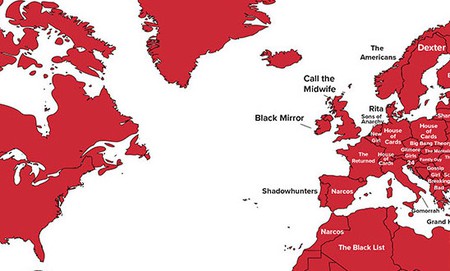 A few months back we revealed who’s watching what and where in the United States. This time, the people at High Speed Internet have gone even further and have found out what everyone’s streaming the most…drumroll please…in the world!

So, you probably think it’s The Crown, right? Well, you’re wrong. It turns out BBC’s Sherlock is the winner! Second place went to American sitcom Friends, followed by Netflix Originals Narcos and House of Cards. Coming in at fifth place went to Fox’s New Girl, a hilarious sitcom following the life of a quirky teacher. 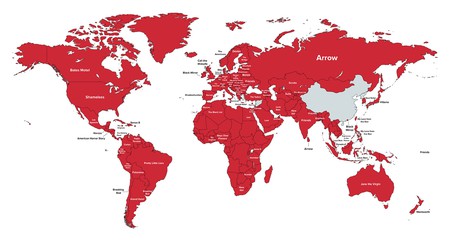 The study didn’t just reveal the most popular show though. According to the whizzes at HSI, they were also able to determine where in the world Netflix is the most popular. Netflix has around 70.5 million global subscribers, and amazingly 53% of them hail from the United States. And if you’re wondering where the rest of the Netflix posse come from, shout outs to Canada, Ireland, Australia, the UK, New Zealand, Puerto Rico, Denmark and Norway!

With over 190 countries and 21 mother tongues catered to, HSI also put a rather pretty animated map together to illustrate just how much the global TV network has grown over the years.

Oh, and, if you were thinking about it, this infographic shows which countries pay the most for Netflix:

Here’s the list of the most popular shows in full:

Love Maps? This one shows the best and worst US cities for music fans!