The Oldest Newspapers in the World 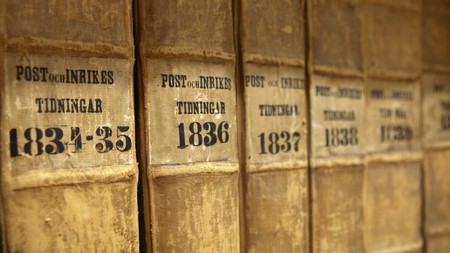 From the first newsbook-style publication in 1605, to arguments about which newspaper was the first English-language iteration – not to mention mergers, acquisitions and buyouts – the history of print media certainly isn’t a straightforward one.

As the world moves towards digital at every turn, questions are unsurprisingly being asked about the future of print media. Digitally or not, however, the newspaper is still one of the first places we turn for news. With more and more papers moving online, hiding articles behind paywalls and monthly subscriptions, print may not be dead so much as adapting – moving into a new era of life. In order to move forward, however, we must look back.

One of the oldest newspapers still operating – Swedish publication Post- Och Inrikes Tidningar – was founded in 1645 and now operates as an online-only publication. There are others; some still functioning, others long defunct. They all have one thing in common – paving the way for news as we know it today.

Here, we dive back in time and look at some of the most notable historical newspapers and their legacy on news media today. 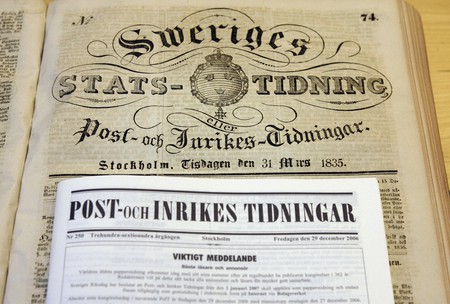 This German newspaper is widely believed to be the world’s oldest. First published in Strasbourg in 1605 by Johann Carolus, it is recognised by the World Association of Newspapers as the first – though some dispute this claim, as it was published in a style that would classify it as a newsboy rather than a newspaper. Nevertheless, based on function, it is undeniably the first iteration of newspapers as we know them today. The name translates as “account of all distinguished and commemorable stories” – having a catchy title clearly wasn’t a priority in the 1600s. 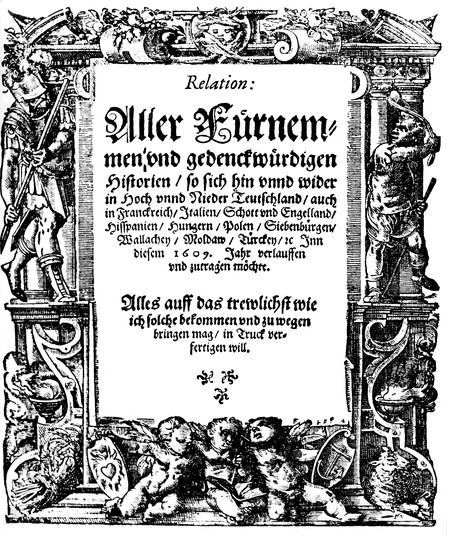 The first Dutch newspaper was published in June 1618 under a name which translates as “Current Events From Italy, Germany etc”. It is widely believed to be the first broadsheet newspaper, and thus, based on form rather than function, the first publication to run in the same format as newspapers today. It is believed to have been published until 1672, having turned into the De Telegraaf after a series of mergers, and is still published in The Netherlands today. 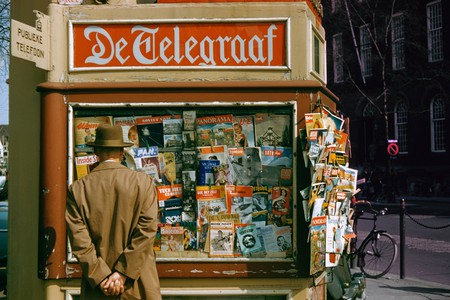 First published in Paris in May 1631, La Gazette was the first French Language weekly newspaper and magazine. It was rather biased in its output, voicing the opinions of royalist group the Legitimists and famously not publishing anything about the French Revolution. It ran until 1915, when the increase in competing publications spelled the end for La Gazette. 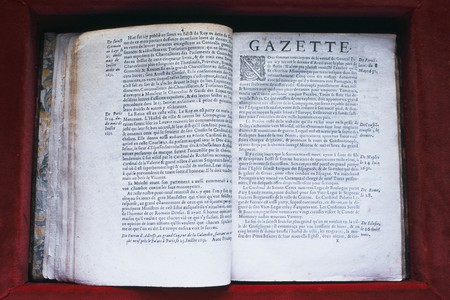 The Gazette was the first French newspaper | © JARRY / TRIPELON / Getty

Ordinary Post Tijdender is the oldest newspaper still in production. First published in 1645 by Queen Christina and Chancellor Axel Oxenstierna, the Swedish newspaper is now online-only and, after a merger with the paper Inrikes Tidningar in 1821, now operates under the name Post- och Inrikes Tidningar. You have to admit, a 380-year tenure is pretty impressive. 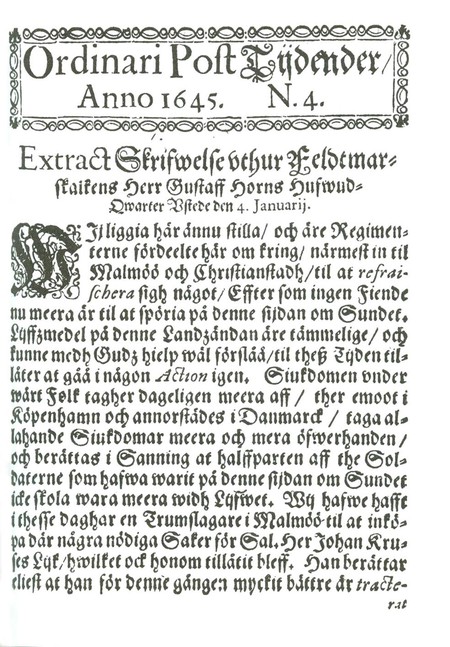 First published on 7 November, 1665, The Oxford Gazette is believed to be the first newspaper in the world printed in English. Renamed The London Gazette in February 1666 when the publication moved to the capital city, it claims to be the world’s oldest surviving English-language and UK-based newspaper. However, as it publishes statutory notices rather than general news, many other publications – such as Berrow’s Worcester Journal – contest this claim. 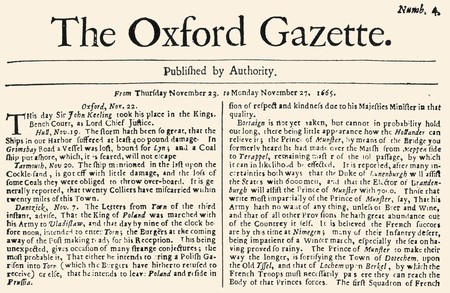 Founded in 1690 as the Worcester Post-Man, the name of this publication changed first to the Worcester Journal and then, in 1748, to Berrow’s Worcester Journal after it was purchased by Harvey Berrow. It also claims to being the oldest newspaper in the world in continuous and current production – and, as it posts general news, has a good case for taking the title from The Oxford Gazette. Semantics, huh?

The Press and Journal

First published in 1747 as Aberdeen’s Journal, the paper was renamed The Aberdeen Press and Journal in 1922. It functions as a daily regional newspaper serving northern and highland Scotland, including the cities of Aberdeen and Inverness. It is the oldest surviving newspaper in Scotland.