The Oldest Castles in the World That You Can Still Visit 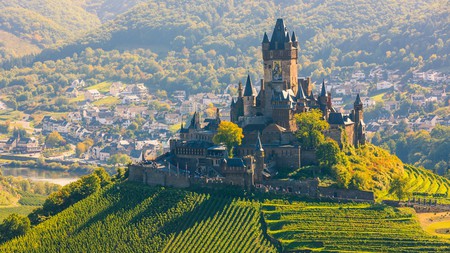 Believed to have been built around 1000CE, Reichsburg Cochem is as historical as it is spectacular | © Henk Meijer / Alamy Stock Photo

Like something straight out of a fairytale, these magnificent castles have stood the test of time – from wars and famines, to floods and earthquakes – and are still standing today. Medieval fortresses and Renaissance chateaux, these awe-inspiring buildings are steeped in history and are an important part of our global human heritage. 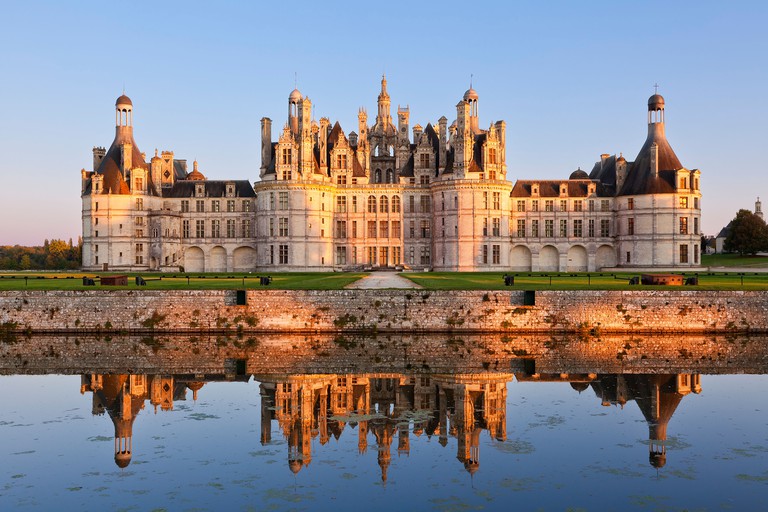 The largest and most prestigious of the many castles or chateaux of the Loire Valley in France, the Chateau de Chambord was built for King Francis I in the 16th century. The Chateau de Chambord is famous for its distinctive French Renaissance architecture; on the one hand it borrows features from classic Medieval castles (such as a moat and walls, albeit ornamental in this case) and blends them with contemporary Renaissance structures. 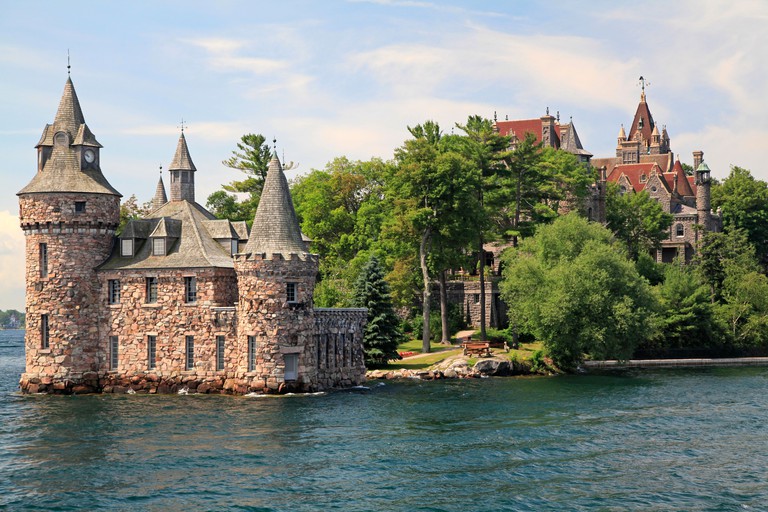 © Vlad Ghiea / Alamy Stock Photo
If you were under the impression that you had to be in Europe to see castles, you’re wrong. This turn of the 20th-century wonder was constructed by George Boldt and intended to be a luxury residence for his wife, Louise. Comprised of six storeys built in keeping with Medieval-style castles, the Boldt Castle stands on a small island known as Heart Island in the Saint Lawrence River. Abandoned for some 70 years after Louise Boldt’s death, the castle is now maintained and run by the Thousand Islands Bridge Authority. 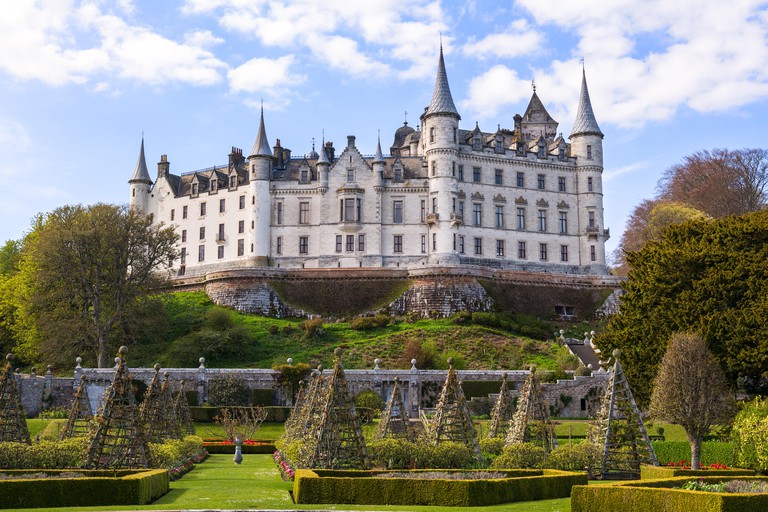 © Tomas Darguzis / Alamy Stock Photo
If the building today known as Dunrobin Castle was completed in 1845, there are records of a castle in this place since the 15th century – the oldest part of the current building dating back to then – with many indications there was a fortress here since the early Middle Ages. Boasting some 189 rooms, the mansion is the largest castle in the northern Highlands. The historic seat of the Clan of Sunderland, it briefly operated as a private boarding school before being opened to the public. 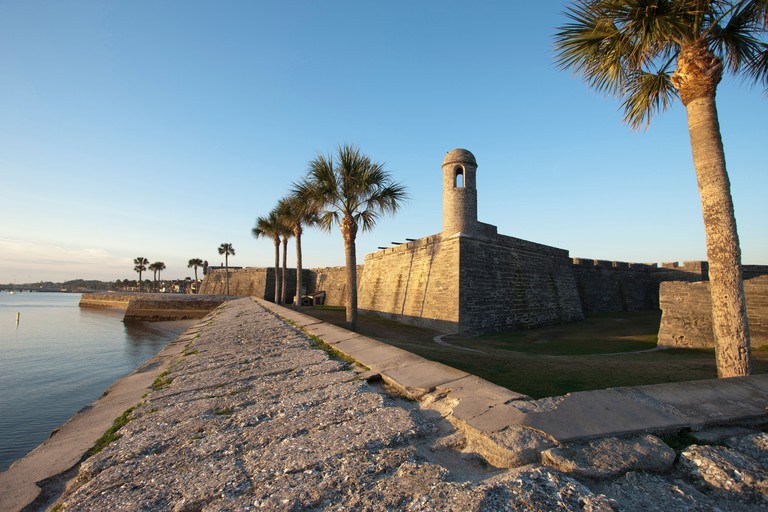 © Russell Kord / Alamy Stock Photo
Another castle to be found in the USA, the Castillo de Sant Marcos or Castle of Saint Marc is the oldest masonry fort in the USA. It was constructed in the 17th century on the order of the Spanish Governor Francisco de la Guerra y de la Vega to protect the city from foreign attacks. The building consists of four bastions – each named after a different saint – and a fortified wall, much of which is made from a type of stone called coquina, consisting of broken-down pieces of shell bound with limestone. 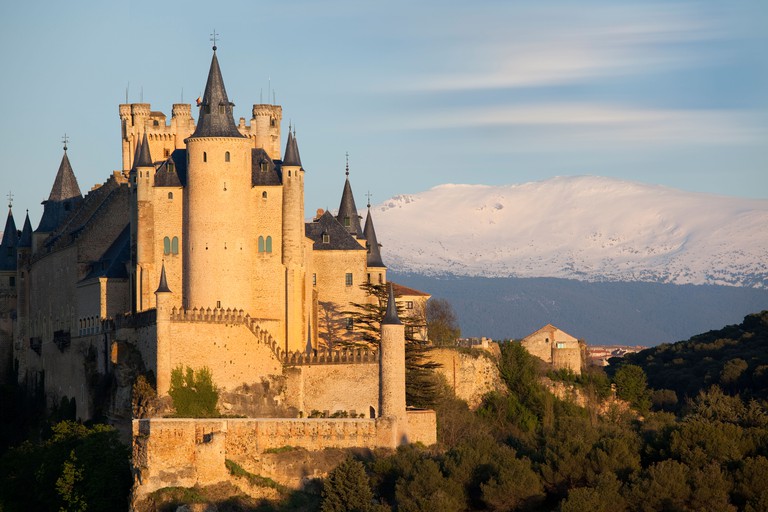 The first fortress built on this area was constructed by the Ancient Romans, little of which aside from the foundations remain. Later, the Moors built a fortress here for the Almoravid dynasty which ruled this part of Spain until the 11th century. This is when the original mentions of an ‘alcazar’ – a Moorish word for castle – first appear. While the Muslim fort, believed to have been made of wood, was mostly destroyed and replaced with the current stone construction, the castle kept the name Alcazar of Segovia. 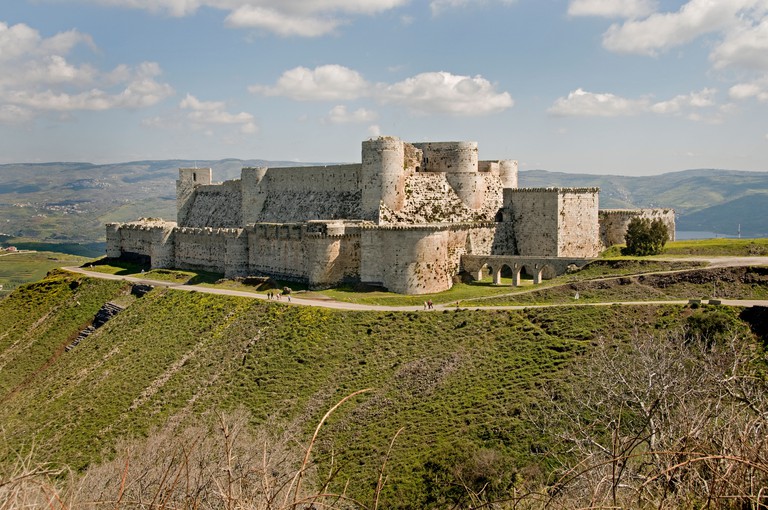 Back in the early 20th century, the great Lawrence of Arabia remarked of the Krak des Chevaliers that it was ‘perhaps the best preserved and most wholly admirable castle in the world’. The castle was founded by the crusaders who set off to Eastern Mediterranean and Middle-Eastern Muslim countries to rage holy war. In the 11th century, the crusaders conquered a Kurdish fort that stood in this spot and by the 12th-century constructions began on the fortress which stands there today. 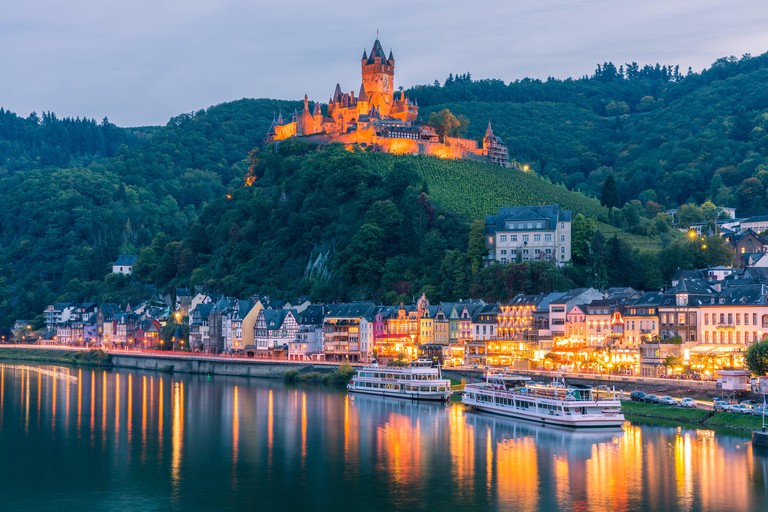 While there are no records of when the castle was first built in Cochem, it’s widely believed to have been constructed around the year 1000. In the 12th century, the Cochem castle became an imperial castle at the time when the Staufer dynasty reigned in Germany. However, in the 17th century, the castle was attacked by the French who left it in ruins and largely abandoned until the 19th century when it was acquired by Berlin businessman Louis Fréderic Jacques Ravené, who restored it in Gothic-Revivalist style. 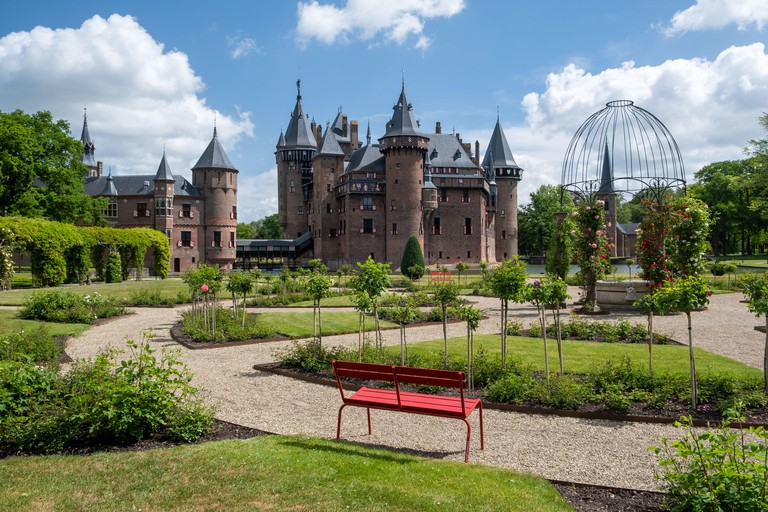 If the castle here first came into ownership of the De Haar family in the 14th century, little remains of this original construction except for the name. Following a series of pillages, periods of abandonment and war, the De Haar castle was finally restored in 1892 with funding from the wealthy Rothschild family. Prominent architect Pierre Cuypers was hired for a period of 20 years to design the Neo-Gothic castle with some 200 rooms and 30 bathrooms, fitted with what were at the time very modern furnishings such as electric lights and steam-powered central heating. 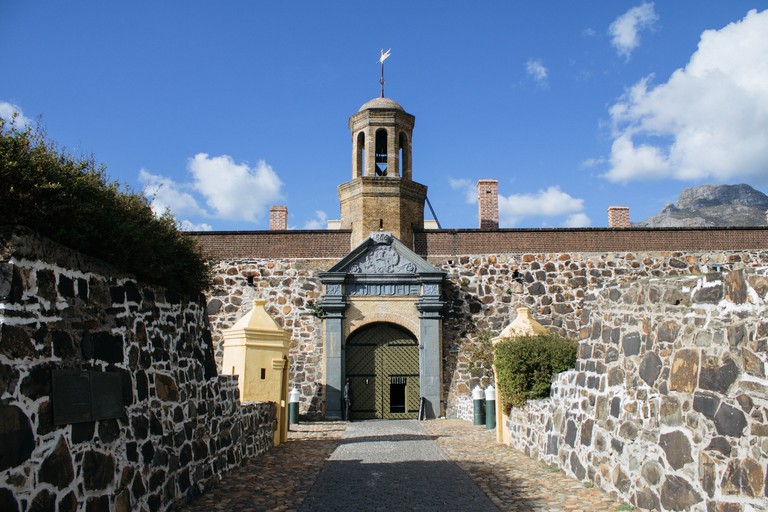 © Jess Stafford / Culture Trip
Known to be the oldest existing colonial construction in South Africa, the Castle of Good Hope was built by the Dutch East India Company in the late 17th century. The Dutch settlement here served as a place of replenishment for ships making the long journey from the Netherlands to Indonesia. A pentagonal stone fortress, the castle housed a church, bakery, shops and living quarters, as well as a large bell which was used to tell the time and issue warnings in case of danger. 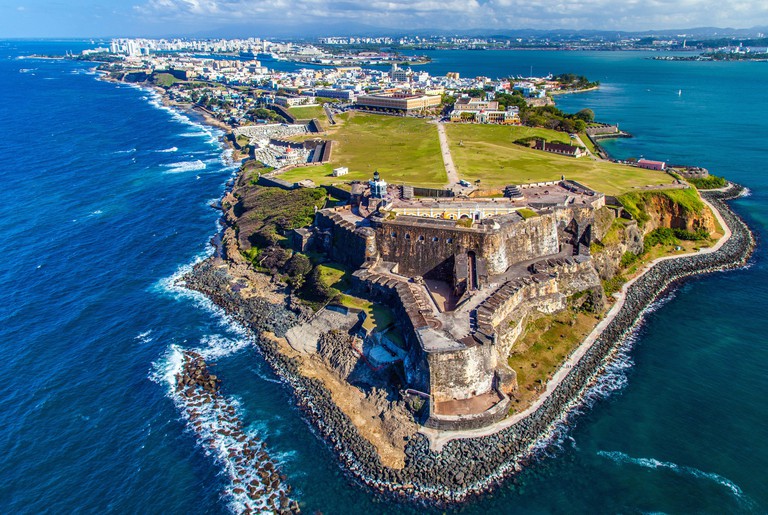 This Puerto Rican fortress was constructed upon orders of the Spanish King Charles V in the 16th century and displays the common features of Spanish military fortress of the time. The castle came under attack many times, not least by the famous Sir Francis Drake of England, who failed his endeavour. The castle finally came under American rule in the 19th century during the Spanish-American War, which ended with Spain ceding ownership of the islands of Puerto Rico, Cuba, Guam, and the Philippines to the United States. 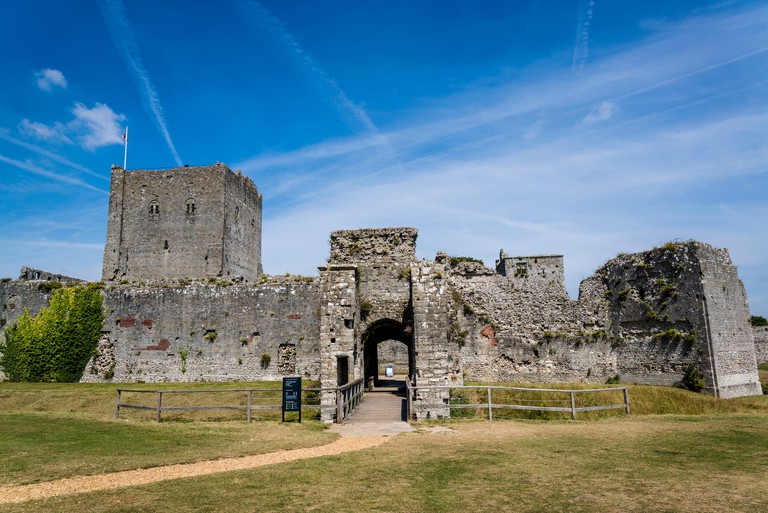 What remains of this grand Medieval castle can be found to the north of Portsmouth harbour on the southern coast of England. Believed to have been constructed during the 11th century, Portchester Castle displays typically Roman features (such as D-shaped towers) which are believed to have been incorporated into the construction from pre-existing Roman foundations. Used as a prison throughout much of the 17th century, today the castle is open to the public for tours and exhibitions. 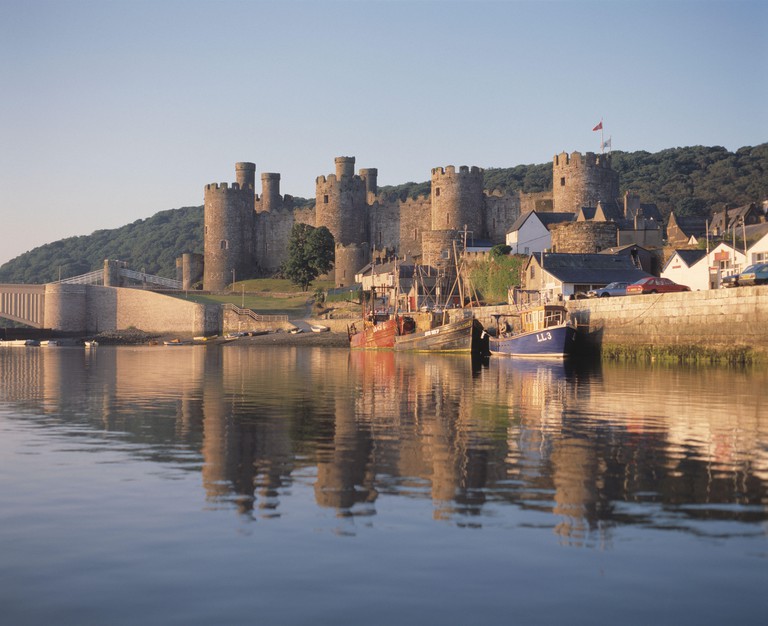 Described by Unesco as “one of the finest examples of late 13th century and early 14th-century military architecture in Europe”, Conwy Castle was constructed by Edward I during his conquest of Wales in the 13th century. Composed of an inner and outer wall, the castle boasts eight large towers and two barbicans, as well as its own private access to the sea allowing it to be resupplied with water. 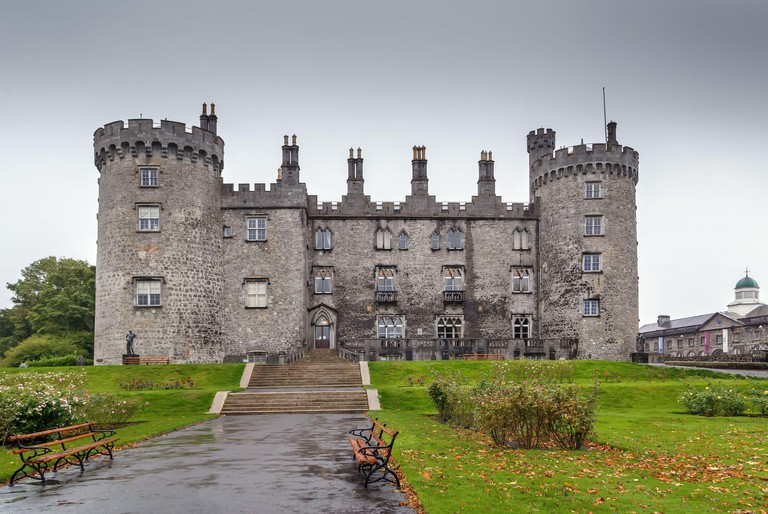 © Zoonar/Boris Breytman / Zoonar GmbH / Alamy Stock Photo
Dating back to the time of the Norman Conquests, the first stone-made castle in Kilkenny was finished in the year 1213 and would have served an important role in defending the town against attackers. Originally a square-shaped castle with four towers – three of which remain visible today – major extensions and refurbishments were carried out in the 20th century. The Kilkenny Castle was sold to the state of Ireland in the mid-20th century for £50 and is today one of the most visited tourist sites in Ireland.

Holidaying in the States? See the Culture Trip guide to the most beautiful castles in the USA.