Bayreuth in Germany, Lucerne in Switzerland, and Salzburg in Austria: these three cities are home to Europe’s best classical music festivals. Taking place every summer, these stunning music events were inspired by virtuosos of classical music and have withstood many historical and political trials and tribulations.

A composer who sets up his own classical music festival, stages his own operas only, and goes as far as building his own theatre to stage them, might be considered a madman. But does this still stand when it is revealed that the narcissist at stake is a genius known as Richard Wagner?

The Bayreuth Festival was first launched on August 13, 1876 in Bayreuth, Germany. Every summer since then, Richard Wagner’s works are presented in the Bayreuth Festspielhaus, a beautiful and historical theatre perched on a picturesque hill. To accommodate his majestic theatrical compositions that forever changed the world of classical music, Richard Wagner was allowed to demand modifications to the Festspielhaus. Most notably, he had the orchestra move below the stage, leaving the whole scene to the grand sets and spectacular effects he so much cherished. Indeed, Richard Wagner had a very clear idea of what an opera has to be: he called it the Gesamtkunstwerk. Mostly translated as ‘total work of art’, a Gesamtkunstwerk is the very pinnacle of artistic expression, achieved through the coming together of several art forms (drama, poetry, music, dance, etc.) in a staged opera. 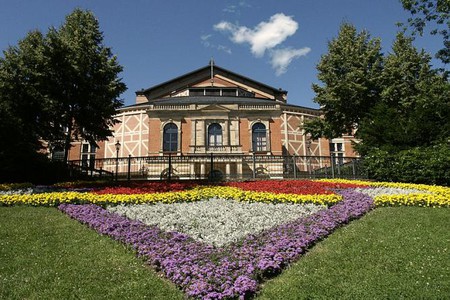 Today, 138 years after its opening, the Bayreuth Festival continues to be an outstanding event in the world of classical music. Every summer, the quaint German city of Bayreuth attracts the best singers and orchestra conductors on the planet, alongside prominent international personalities and an enthusiastic public. Because the demand for tickets is almost ten times higher than the amount available, Wagner enthusiasts might have to wait for up to five or more years before taking a seat in the Bayreuth Festspielhaus.

Somewhat surprisingly, the festival is often surrounded by controversy. The reenactments – or better yet, reinterpretations – of Wagner’s operas have repeatedly been met with disappointment: last year, the premiere of Ring ended with Director Frank Castorf provokingly standing in front of a booing audience, his arms folded.

The Bayreuth Festival is, nonetheless, a giant on Europe’s classical music scene and is held every year from the end of July until the end of August.

The Lucerne Festival‘s history begins on August 25, 1938: in the afternoon of that beautiful summer day, Italian maestro Arturo Toscanini was invited to conduct a concert in memory of Richard Wagner, held outside the Lucerne villa where Siegfried, Richard’s son, had been born years earlier. The city literally slowed down in order to help Toscanini conduct the orchestra with the utmost concentration: public transportation was limited and other measures were taken by police to reduce noise. The US was even listening in through the transmissions of the National Broadcasting Company, when finally, Toscanini started waving his baton in the air. Pieces by Rossini, Mozart, Beethoven were played, but the sublime was reached with Richard Wagner’s Siegfried-Idyll. Toscanini’s was not the only concert played at that first edition of the Lucerne Festival, but it was so powerful that it came to be known as the start of the festival. 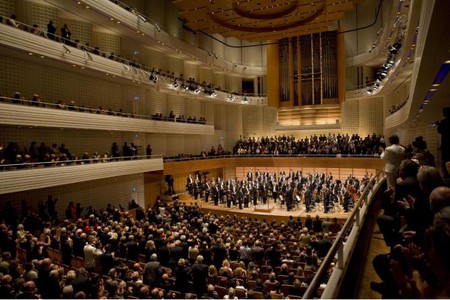 Fast forward 76 years, and see that the Lucerne Festival has changed in many ways: two branches were added to the tradition summer festival and in 1988, the Lucerne Festival at Easter was inaugurated. This consists of a ten-day-long series of concerts scheduled to finish on Palm Sunday, and focuses on the presentation of sacred music. Ten years later, in 1998, the week-long Lucerne Festival at the Piano was created, and this newcomer is held every year in November, featuring many talented pianists by gathering together to showcase their skills with not only pianos, but also organs and harpsichords.

The traditional Lucerne Festival remains, however, at the core of the city’s rapport with classical music. The festival has greatly expanded since its humble beginnings, and now presents over 60 concerts and welcomes 120,000 visitors every year. Since the 1950s, the festival has opened its doors to orchestras from around the world, thus bringing to Lucerne the best artists of the international classical music scene. In the 1970s, it was also decided that each of the festival’s editions had to be built around a theme (after Nature, Faith, Revolution, Eros, etc.; the chosen theme for 2014 was Psyche). But one thing never changed: the event’s commitment to giving classical music lovers an amazing programme of orchestra concerts as well as solo shows. All events are held in Lucerne’s stunning Kultur und Kongresszentrum, and the summer Lucerne Festival takes place annually from mid-July until mid-August.

The Austrian city of Salzburg was fortunate enough to be the birthplace of one of the greatest artists who ever existed: Wolfgang Amadeus Mozart. In the second half of the 18th century, the people of Salzburg tried many times to put together a festival in honour of their illustrious fellow citizen — and several attempts were made. It wasn’t before August 22, 1920 that the Salzburg Festival was inaugurated, all thanks to the efforts of five prominent but diverse personalities: first and foremost dramatist Hugo von Hofmannsthal, who made the draft of the festival’s first program; composer Richard Strauss; set designer Alfred Roller; conductor Franz Schalk and director Max Reinhardt. Von Hofmannsthal’s drama Jedermann was chosen as the opening event and played outdoors in front of Salzburg’s Cathedral. This became the way to inaugurate every edition of the festival, a tradition still alive today.

Although the festival was originally inspired by Wolfgang Amadeus Mozart, and his operas are regularly included in the programme, the Salzburg Festival was never meant to focus solely on Mozart’s music. Beethoven, Verdi, Strauss, Wagner, Donizetti are among the other giants of classical music whose work is often represented. The reasons for this are complex and political: the First World War had ended the year before the festival’s launch and the event was meant to heal Austria’s wounded identity and reignite its cultural development.

The festival continued to grow until Austria was annexed to Germany in 1938. At that point, many top-profile participants who had contributed to making a name for the festival – among them conductors Arturo Toscanini and Bruno Walter – declined the invitations as a sign of protest against the Third Reich. The following years marked a low point for the festival, which was suspended altogether in 1943, following the climax of the Second World War. Relaunched in 1945, it once again began to serve as a platform for artists and intellectuals to get a fresh start after the war.

Today, not only operas, but dramas, plays, readings and concerts by guest orchestras from different countries are part of the festival’s programme, one that has positioned Salzburg’s festival among the best classical music festivals in Europe and the world. The Salzburg Festival takes place in summer, usually from mid-July until the end of August.