The First World War was a time of immense loss, both of life and cultural perceptions, and the vast tragedy feeling has been immortalised in cinema. Read on to discover a few of the best films about “the war to end al wars.”

All Quiet on the Western Front is an account of warfare from the point of view of a young and eager German soldier named Paul Bäumer (Lew Ayres). Bäumer signs up to the German military with his friends after being inspired by nationalist propaganda during his time at school. After fighting and experiencing the horrors of war, and seeing many his friends being gravely injured or killed, Paul questions the purpose of war itself. Paul, like millions of young men across Europe, joined the military on the back of a wave of nationalist fervour, only to have their country, their lives, and their entire worldview utterly destroyed by the war. This film is an undisputed classic of cinema and won two Oscars. More than any other film on this list, All Quiet on the Western Front captures the feeling of disillusionment, despair and anxiety that the First World War generated across Europe. 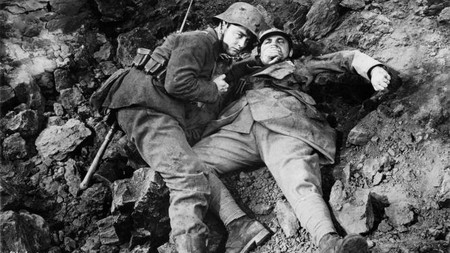 All Quiet on the Western Front | © Universal Pictures

The African Queen is a love story and adventure based in the village of Kungdu in German East Africa at the start of the First World War. Rose Sayer (Katharine Hepburn), a religious missionary, meets captain Charlie Allnut (Humphrey Bogart) after her brother is killed, and he offers her safe passage on his boat named the African Queen. The pair plan an attack on an enemy German gunboat, and during their adventures they fall in love. This film is an adaptation of a novel of the same name by English writer C.S. Forester. The African Queen also won Humphrey Bogart an Oscar for Best Leading Actor. 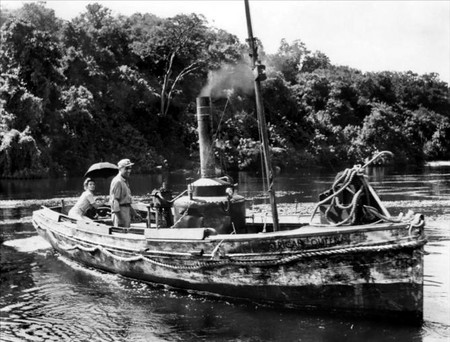 This classic British epic depicts the life of T.E. Lawrence (played by Peter O’Toole), a British archaeologist, military officer and diplomat, who earned the title ‘Lawrence of Arabia’ after his actions fighting the Ottoman Turks in the Arabian Peninsular during the First World War. T.E. Lawrenece later wrote vividly of his experiences in Seven Pillars of Wisdom (1922), garnering him even more international fame. Acting as a liaison officer between the Arabs and the British during Arab Revolt against the Turks, Lawrence goes against his superiors’ orders and embarks on a harsh journey through the desert to execute an attack on a well-guarded Turkish port. Lawrence of Arabia won seven of the ten Academy Awards for which it was nominated and is widely regarded as one of the most historically significant and accurate film about the First World War.

Peter Weir’s Gallipoli is one of the few films that portrays the involvement of Australia during the First World War. It shows Australian soldiers enlisting in the army, the ideals that the held during the war, and the daily life of soldiers during the Gallipoli Campaign (1915-16). Archie Hamilton (Mark Lee) and Frank Dunne (Mel Gibson) are two young men from Western Australia who enlist in the army after racing each other at an athletics carnival. After training in Cairo, the two men are deployed to Gallipoli as message runners. The film centres around the depiction of the futile and disastrous ANZAC offensive on August 7th 1915. 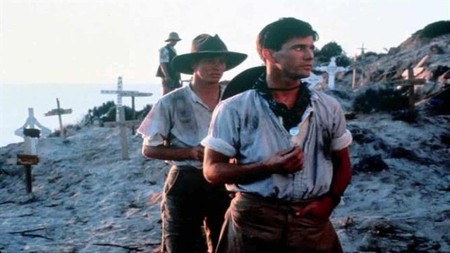 This fictional account of a true event is a story of discovering goodness and humanity in the unlikely, vicious and chaotic setting of a World War I battlefield. This French film is set on the Western Front in December 1914, and depicts the meeting of two Scots, a Frenchman and a German, during an unofficial, ceasefire, inspired by Christmas, that fleetingly transforms the bloody battlefield into a peaceful land of festive goodwill. Joyeux Noël won Best Foreign Language Film at the Academy Awards, and is regarded as a visually sweeping, sentimental anti-war film. 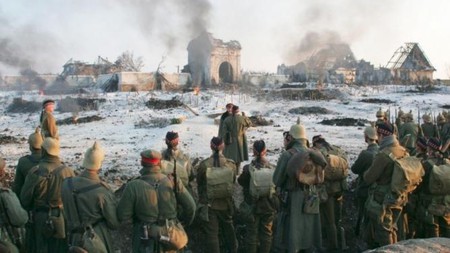 Based on the children’s novel of the same name by Michael Morpurgo, Steven Spielberg’s film tells the story of an English teenage boy named Albert Narracott (Jeremy Irvine) and his horse, Joey, whom he raised from a foal and is then separated from because of the war. Albert’s parents sell Joey to the army to work in military operations during the war. The film recounts both Albert and Joey’s lives, as well as the many changes of owner that the horse has throughout the war. Although not as compelling as some of the classics on this list, the cinematography is beautiful, especially the scene depicting a futile and foolish British cavalry charge against a German camp. Also a popular West End play, War Horse features an all-star cast of British thespians, and the horses are amazing actors in their own right. This is an inspirational tale about hope, perseverance and friendship.

War Horse | © Dreamworks
Give us feedback