The 10 Oldest Cookbooks In The World 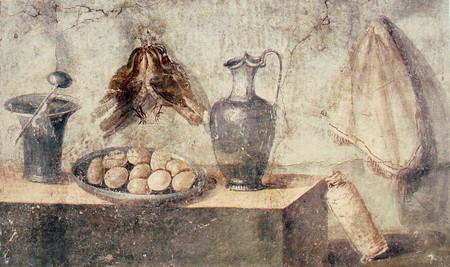 The earliest cookbooks found around the world give people today a fascinating look at not only what the people of the time ate but also their lifestyles, mainly of those from the upper class. From 1700 BC to 1390 AD, here are some of the world’s oldest cookbooks.

Three clay tablets dating back to 1700 BC may just be the oldest cookbooks in the world. Known as the Yale culinary tablets and part of the Yale’s Babylonian collection, these Mesopotamian tablets display the oldest recipes. Researchers believe these recipes were equivalent to haute cuisine – those meals fit for royalty. Experts have deciphered the cuneiform writing to discover 25 recipes for stew, most of which are meat-based plus a few vegetable varieties. However, the recipes only listed the ingredients and no actual directions. Breads, from plain savory to elaborate sweet cakes, are also mentioned in the tablets.

De re coquinaria (The Art of Cooking) (4th-5th century)

Widely known as Apicius, named after the first-century epicurean Marcus Gavius Apicius who has many recipes in the book, the cookbook in its early editions was known as De re coquinaria. This translates as ‘The Art of Cooking’ in English. This Roman cookbook may have been created as early as the late fourth century and is broken down into 10 sections. Titles of these sections include Epimeles (‘The Careful Housekeeper’), Pandecter (‘Many Ingredients’), and Thalassa (‘The Sea’), to name a few. The recipes give modern-day readers a look at how and what – such as flamingo – the wealthiest people ate during the time. 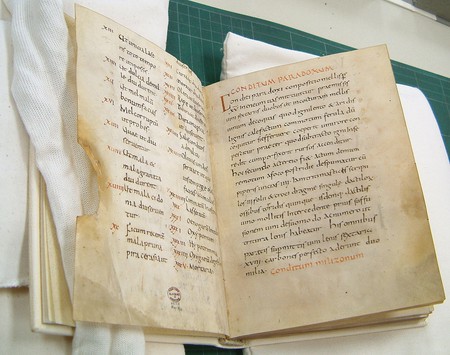 Written during the early 10th century by Ibn Sayyar al-Warraq, this cookbook, known as Kitab al-Ṭabīḫ (The Book of Dishes in English), offers a fascinating look at medieval Islam’s gastronomic culture. A large collection of more than 600 recipes within 132 chapters, Kitab al-Ṭabīḫ is the earliest known culinary book of its kind. Some accounts state that it was likely written about 950 AD. By providing an enormous amount of recipes, it gives an insight into the life of the times. 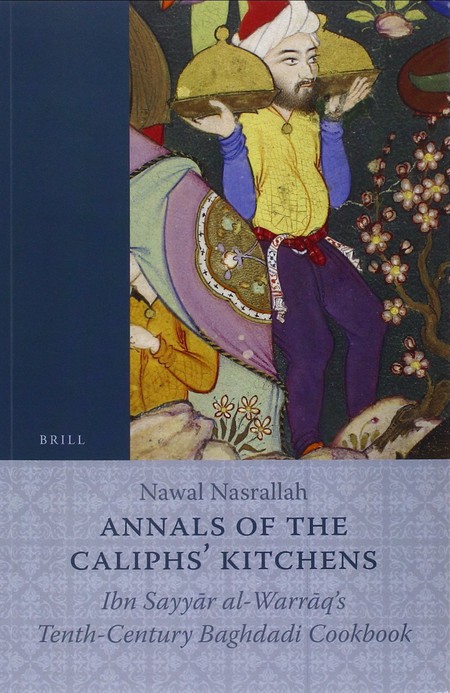 Not to be confused with the cookbook of the same name mentioned above, this Kitab al-Ṭabīḫ was compiled in the 13th century by Muḥammad bin al-Ḥasan bin Muḥammad bin al-Karīm al-Baghdadi – better known as al-Baghdadi. A culinary tome of the Abbasid period, the manuscript was written in 1226. The only original copy resides in Istanbul, Turkey at the Süleymaniye Library. Featuring 160 recipes, with an additional 100 added over the years, it was very popular in what is present-day Turkey.

A famous cookbook from the Middle Ages, Le Viandier is believed to be written by Guillaume Tirel. However, he was born sometime around 1310, and the oldest extant manuscript discovered is from the late 13th or early 14th century. Given the times, however, it was common for writers to take credit for others’ work. There are four surviving manuscripts today. The aforementioned is located in Sion, Switzerland, a 14th-century version is at the Bibliothèque Nationale in Paris and a 15th-century copy is in Vatican City. Another one from the 15th century also in Paris. The earliest version contains approximately 130 recipes.

A Catalonian cookbook written in 1324, Llibre de Sent Sovi, or The Book of Sent Sovi in English, is the oldest surviving culinary manuscript of its kind. Llibre de Sent Sovi ‘s author is completely anonymous. Recipes were added over the years, allowing the cookbook to evolve, complete with more than 220 recipes. Today, gastronomes can buy an English version, which was first published in 2008.

Written by court therapist and dietitian Hu Sihui in 1330 – during China’s Yuan Dynasty – Yinshan Zhengyao is not only a cookbook but also a popular source for Chinese medicine. It is a guide to help people eat properly, thereby becoming healthier and keeping certain diseases at bay. Some of the book’s recipes are imbued with Mongolian, Turkic and Persian flavors. The Yinshan Zhengyao leaves behind an impressive legacy, including a recipe that may be the ancestor of everyone’s favorite, Peking Duck. 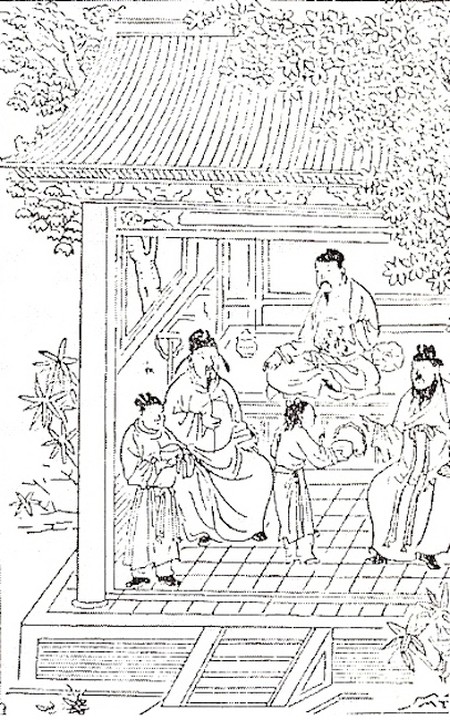 Written around 1350, Daz buch von guter spise, or The Book of Good Food, is the oldest German cookbook. Providing an insight into the culinary culture of the urban upper class, the book features 101 recipes, with 57 recipes in the first section and 44 in the second. Meant for more experienced cooks, The Book of Good Food showcases what many modern-day foodies would think of as haute cuisine. 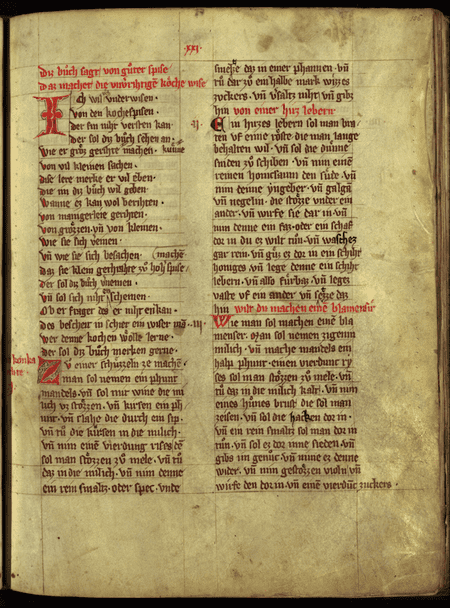 Published circa 1390, The Forme of Cury, or Forms of Cooking in modern English, is an ancient English cookbook. It was written by ‘The Master Cooks of King Richard II.’ The original version was written on vellum and contains 205 recipes. It is the oldest known cookbook in the English language. Some of the ingredients featured within the recipes include olive oil and cloves. Also included are exotic spices (at the time) such as nutmeg, cardamom, ginger and caraway and meats like cranes, herons and whales. 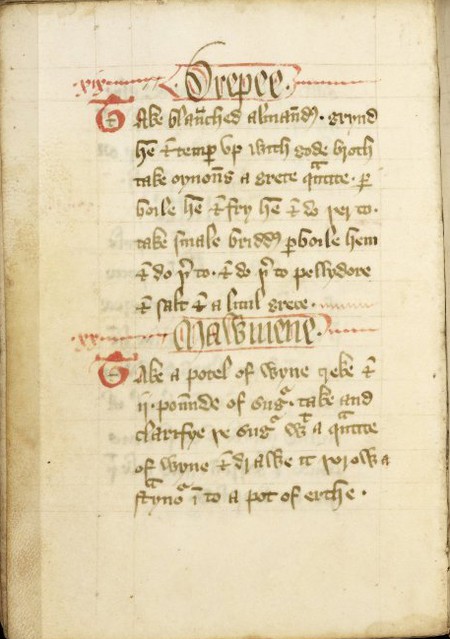 While this is not strictly a cookbook, Le Ménagier de Paris, or The Householder of Paris, was a guidebook on how women, especially wives, should properly act during medieval times. Written in 1393, the book contained everything from how one should act to how to take care of the household and, of course, what to cook. Located in the second section of the book are the recipes. Like most early cookbooks, they’re not recipes as we know today. They offer ingredients and preparation methods without any instructions.