Mixing Pop and Politics: Travelling Europe in Pursuit of Eurovision 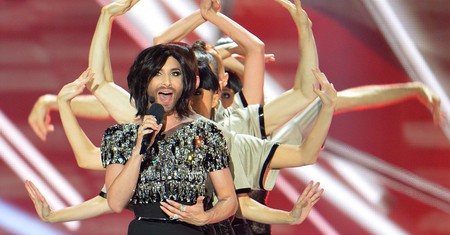 Conchita Wurst, who won the 2014 ESC for Austria, performs during a break in the final of the 2015 contest in Vienna | © Kerstin Joensson / AP / REX / Shutterstock

Having attended Eurovision for the past six years, Rob Holley is a certified Song Contest addict. Here he recounts his fondest memories of his travels, from Kiev to Lisbon, and offers advice on how to nab a front-row seat to the world’s most famous music competition.

Eurovision can be addictive. Whipped up by the excitement and party atmosphere brought about by the London Olympics, I first decided I had to travel to the Song Contest after watching Loreen win with her uber-banger ‘Euphoria’ in 2012. Almost immediately I started making plans to visit host nation Sweden, and I’ve followed the contest to every winning country since.

The annual tradition of European countries facing off against one another – over the airwaves instead of the battlefield – kicked off with a radio broadcast from a casino in Lugano, Switzerland, in May 1956. Organised by the European Broadcasting Union (EBU), the idea for a pan-European music competition was based on the Festival della canzone italiana di Sanremo, an already established contest that still acts as the mechanism to find Italy’s Eurovision participant to this day. 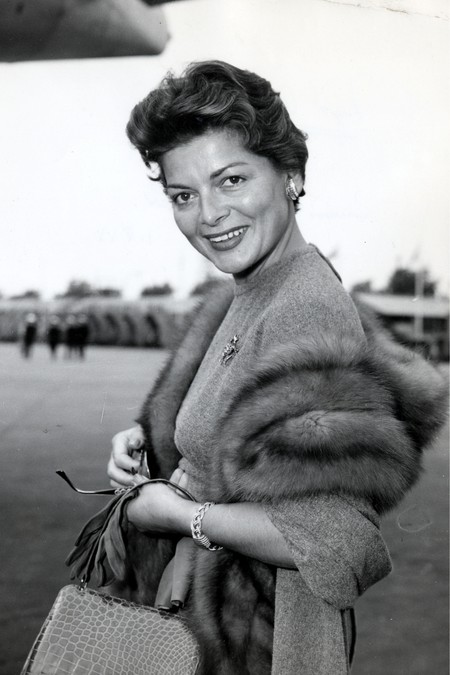 The first contest featured seven countries performing two songs each. But even in those simpler times, pop’s biggest battle royal wasn’t without its controversies. Each nation sent along two jury members, who were inexplicably allowed to vote for their own songs. As Luxembourg forgot to send their own jurors, host nation Switzerland offered to vote on their behalf in the secret ballot. Unsurprisingly, the Swiss won the inaugural competition and the exact votes were never revealed.

It’s this mixture of pop, politics and geography that makes Eurovision such an appealing prospect for the thousands of fans who follow the contest around the globe each year.

Planning a Eurovision trip can seem like a daunting task, but with a little bit of planning and knowing what to look out for, the process can be both easy and exciting as you learn more about the competition and a country that quite possibly you wouldn’t have given much thought to before. 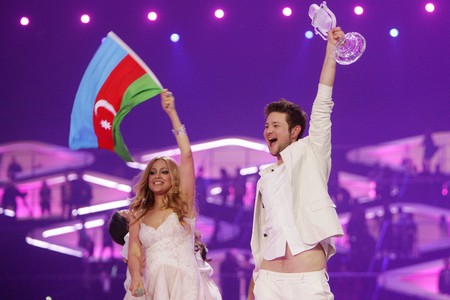 Bite the bullet and commit as soon as the votes are in and the winner is announced. Sometimes it’s easy to predict the host city – after Azerbaijan’s victory, Baku was the most likely, and perhaps the only, option – while other times there may be many destinations in the champion country vying for hosting honours. The Danish towns of Aalborg, Fredericia, Herning and Horsens were all in contention until Copenhagen was picked in 2014.

Last year, as Israel and Cyprus looked likely to win based on their rehearsal efforts alone, there were fans who had reserved accommodation for three sets of fortnights – not yet knowing the exact dates of the next contest – across the cities of Limassol, Paphos, Tel Aviv, Eilat and Jerusalem. This level of shrewdness in the fandom quickly inflates the prices of hotel rooms before dates and venues are confirmed later in the summer.

When an easier destination wins, such as Denmark or Sweden, planning your trip is less of a hassle. Those countries are used to hosting massive events, and their major cities can accommodate a surge of 20,000 tourists looking for travel options, hotel rooms and tickets to the shows. 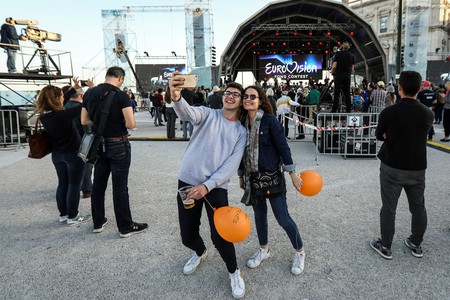 Last year, Portugal hosted the most relaxed fortnight of Eurovision that fans had ever seen. Having won for the first time – in 49 attempts – with a laid-back jazz ballad, the Portuguese wanted the feel of their contest to reflect the hipster music scene that had inspired the win.

The capital was transformed into an open-air festival, with the Praça do Comércio acting as a hub for all activities, transformed into what is known to fans as the Eurovision Village, a recurring feature of this travelling contest. The village hosts free concerts and entertainment provided by many of the home nation’s most beloved acts.

In Lisbon, as the afternoons turned to evenings, the fans would wander from this Eurovision bubble upwards through the hills and alleyways, to enjoy the late-night music venues that produced Salvador Sobral and his country’s first success. 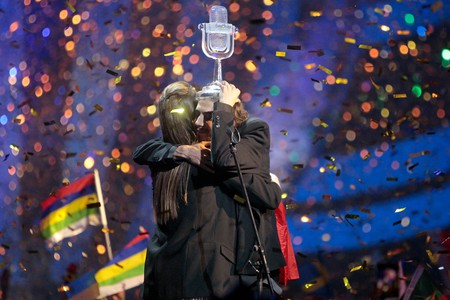 Salvador Sobral from Portugal embraces his sister Luisa after winning in the Final of the Eurovision Song Contest, in Kiev, Ukraine in 2017 | © AP / REX / Shutterstock

Though it’s far easier to organise your trip when the world’s biggest music event ends up in a destination geared towards tourists, there’s a much bigger thrill to be had from planning breaks in Azerbaijan, Russia or Ukraine. Why else would you choose to holiday somewhere like Baku? Once a year, Eurovision makes that decision on your behalf, and becomes a springboard to adventure.

My favourite host city to date is Kiev, somewhere I wouldn’t have dreamed of visiting without the draw of the ESC. Speeding along a Soviet-era motorway bridge in a people carrier with no seat belts and a cracked windscreen, I remember seeing the Dnieper below us, and in front were the many and gigantic brutalist tower blocks I’d seen in news reports. I knew then that this was going to be a very different and special journey for most Eurovision fans. And it was.

Kiev’s wide boulevards were buzzing with life, as the chestnut trees bloomed throughout the capital, ushering you towards central Khreshchatyk Street. This was the site of Ukraine’s 2014 Euromaidan Revolution and also where, once again, a Eurovision Village could be found. 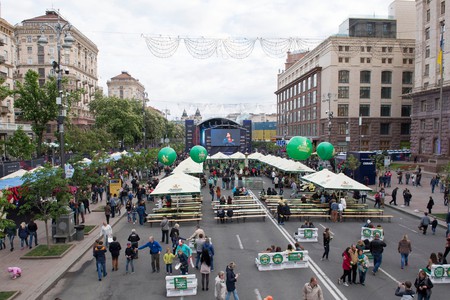 As well as pop music, fans got to enjoy the country’s flourishing café culture and creative hubs like Izolyatsia, an arts centre relocated from occupied Donetsk to a shipyard in the old town. There were also fabulously kitsch giant Soviet monuments and charmingly colourful cathedrals to visit, and for those interested, minibus tours of Chernobyl operated daily.

With so much to do in a host city, it’s easy to forget that you might want to secure tickets to the show itself. If you’ve not been to a Eurovision, even though there’s a mad scramble to get tickets for the live broadcast of the Saturday night Grand Final, there are actually nine different shows that you can go to.

The EBU introduced two semi-finals a decade ago, taking place on the Tuesday and Thursday before the climax on Saturday evening. Each of these live shows requires a further two rehearsals which are ticketed and play through exactly as they would when broadcast. 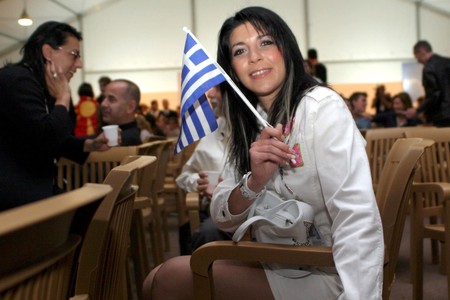 Don’t get hung up on getting tickets for the final show – that’s best enjoyed in a bar with fans and locals. You’re almost guaranteed to find seats for at least one of the other performances if you keep an eye on the official website for on-sale information. Organise accommodation first, flights second, shows last.

Because Eurovision is as much about travel as it is music, the biggest fans will always have one eye on the next host city, and that can sometimes even influence their opinion of a country’s entry. While Sweden might send a banger worthy of the Radio 1 A-list, no one quite fancies the prospect of spending two whole weeks in Gothenburg – the next Swedish city expected to host as Stockholm and Malmö have recently had their turn.

This year’s contest looks set to be a tussle between Iceland, the Netherlands and Italy, and fans have started looking at hotel rooms already. In the words of 2013 winner Emmelie de Forrest: Join us.