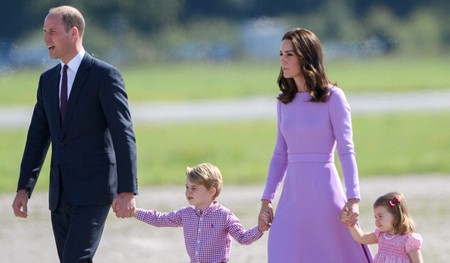 The Duke and Duchess of Cambridge and their children, Prince George and Princess Charlotte, recently spent their summer holiday on a whirlwind tour of Poland and Germany. Amid the fanfare, red carpets, speeches and gala dinners, the family du jour also took time to explore their surroundings, showing themselves to be avid travellers and culture vultures just like the rest of us.

Their European adventure began in Poland and after landing in the capital Warsaw to a guard of honour, the young family went straight off for a gala dinner hosted in celebration of Queen Elizabeth’s 90th birthday. For many it was the first glimpse of the young prince and princess who beguiled the landing party as they stared gleefully out of the plane windows.

Despite their royal commitments, the famous couple managed to visit some of Poland’s most famous sites including the Warsaw Rising Museum – commemorating the uprising of 1944 in which the Polish resistance Home Army attempted to liberate Warsaw from German occupation – and like many before them saw the Stutthof concentration camp to pay their respects to all those interned within its walls. 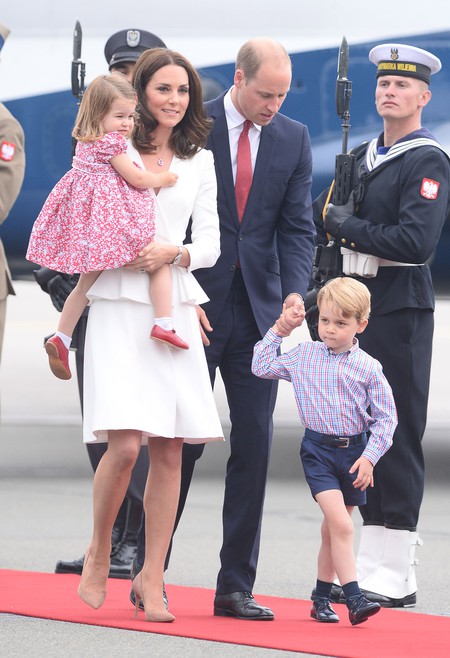 The Duke and Duchess of Cambridge arriving in Warsaw, Poland on the first day of their visit | © REX

During their three-day visit one of Britain’s most famous exports got to witness another as William and Kate watched a performance at the Gdansk Shakespeare Theatre. There was also a chance to unwind a little as the Polish government hosted a (not so secret) garden party at the Orangery in Lazienski Park with champagne and cocktails aplenty (Sex on the Beach with little umbrellas may or may not have been on the menu).

Next stop Germany and after arriving in Berlin the family were whisked off to iconic Brandenburg Gate – a symbol of unification and freedom of the city. They also experienced some Berlin’s fabled nightlife, more Bodo’s Schloss than Berghain. “Our visit will reflect, and I hope reinforce, the strong and wide-ranging ties between Britain and Germany,” said the Duke of Cambridge at the Queen’s Garden Party in Berlin.

The royal family wrapped up their visit with trips to the city of Heidelberg (twinned with Cambridge) where they experienced a traditional German market and took part in a boat race, before heading to Hamburg. The Duke and Duchess explored the rainy city, now home to one of the country’s most exciting creative scenes, visiting the Maritime Museum and the recently completed Elbphilarmonic Concert Hall – one of the biggest in the world.

The European trip was only the second time young Princess Charlotte and Prince George had accompanied their parents on an official adventure abroad. The young royals were reportedly thrilled by a helicopter tour of Hamburg – their father is a navy rescue pilot, of course, and no stranger to flying himself. 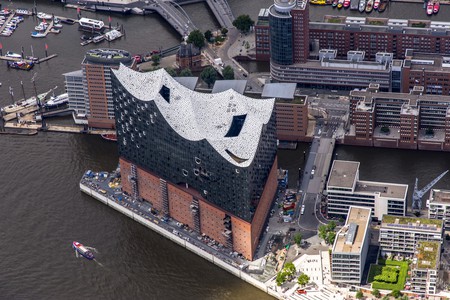 Since Queen Elizabeth stopped travelling long-distance the Duke and Duchess of Cambridge have taken on more state responsibility. Last year alone they visited Canada (accompanied by George and Charlotte), India, Bhutan and the Somme in France – all countries that happen to be trending this year. Best to keep an eye out for where these two tastemakers head to next!