Europe’s Top 10 Local Flavours and Where to Find Them

This collection of Europe’s finest local flavors may cause involuntary dribbling, mouth-watering, snacking or other forms of food related indulgence. Proceed at your own risk. 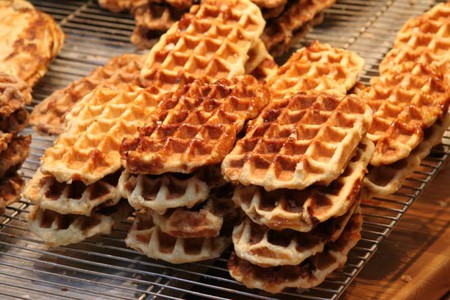 The Belgian waffle is nothing short of legendary on the foodie circuit of Northern Europe, and today the winding cobblestone alleyways of Brussels are always packed to the brim with American travelers discovering these light and fluffy, thick-cut squares of spongy pastry that put their counterparts across the Pond to shame. However, the best place to sample these sweet treats is actually away from the country’s capital, between the historic streets and bustling port side districts of Antwerp, where joints like Desire de Lille and the Van Hecke Waffle House tout decades of experience in crafting the perfect desert. 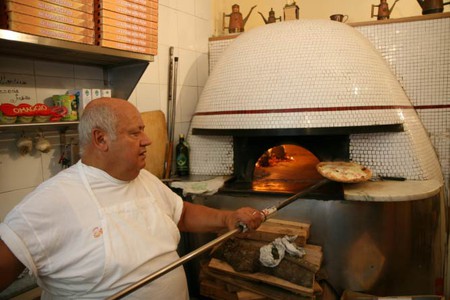 It is thought that pizza was first invented in Naples sometime in the 18th century, when certain innovative chefs started adding dollops of passata and buffalo mozzarella to the mix of old Roman recipes for salted flatbreads dressed in olive oil and thyme. Today, this sprawling town in the shadow of Vesuvius is bursting with oodles of earthy Italian trattorias, hidden holes-in-the-wall touting cheese-packed pies and tomato-topped slices. There’s even a dedicated association to monitor the production of real, authentic Neapolitan pizza across the globe. The rules for choosing where to eat: make sure it’s full of locals and there’s a wood-fired oven roaring inside, and if in doubt, head over to Di Matteo on Via dei Tribunali, or L’Antica Pizzeria da Michele. 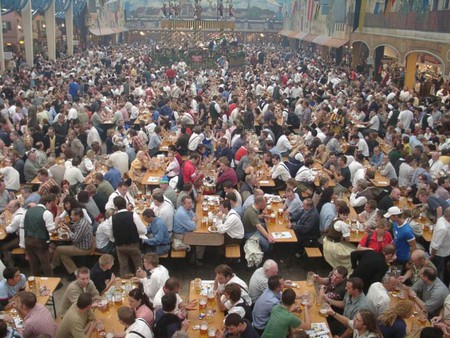 You haven’t tried beer until you’ve tried a Munich beer, or so goes the popular mantra of Oktoberfest veterans the world over. And to a certain extent it’s true, because the frothy cacophony of Bavarian brews that (over)flows into Southern Germany’s largest city in late September is fermented meticulously in-line with ancient traditions and standards; so much so that it simply can’t be served if it doesn’t hit the mark. Be sure to explore the legendary Hirschgarten, the largest beer garden on the planet, and the famous Hofbräuhaus too, where tried-and-tested labels from the Bavarian Big Six rub shoulders with steamy bratwurst and sauerkraut salads to boot. 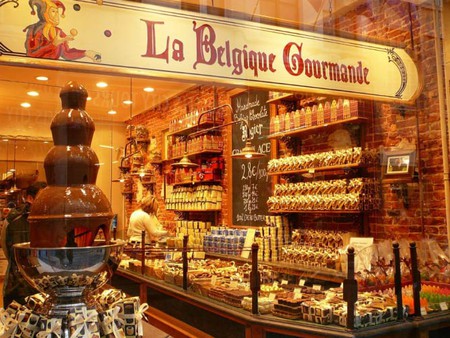 As soon as cocoa began flooding into Europe from the New World during the Age of Discovery in the 15th and 16th centuries, Belgian connoisseurs began concerning themselves with creating the finest chocolates known to man. Fast forward a couple of centuries and it’s clear that they knew exactly what they were doing, with more than 2000 individual chocolatiers currently working their finesse in the Low Country land. In the capital, Brussels, bespoke confectioners like La Belgique Gourmande and Wittamer offer up a range of sweet-tooth staples that’s worthy of Diagon Alley. There’s even a museum dedicated to chronicling the history of this much-loved cocoa indulgence. 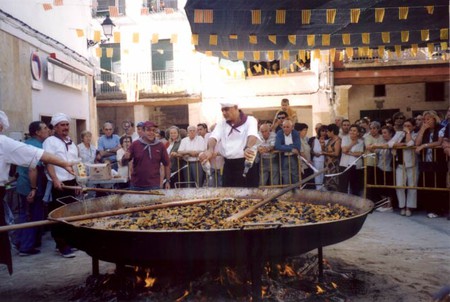 A fresh and flavorsome medley of regional rice and Mediterranean seafood, European farmland vegetables and earthy North African spices, the Valencian paella is not just a longstanding symbol of Spain’s third-largest city, but also a taste-bud-tingling amalgam of divergent culinary traditions; from the folksy fare of the Moroccan Moors, to the ancient practices of the Roman kitchen. Debate has raged for centuries about where the best place to sample this Spanish treat is, and will no doubt continue on for many more, but generally speaking it’s a good idea to order ahead (as the dish can sometimes take hours to prepare) and opt for somewhere with plenty of history, like La Pepica over on Playa de la Malvarosa. 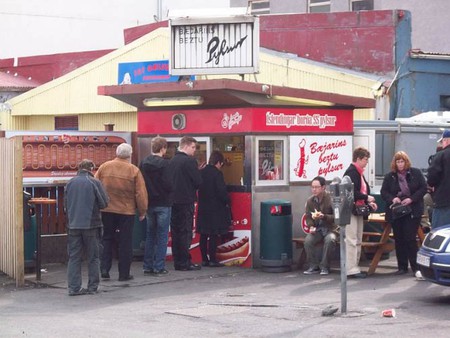 Forget New York and the Upper East Side, and leave Frankfurt to its frankfurters, because the world’s real hot dog king is Reykjavik, Iceland. Since the early 20th century, this charming little capital of painted timber homes and snow-dusted streets has played host to the Bæjarins Beztu Pylsur chain of concession stands, which roughly translates to ‘The Best Hot Dogs in Town’. This one does exactly what it says on the tin, serving up classic sausage sandwiches packed with fried onions, peppery mustard and a dousing of French remoulade. 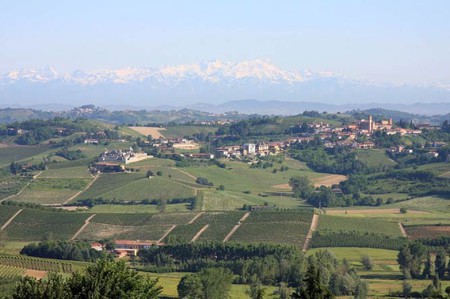 A view of the Piedmont region | © Gerald Smith/WikiCommons

Wine in the Langhe Valley, Italy

Touting some of Italy’s finest white and red wine labels and a handsome landscape of rolling hills, sweeping vineyards and rustic red-tiled hamlets to match, the UNESCO-attested climes of the Langhe Valley are an epicurean’s dream-come-true. Famous tipples to emerge from this land on the edge of the regal Piedmont region of the North include aged Barbaresco and rosy Barolo (both made from the Nebbiolo grape), a name which has attained the deserving epithet of the ‘King of Wines’. To indulge your palate, head for the picturesque red-brick wisp of a town, Alba, where there are oodles of cellar doors between the Gothic frontispieces and nearby, the Renato Ratti Wine Museum too. 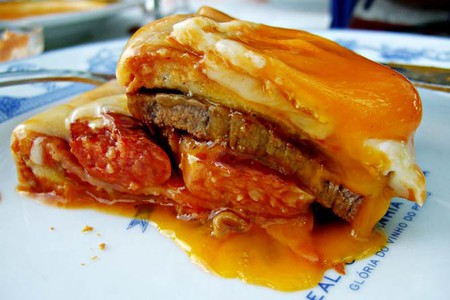 There’s nothing dainty or gourmet about Porto’s culinary claim to fame, which makes this one a welcome break from many of the other delicacies on this list. Indeed, Francesinha, a booming, stacked sandwich with layer upon layer of melted cheese, cut chipolata sausages, crusted ham slices, steaks and other meaty treats besides; is a hearty meal of epic proportions, served up with a generous pile of French fries and doused in a trademark sauce. If you’re looking for the finest that Portugal’s northern city has to offer, then check out Café Santiago, or the Cufra Grill by the sea.

The hearty Hungarian goulash came to life sometime in the 9th century, when herdsmen and farmers of central Europe’s hinterland discovered a way of curing meat with sunlight to preserve it for future cooking. The product was a filling, simple and rustic dish laden with necessary proteins and fats and bursting at the brim with tough and chewy meat slices. Today though, the goulash served in joints like Megyeri Csárda Tavern and Kiado Kocsma in central Budapest is more like a soup, infused with the unforgettable aromas of smoked paprika and healthy dashes of local vegetables. 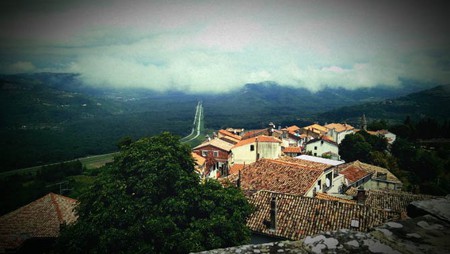 The valleys of central Istria | Courtesy of Joseph Richard Francis

Forget French Périgord, Istria is the place to go for truffles these days, with oodles of fantastic restaurants now popping up between the old Italian streets of hilltop Motovun and the cobblestone alleys of pretty Rovinj. Their menus tout everything from truffle-infused tagliatelle to scrambled egg with a truffle top, while nearby producers of Istrian olive oil sprinkle flakes of truffle in their storage casks and Giancarlo Zigante (the man famed for finding the largest truffle on the planet back in 1999), sells truffle pate, pickled truffles and truffle-based catering supplies from his base in the charming inland valley village of Livade.