The 10 Most Culturally Rich Countries In Europe 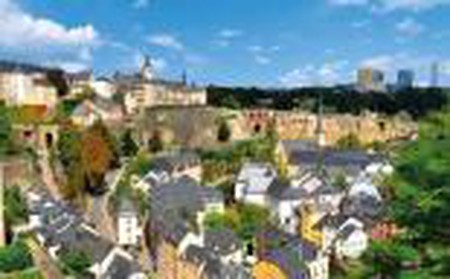 With so many unique cultures in the world today, what makes a country truly stand out? By statistically measuring a range of factors, including creative exports and the impact of UNESCO sites on its economy, The Good Country Index has created a ranking of 125 countries which culturally contribute on a global scale. We review the top 10 countries in Europe and examine what makes them worthy of their status. 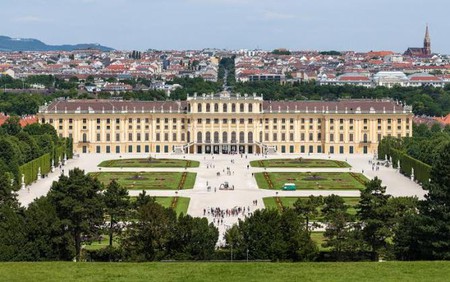 Austria’s cities and architecture play a key role in its cultural identity, with the historic centers of both Salzburg and Vienna having been named World Heritage Sites. Indeed, the old roads and cityscape of Vienna play as vital a role in certain Modernist works of Austrian literature, such as Arthur Schnitzler’s ‘Dream Story’ (1925), as Paris does in the works of Balzac and Flaubert. Buildings such as the cathedral of Stephansdom in Vienna or the castles of Schloß Schönbrunn and Burg Kreuzenstein are testament to Austria’s rich and varied history. 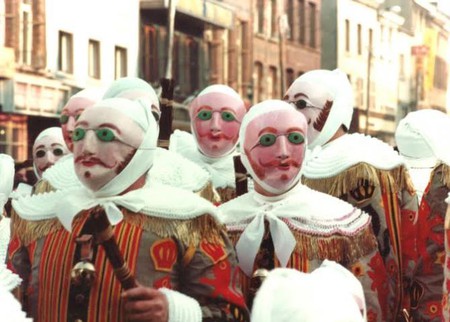 Belgium has an excellent track record for exporting some of its greatest cultural achievements, especially in the field of cartoons and comics, in which it has long been a world leader. Georges Prosper Remi, better known as Hergé, began his Tintin comics in 1929, while Pierre Culliford created the Smurfs comic strip in 1958. The Musée Hergé opened in Louvain-La-Neuve in 2009 and attracts a global audience. Folklore is also hugely important to Belgian culture and today manifests itself in a number of festivals and carnivals throughout the country. The Carnival of Binche takes place yearly on the days preceding Ash Wednesday – hundreds of partakers dress in wax masks and costumes, parading through the streets to ward off bad luck. 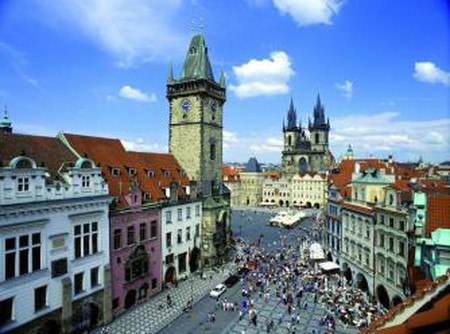 Czech culture spills out from every corner of the country, especially in Prague, the historic city center which has been named a UNESCO World Heritage Site. The city is famed for its beautiful architecture, booming arts scene and its cuisine. Although the Czech Republic may not spring to mind as a gastronomic paradise when compared to certain other European countries, such as Italy and France, its cuisine has much to offer. Its hearty, meat-based dishes, warming soups and delicious craft beers have done much to raise the profile of Eastern European cooking in recent years and this is reflected in its range of fine-dining restaurants and chic bars. 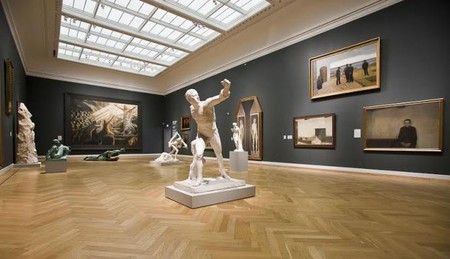 Denmark has historically placed great emphasis on the arts – to this day, the majority of its arts and culture are supported and funded directly by the government and artistic pursuits are greatly encouraged. Its museums, particularly the national art gallery Statensmuseum for Kunst, house a large collection of both Danish and international paintings, including masterpieces from the Danish Golden Age by Carl Bloch and Christoffer Wilhelm Eckersberg. Perhaps Denmark’s most iconic cultural legacy is its architecture – the Grundtvig’s Church in Copenhagen is a classic example of Expressionist architecture by Peder Vilhelm Jensen-Klimt, while the famous contemporary Bagsværd Church was designed by Jørn Utzon, who also designed the Sydney Opera House. 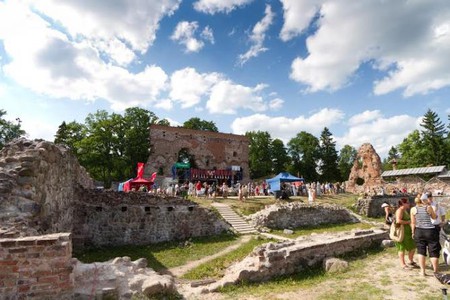 Estonia offers stunning architecture in the form of its medieval capital city, as well as a range of exciting and enticing restaurants, featuring the best of Nordic and East European cuisine. It is however, largely music which is the feather in Estonia’s cultural cap. The country has produced an impressive number of modern classical composers, including Arvo Pärt and Neeme Järvi, as well as the more unusual folk-metal band Metsastöll. There are also a variety of music festivals – Tallinn Music Week runs in the Spring and showcases new Estonian talent, while the Viljandi Folk Music Festival is traditionally held in Summer amidst the picturesque ruins of Viljandi castle and is one of the world’s most popular folk festivals. All of this culminates every five years in the Song Festival, where tens of thousands of Estonians gather to sing together. 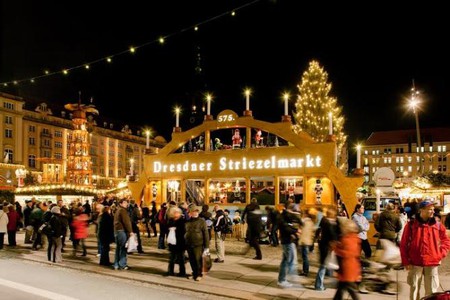 Like Belgium, a great deal of Germany’s cultural identity lies within its traditions and festivals. Munich’s Oktoberfest has become a global event, with millions visiting the festival each year for what is, at heart, a celebration of German beer-brewing. Perhaps the most famous of German traditions, however, is the Weihnachtsmarkt, or Christmas market. Hundreds of these markets are to be found throughout Germany, from small village affairs to the great tourist attractions of the Christkindlesmarkt in Nuremberg, or the Striezelmarkt in Dresden. What each has in common is a wonderful focus on German culture – the scents of traditional German food such as bratwurst and gingerbread fill the air and each market offers a selection of German crafts and handmade goods.

Irish culture revolves around a strong sense of identity. St Patrick Day festivities have become globally widespread and focus on celebrating Irish heritage and culture, while the country’s landscape, mythologies and cities all play a key role in its great works of literature, whether in James Joyce’s ‘Dubliners’ or W. B. Yeats’s poetry. Moreover, Ireland’s natural beauty plays as important a part in its cultural heritage as the arts do, with attractions such as the Ring of Kerry and the Aran Islands drawing in millions of visitors a year and forming an iconic part of the Irish landscape. 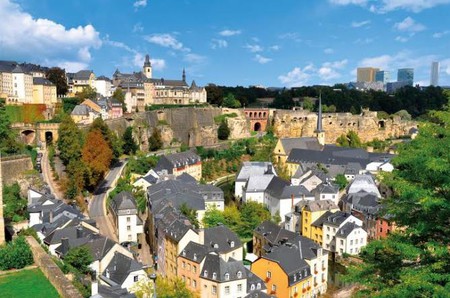 Luxembourg’s culture is largely represented in its three national languages – French, German and Luxembourgish. Despite this seeming lack of cohesion, Luxembourg in fact possesses a very distinctive and thriving cultural scene. The beautiful city of Luxembourg is located on high plateaus, with bridges spanning dizzying gorges, and the city offers several walking tours to take in the breath-taking views. Luxembourg is also set on engaging both locals and tourists in a varied cultural scene, from lunchtime concerts in the city to exhibitions in its range of museums. Outside of the city, a large number of castles reflect both the country’s French and German influence. Bourschied Castle and Beaufort Castle are particularly stunning examples. 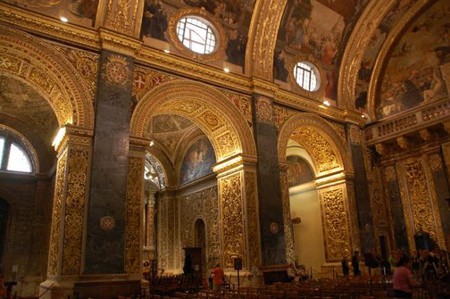 Malta is one of the world’s smallest countries, yet boasts an impressive list of nine UNESCO world heritage sites, including the entirety of its capital city Valletta. Maltese culture is representative of the large number of other societies which have come into contact with the island in its history, having been ruled successively by the Phoenicians, Greeks, Arabs and the Order of the Knights of St John. This blending of cultures is reflected largely in its stunning architecture. The impressive St John’s Co-Cathedral is a prime example of Baroque building and is widely acknowledged as one of Europe’s most beautiful cathedrals, while the National Museum of Fine Arts is housed in a Rococo palace. This unique blend of beauty and influences renders Maltese culture unparalleled. 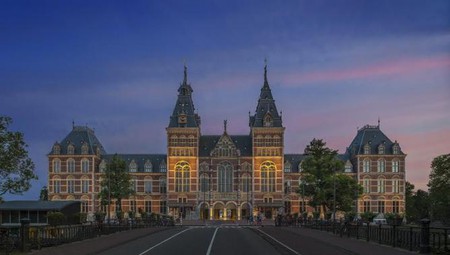 The Netherlands has a plethora of iconic cultural spots, from the canals of Amsterdam, to the blooming tulip fields in Spring, to the windmills of Kinderdijk – the latter now a UNESCO World Heritage Site. The Netherlands also possesses a thriving historical arts scene, boasting some of the world’s greatest artists and their works within its borders. The Rijksmuseum in Amsterdam is a must-see for masterpieces, such as Vermeer’s ‘The Milkmaid’ (c.1660) and Rembrandt’s ‘Isaac and Rebecca’ (1661). A range of smaller museums further celebrate Dutch art and culture, opening it up to the public – the Van Gogh Museum in Amsterdam exhibits the eponymous artist’s famed ‘Sunflowers’ (1889), while the Royal Delft factory allows a glimpse of the process behind the iconic Delft ceramics via tours and workshops.