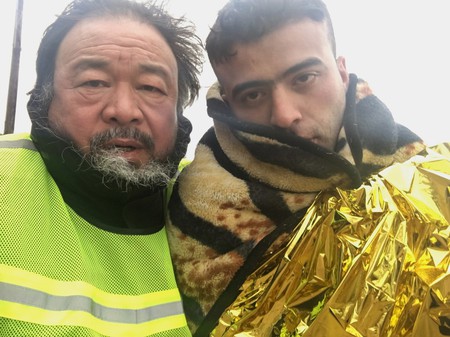 Ai Weiwei’s first documentary Human Flow is an arresting depiction of the harrowing reality of mass global displacement. Shot in 23 countries with more than 200 crew members, it compassionately yet honestly documents the unimaginable extent of the refugee crisis.

With more than 65 million people around the world being forcibly displaced due to war, climate change and famine, we are experiencing the largest refugee crisis since the Second World War.

Whether you’ve watched or read the news and think you know everything about the Syrian civil war, the thousands upon thousands of migrants arriving in Europe or the persecution of Afghans, Human Flow exposes the raw reality of people carrying their lives in plastic bags, making perilous journeys and risking everything to find a better way of life. This is a global issue we can no longer ignore or expect to be someone else’s problem. And this film is an urgent reminder of an actuality we can all play a part in eradicating. 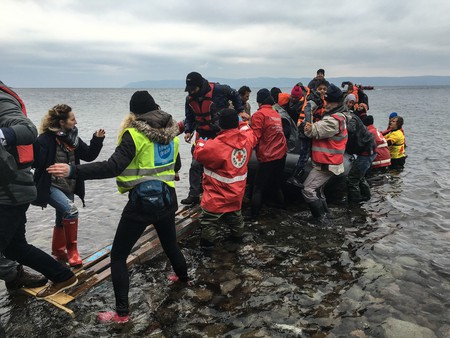 The acclaimed Chinese artist is openly critical of oppressive regimes and in the last few years has actively been making work specifically about the refugee crisis, flanking the exterior of the Fondazione Palazzo Strozzi in Florence with rubber life boats and wrapping 14,000 salvaged refugee life jackets around the columns of Berlin’s Konzerthaus. But installations such as these are only seen by a select audience and so, after a holiday to Greece where he saw first hand the inconceivable scale of the crisis, Ai initially started to document what he was seeing on his phone before he decided to make a film.

Meeting with Ai in London, a far cry from the distressing scenes of Human Flow, he talks with empathy and eloquence about his concerns of global migration, his intention in making the film and his hope for people respecting humanity.

Culture Trip: You’ve been making work about the migration crisis. What spurred you to make a film about it?

Ai Weiwei: Well to cope with the global refugee condition, sculpture and installation simply doesn’t work, you cannot get this complicated issue and a very vivid vision to the audience. I always worked on films, before I just put them online. Now I want[ed] to record this, and then it developed into a film. But in the beginning it was really personal study or [a] journey for myself to gain the knowledge, to understand the topic.

CT: As an artist what can you bring to the subject of displacement that a documentary maker might not?

AW: That’s a good question because there are so many documentaries about this same topic and a lot of news and a lot social media. I think I always have my own approach in terms of knowledge, skill and language and it will be presented by this film. You take a political condition, a situation as a readymade, you add something to it and people feel familiar and unfamiliar at the same time. When this happens it works.

CT: I wanted to reference Charlie Chaplin, who lived in era of suspicion and surveillance and was accused of using film as a propaganda tool against the state. Do you feel film still has that ability?

AW: Ability of what?

CT: The ability to strike such a strong reaction.

AW: I think film does have a strong ability in terms of strong expression and statement or manifesto but the audience are changed. The audience today are much less patient to watch a film, especially a documentary film. The audience are attracted to more entertaining [films] about leisure. Nobody wants to talk too deeply about real issues that much. That’s the problem of the society, we for a long time of lacking any kind of struggle, we try to tell people everything is fine, if you work hard you will be protected by the system. Now you can sense there is a problem and this kind of ideology is being challenged. But unless things are getting really bad, people are not going to care or wake up. This is humans, we only learn from the tragic or when the problem becomes really big otherwise we are trying to be calm and to say, ‘It’s not our problem, it’s somebody else’s.’

CT: So who do you want to see this film to have an impact on?

AW: I want people like me to be interested in the film, to understand the situation, to understand the human condition actually. Deeply the film like a mirror reflects our self, our own position, our own understanding of ourselves and our future. And I care about the children, which have no chance in terms of education and protection or a future. And there are millions in those conditions. The numbers are going to grow with the environmental problem, climate change and population growth. It’s not going to disappear. So people should be aware of the situation and make their own decisions. 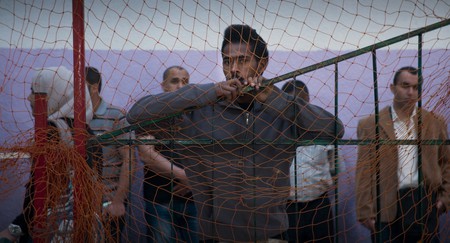 Still from Human Flow in Gaza

CT: I wanted to talk about the use of poetry in the film. Obviously your father was a poet, but why did you want to use the different forms of poetry throughout?

AW: We did research on all literature and writings humans had ever done on human flow, on human movement in the history. In the Bible, the Quran or poetry books. I still feel poetry can always pull out from the reality and to give us a clear, simple sentence about human condition.

CT: You include yourself in the film quite a lot, why was that?

AW: Well it’s my film. It’s an honest approach about my personal journey and as an artist the signature is very important because it’s part of the truth, it doesn’t matter what kind of truth, inner truth. Francis Bacon always painted his own portrait or [artists like] van Gogh were interested in their own portraits. The whole journey is about discovering yourself, your own true relationship with others.

CT: What did you discover?

AW: I find I identified with those people and they are part of me and me part of them. There is no kind of separation. You can’t push them away like they’re potentially dangerous, a threat to society, or different. We never speak the same language and I don’t understand their religion but still I can see an old lady is just like my grandmother or a young child could be my daughter or or my son. It’s no difference, identity is so clearly to tell we are all human. We have the same kind of fear, we have the same kind of joy, the same kind of happiness and also we can believe in personal achievement. We need trust, we need understanding more than money, than luxuries, so those qualities have to be shown. 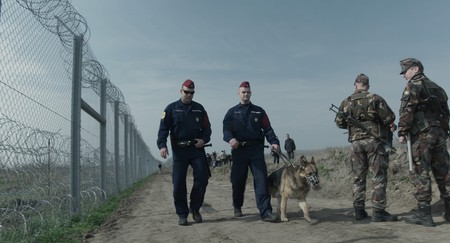 Still from Human Flow of Border guards in Hungary

CT: About the cultural differences of the people you met, you said you might not have spoken the same language, but you can identify with the refugees. How do you feel the different cultural groups are retaining their subjectivity despite this period of displacement?

AW: That’s why we wanted to call the film Human Flow, we want to emphasis on the humanity, we have to be identified with humanity. All those values or arguments have to come back to the bottom line, which is human rights, humanity and precious life and these need to be protected with no excuse or argument. Then we can find a better way and better solution. And when the result has that kind of principal we can see all kind of things can happen. Every state has their own policy and their own political treatment in dealing with the issue and so the argument becomes something else.

CT: Was there one particular characteristic you noticed in people?

AW: I think that character is historical – it has always been the same. We have courage to make a change, to accept the difference and to risk the life to seek for a meaningful change. But ironically it happens to the people who are most vulnerable rather than the people already privileged and established. They become cold and [have] less vision and [are] less friendly and very selfish I should say. 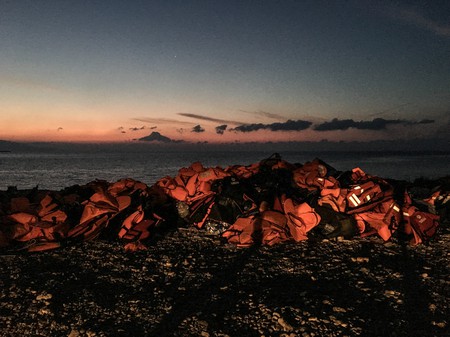 CT: You’re presenting the film to members of the UK Parliament today, what do you hope will come from that?

AW: I hope the Parliament and people respect humanity and have same kind of sensibility and agree upon on the very essential values of human rights and human condition. To have those in mind in every policy, in every decision is absolutely the most needed today.

CT: Do you think because it’s a visual medium that it’ll be more impactful than if you’re reading a report and statistics?

AW: Yes I think people trust the visual. You know, you see the truth, which is not always true, as any visual situation still has some interpretation in there. But we tried to get close [to the truth] to let people make their own judgement on these issues. 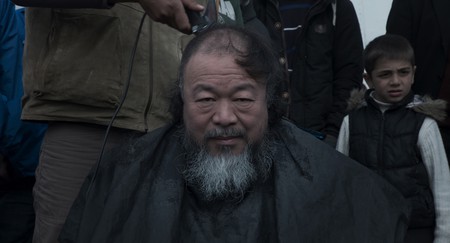 CT: Can an artist save the world?

AW: Well we talk about the world of a human world, you know the world doesn’t care if we save it or not. I think mostly we ruin the world actually. And artists reflect our human nature in a way. We have fear, imagination, innovation and utopian ideas about what would be the best. So, in that art is necessary, we cope with the situation to see ourselves above ourselves, to see we have potential, to give a better vision about society. But to save the world, I don’t know who can save the world.

Human Flow is on general release.