11 of the Most Haunted Cities in Europe 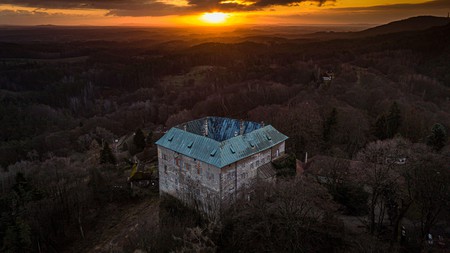 Beware of Houska Castle, an early Gothic castle on the outskirts of Prague, believed to have been built over a gateway to hell | © Marek Saroch / Alamy Stock Photo

This Halloween, Culture Trip is taking you on a tour of Europe’s most haunted cities. You might not be able to visit them in person yet, but these destinations, from Prague to Paris, have some fascinating stories to tell that will spook you from home.

When the fog descends on London, it’s like you’ve stepped into a Victorian Gothic horror film. It’s no surprise that many of the city’s most famous ghosts originate from the late 19th and early 20th centuries. Londoners love a pub, but you might not know that many boozers have their own ghosts, like the Ten Bells in Shoreditch, haunted by the spirit of Annie Chapman (one of Jack the Ripper’s victims) or the Old Queen’s Head in Angel, which is terrorised by the ghost of a little girl who weeps, slams doors and rushes past punters on the stairwell. There have also been sightings of a mysterious creature lurking in the woodlands around Hackney Marshes, a popular place for dog walkers and amateur footballers. Would you consider staying at one of London’s haunted hotels? 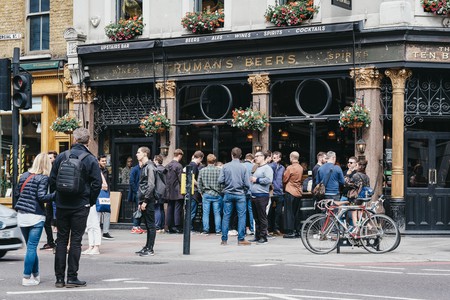 The Ten Bells pub in Shoreditch, East London, is said to be haunted by the spirit of Annie Chapman (one of Jack the Ripper’s victims) | © Alena Kravchenko / Alamy Stock Photo

According to folklore, the streets of Prague were once watched over by a mythical clay Golem, brought to life by a Rabbi in the 16th century to defend the Jewish ghettos. Houska Castle on the outskirts of the city is believed to have been built over a gateway to hell, but be warned, demons escaped the bottomless pit that lies beneath the foundations. While wandering the city at night, don’t be surprised if you bump into the headless Templar who rides the cobbled streets on horseback. And once a century, the city is visited by the Iron Man, the spirit of a jilted lover who returns to try and free himself from ghostly servitude. As the story goes, the forlorn ghoul missed his last chance in 2009. 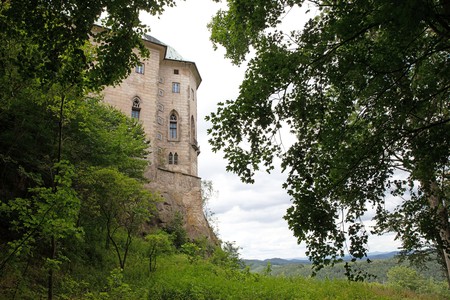 Houska Castle, an early Gothic castle on the outskirts of Prague, is believed to have been built over a gateway to hell | © Micha Klootwijk / Alamy Stock Photo

Many of the world’s scariest horror stories were penned by Gothic writers who hailed from Dublin, like Charles Maturin (Melmoth the Wanderer), Lafcadio Hearn (Kwaidan: Stories and Studies of Strange Things), Sheridan Le Fanu (Carmilla) and Bram Stoker (Dracula). Dublin’s famous university, Trinity College, is haunted by former lecturer Edward Ford, who was murdered in 1734, while Lambay Island off the coast of Dublin is haunted by the spirits of sailors who drowned when the RMS Tayleur sank on its maiden voyage from Liverpool to Australia. And here’s another fun fact: While some people might think that jack-o’-lanterns originated in the States, the tradition was introduced by Irish migrants in the 19th century. 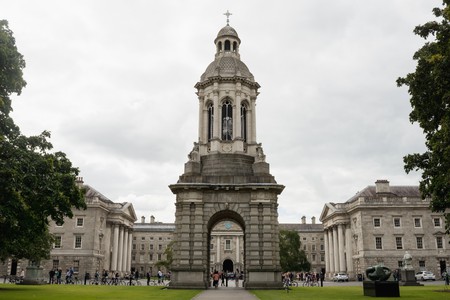 Vlad the Impaler, the medieval prince who tortured his enemies and watched them slowly die, inspired Bram Stoker’s Dracula, and his castle in Transylvania (a short drive from Bucharest) is a popular tourist attraction. Bucharest’s Hotel Cismigiu is haunted by the spirit of a young woman who died when the building was used as a student dormitory, while the Palace of the Parliament (Romania’s parliamentary assembly and the second-largest building in the world) is visited by a ghostly woman who begs frightened passers-by for help. The Theater School is haunted by the spirit of Romanian actor Octavian Cotescu, whose ghostly visitations are well known throughout the city. 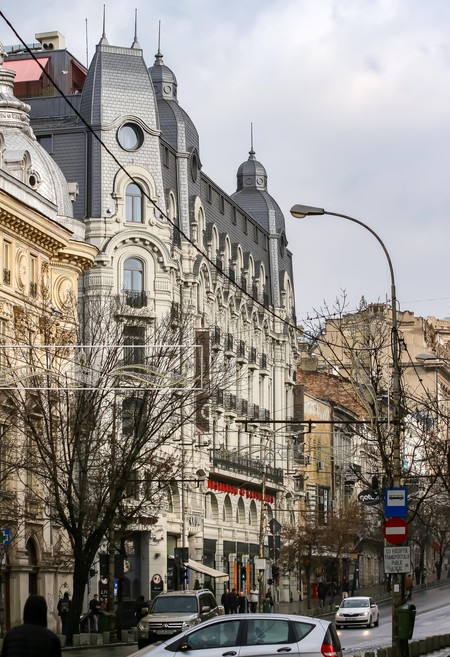 Bucharest’s Cismigiu Hotel, built in 1912, is said to be haunted by the spirit of a young woman | © lcv / Alamy Stock Photo

Only the bravest will be able to explore Edinburgh’s underground city, a series of underground vaults and passageways beneath South Bridge and one of the city’s best-kept secrets. The Edinburgh Playhouse is also haunted by a former stagehand wearing a grey coat, believed to have died in suspicious circumstances. Most spooky of all is Greyfriars Kirkyard cemetery. In the 17th century, Presbyterian Covenanters were imprisoned here; many were executed or died of malnutrition. The mausoleum of one of the men responsible, George Mackenzie, resides in Greyfriars Kirkyard and is a hotbed of paranormal activity. 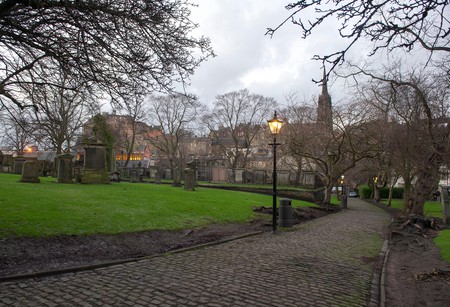 Rome holds a special reverence for the afterlife, with thousands of statues dedicated to the dead. The Doors of Death in St Peter’s Basilica depict scenes from the deaths of Jesus, Mary and St Peter, and many Catholics won’t walk through them as it’s believed doing so brings bad luck. Campo de’ Fiori is one of Rome’s liveliest piazzas; however, visitors often overlook the hooded statue of philosopher and astrologer Giordano Bruno, who was tried for heresy and executed by the Roman Inquisition in Campo de’ Fiori. Many have claimed to see his spirit wandering the piazza. Locals also say that if you visit Ponte Sisto bridge at sunrise, you can see Pope Joan, believed to have reigned in the Middle Ages. 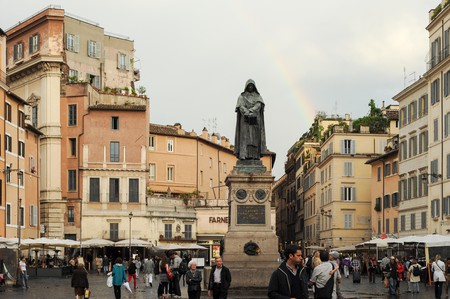 Many have claimed to see the spirit of Giordano Bruno wandering Rome’s Campo de’ Fiori, where a statue honours him | © Wojciech Stróżyk / Alamy Stock Photo

Madrid has its fair share of ghosts, many of which reside in some of the city’s most famous buildings and popular tourist attractions. The Ministry of Finance, not far from Puerta del Sol, was used as a prison during the Civil War and a burial site for those who perished during Spain’s most infamous conflict. Many guards have reported hearing strange voices and banging doors. Linares Palace, meanwhile, is haunted by the spirit of the murdered daughter of the noble family who once lived there, and Reina Sofia Museum (one of Madrid’s most popular tourist attractions) is haunted by the patients of the former hospital. 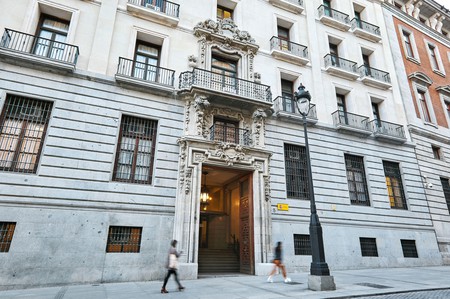 Belgium is home to two of the spookiest abandoned buildings on the planet. The IM Cooling Tower and Château Miranda attract ghost hunters and urban explorers in droves. In Bruges in particular, a famous ghost story tells of a monk and a nun who lived near the river Reie. The monk murdered the nun with whom he was in love, burying her body in the secret tunnel that connected his monastery to the cloisters. Both the nun and the monk appear to the people of Bruges as pale apparitions, disappearing at midnight. 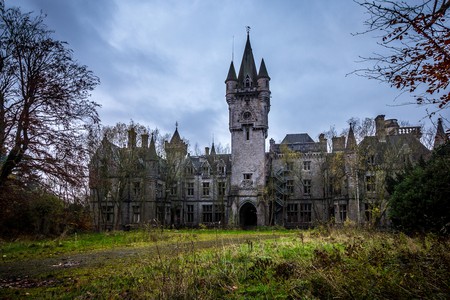 The ancient city of Istanbul is home to many ghosts. It’s not just the spirits that come and go, but the buildings themselves. Bakırpaşa Mansion is said to disappear one night each year, but to where, no one knows. Visit the Grand Bazaar to sample some of Istanbul’s local delicacies – or travel to another dimension – as it’s believed that Cevahir Bedesten in the shopping district hides a portal to other worlds. The Yusuf Ziya Pasha mansion that lies on the shores of the Bosphorus Strait is visited by the late wife of the Ottoman pasha Yusuf Ziya, who tinkles the ivories when no one is around. 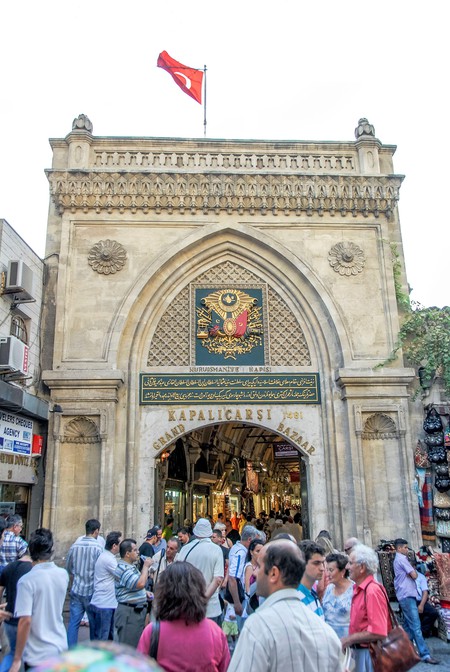 There is both a romantic and a supernatural side to Paris. Fans of Stranger Things will recognise the significance of the “upside-down” catacombs that lie beneath the city, a decrepit reflection of the beauty above. The French like to study the supernatural, and Le Musée des Vampires is dedicated to bloodsuckers, while Le Manoir de Paris is a museum-come-haunted house. The Red Man is probably Paris’ most famous spectre, a former royal hitman who died by the sword he lived by. His ghost is said to appear as a premonition of death, although Napoleon is said to have consulted The Red Man before battle. 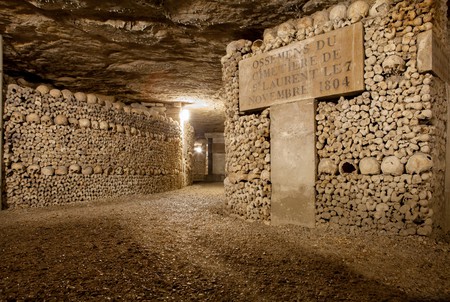 Like Paris, the city of Berlin rests on a network of tunnels and chambers. These dimly-lit passageways tell a thousand stories, the characters of which may still remain trapped in the subterranean mazes. The old ruins of the Gothic Franciscan monastery on Klosterstraße are supposedly haunted by Friar Roderich, a malevolent man who murdered his son. Berlin’s citadel is haunted by the ghost of Anna Sydow, imprisoned within its walls by her lover’s son. To this day, people have seen her wandering the halls, unable to leave. 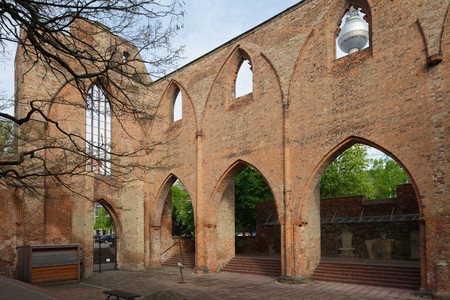