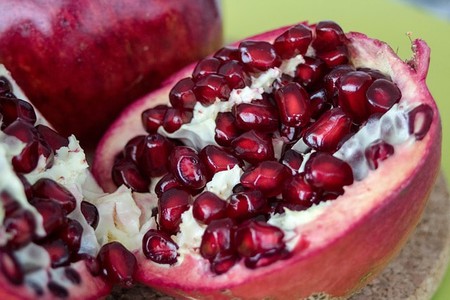 If you need a bit of extra help getting in the mood for February 14th, turning to food is an idea that’s featured throughout history.

From crushed beetles to powered rhino horn, the solutions haven’t always been the tastiest, but they have been proven to help you feel more like getting it on. This is what you should serve your lover to guarantee a fun Valentine’s night. 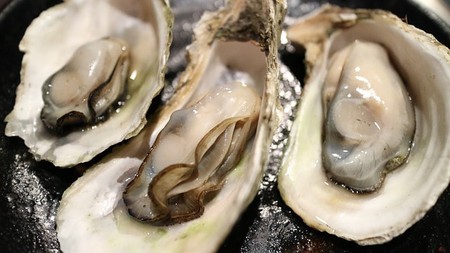 You can tell just by looking at these succulent sea creatures that they’ve got sex on the brain. Scientists have found that eating raw oysters really does improve your sex drive, thanks to the presence of unusual amino acids that increase the production levels of testosterone in males and progesterone in females. Perhaps that’s why famous 18th-century Italian lover Casanova breakfasted on 50 of the things a day. Better get swallowing.

The idea of chocolate making you feel frisky was first trialled by the Aztecs, with cocoa beans even acting as currency to pay prostitutes with. It was tested in the 1980s, when scientists suggested that, since chocolate contains phenylethylamine (a chemical produced by the brain when someone is in love), there must be a link between the sweet treat and sexual desire. Regardless, if you give someone a big box of chocolates, they’re likely to feel pretty favourably towards you. 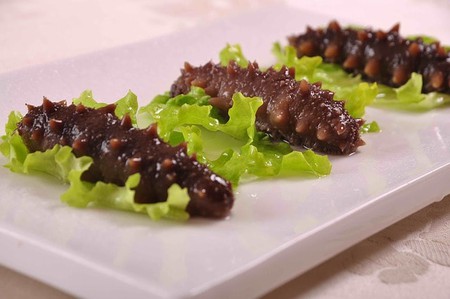 Sea cucumbers – not good looking, but they get the job done | © dajisheji / Pixabay

It might not be the best looking beast, but the sea cucumber certainly reminds one of a particular organ. Apart from its close resemblance to a pertinent body part, the sea-dwelling slug has been eaten in China for centuries to cure low libido levels and is often marketed as a natural alternative to Viagra. It’s high in vitamin C, which promotes prostate health by fighting free radicals, and is also rich in niacin (also known as vitamin B3), which helps to support healthy levels of female and male sex hormones.

As well as being a social lubricant, a study showed that women who drank red wine had a higher sexual appetite than those who didn’t. Drinking a small amount of any alcohol will increase your libido, as ethanol stimulates your hypothalamus which helps to stimulate functions such as hormone levels and sex drive.

Even the appearance of this fruit is sexy. Ripe, round, red strawberries, perfect for feeding to your lover by hand… and they might even increase your sex drive as well. Strawberries are high in vitamin C, which is important for producing enough sex hormones and creating chemical neurotransmitters in the brain to increase libido. Eat up! 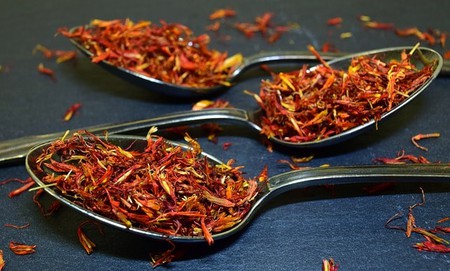 Saffron – it’s golden in more than one way | © ulleo / Pixabay

Not only does this expensive, golden spice have a delicious floral flavour, but it may also be a help in the bedroom. A team at the University of Guelph in Ontario, Canada, have found that saffron has the potential to increase sexual desire.

You only need to look at a halved fig to know why it features of this list. Adam and Eve supposedly covered their nakedness with fig leaves after eating the forbidden fruit in the garden of Eden, and in Greek mythology the sensual fruits are associated with Dionysus, the god of wine and drunkenness, and Priapus, the god who symbolised sexual desire. As well as all that symbolism, they’re also high in amino acids, which can increase libido and boost sexual stamina. 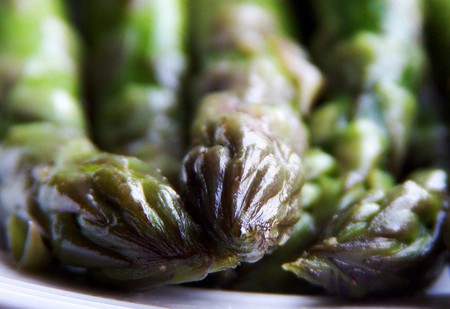 There’s the obvious shape of these phallic vegetables, but the high levels of vitamin E they contain can genuinely help to increase oxygen and blood flow to the genitals. So lick the melted butter off that asparagus stalk and it could actually help you get to the bedroom.

This sweet sticky substance contains boron, which helps to regulate hormones levels and nitric oxide, increasing blood flow during arousal. Just don’t spread the honey around too far – stickiness might be a mood killer.

A juicy steak is a favourite of Valentine’s set menus, possibly for good reason. Protein-rich lean red meat increases levels of dopamine, the reward hormone, and norepinephrine, which increases the heart rate. Both are important for arousal.

Pomegranates are symbols of fertility and abundance | © comanche0 / Pixabay

Historically a symbol of fertility and abundance, the antioxidants in this red fruit help to decrease inflammation and plaque in arteries, meaning blood can flow around the body more effectively. It’s also a sexy food to eat, bursting with all those juicy seeds.