If in Europe, ‘tis the season to cozy up in wooly knits, sip hot buttered rum, wander winter wonderlands and ice skate. If on the other side of the world, it’s time to don a Christmas hat and sling some snags on the BBQ. Wherever you are, scenes of Christmas warm the heart. Christmas in art can mean many things – from advertisements and cartoons to winter landscapes and nativity scenes. We take a look at some sensationally seasonal artworks. 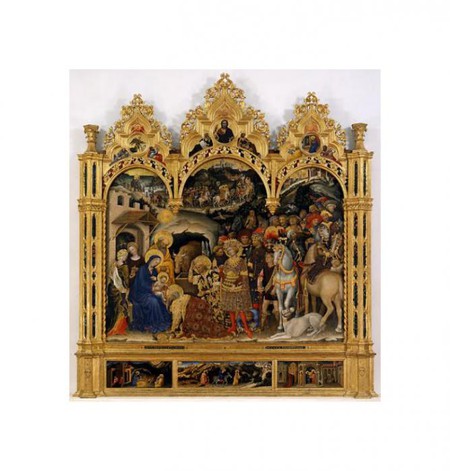 The Adoration of the Magi by Gentile da Fabriano | © WikiCommons 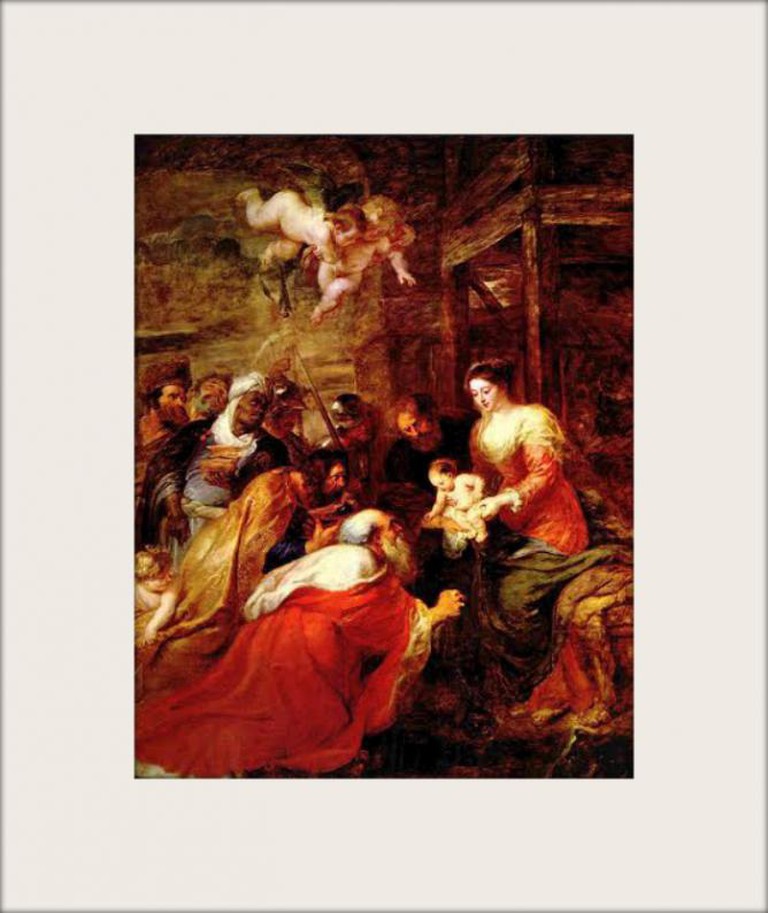 The Adoration of the Magi by Peter Paul Rubens | © WikiCommons
This ornate portrayal of the three kings visiting baby Jesus was painted in 1423 and has since been deemed the culmination of the international gothic style. The painting was commissioned by the wealthy Florentine banker Palla Strozzi as a gift for a Florentine church. Strozzi stands behind the youngest king, his gaze boldly meeting that of the observer. The painting is full of pomp and sumptuous in detail, harkening back to Christmas’s Christian origins whilst affirming that the gift giving of Christmas did not originate with Coca-Cola.

Adoration of the Magi | Rubens

Rubens loved The Adoration of the Magi. He loved it so much he painted it over, and over and over again. A staunch Catholic, Rubens rebelled against Protestantism with the luxurious colors and fabrics afforded to him by the Magi. Glimpsing this scene, the viewer can imagine a fire lit, stockings hung, rich colors and mulled wine.

The Adoration of the Shepherds | El Greco

El Greco (‘The Greek’) was a 17th century Cretan painter who was deeply religious and prayed intensely. El Greco settled in Toledo, Spain, where he firmly immersed himself within the Spanish Renaissance tradition. His deeply religious beliefs and tendency towards mysticism impart his paintings with shadowy conviction. ‘The Adoration of the Shepherds’ depicts the ecstatic reception of the birth of Christ. Angels hover and shepherds kneel, while light and darkness compose a sense of awe. This painting was intended to hang over El Greco’s tomb – as the angels watched over Jesus in birth, Jesus would watch over El Greco in death.

No one paints Americana Christmas better than Norman Rockwell. Most famous for his cover illustrations for The Saturday Evening Post, Rockwell painted happy families, beagles with bows and children clutching wholesomely wrapped boxes like no other. Sleigh-rides, caroling, and decorating Christmas trees, this book satisfies each and every holiday craving. 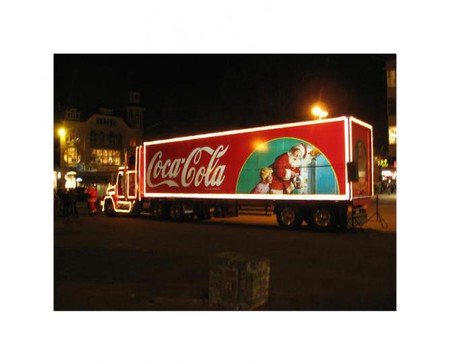 In 1931, Coca-Cola commissioned illustrator Haddon Sundblom to create a Santa Claus for their advertisements. The original painting has not survived, as economic concerns during the Great Depression led Sundblom to paint over his original canvas. However, the reproduced images and resilient Christmas cheer remain. No Christmas is complete without a rosy-cheeked jolly Santa chuckling and clutching a bottle of Coca-Cola. 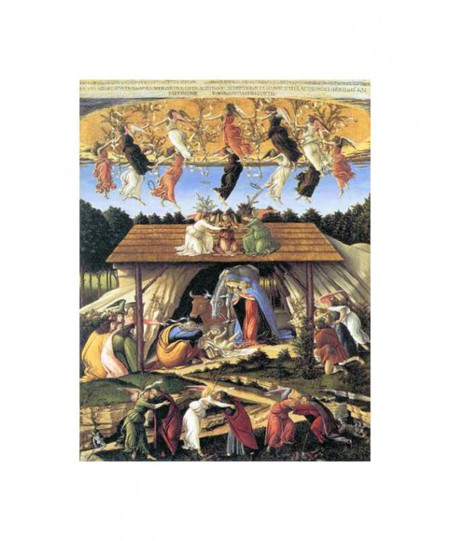 ‘The Mystical Nativity’ is not your typical adoration of the birth of Christ type of painting. It combines the New Testament birth of Christ with the Book of Revelation’s Second Coming and there are embedded references everywhere. The garbs of angels dance in the breeze, embracing figures morph into each other – even the rocks on the land appear soft to touch. This brightly lit and exuberant depiction of the Christmas nativity scene brightens the spirit of viewer, believer or not.

Monet’s ‘Snow at Argenteuil’ series is comprised of 18 paintings, all depicting the snow strewn landscape of Argenteuil, where the French Impressionist lived in the winter of 1874-1875. In this particular piece, a couple stands at the far end of a road, arm in arm, the outlines of their bodies melding into the snow. The ‘envelope of atmosphere’ created by Monet transports the viewer to crisp winter afternoons inevitably followed by a thawing out by a fireplace.

Raymond Briggs’s beloved children’s book was published in 1978. It has since been adapted into an animated film, theatrical production and even a video game. The ethereal images capture perfectly the magic and mystery of a child’s Christmas. The images seem to glow with a light inside and their quiet beauty makes them truly memorable Christmas artworks. 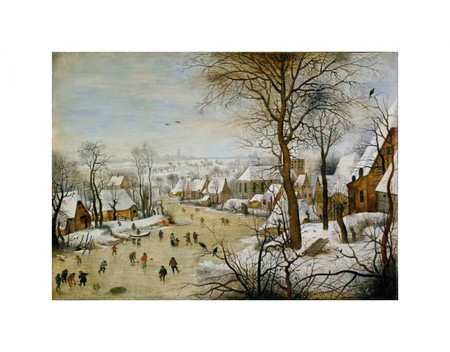 The 17th century Flemish painter Pieter Brueghel the Younger is known for his picturesque village scenes, landscapes, and religious subjects. In this delicate portrayal of winter village life, people play on the ice – running, almost dancing, maybe falling. Snow-capped houses line a frozen river, with darkened windows only hinting the warmth inside. 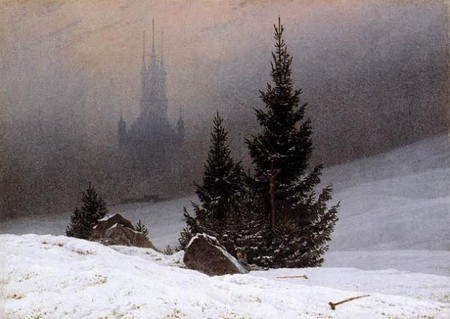 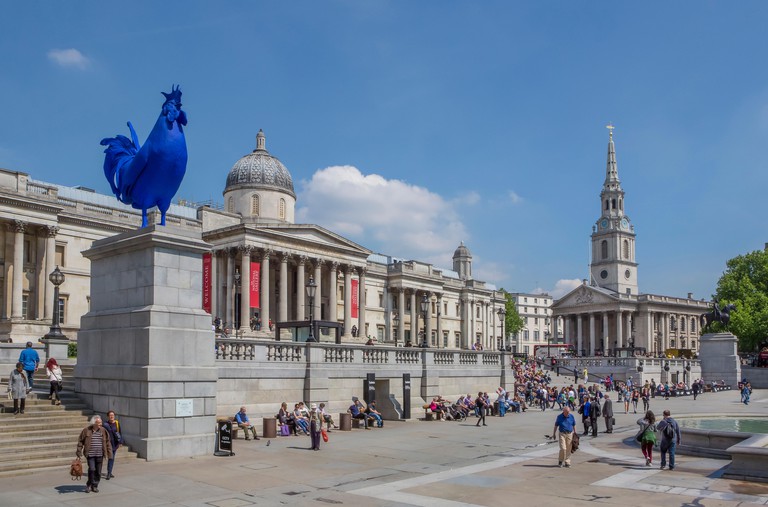 Caspar David Friedrich’s ‘Winter Landscape’ is full of symbolism. A crippled man sits before a crucifix – his crutches having been discarded in the snow – and prays for salvation. In the mist behind, a gothic church tower emerges. The rocks and the evergreen trees may have been intended as symbols of faith, steadfast and unmoving, but they also evoke the feels and shape of Christmas tree, standing majestically in a field of white snow. The National Gallery, Trafalgar Square, London, WC2N 5DN, UK, By Lucy Andia The Culture Trip showcases the art, food, culture and travel for every country in the world. Have a look at our Europe sections to find out more or become involved.