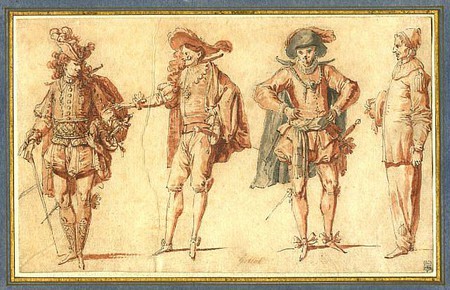 As 2016 marks the quatercentenary of Shakespeare’s death, much has been done to celebrate the Bard’s contributions to literature, including the BBC series Upstart Crow. However, whilst Shakespeare has had a profound impact, his contemporaries should not be summarily dismissed, as many contributed in shaping the course of Renaissance dramatics, and a few even eclipsed Shakespeare in popularity at the time! We explore 10 classic alternatives that rival the better known Shakespeare counterparts!

The Roaring Girl by Thomas Dekker and Thomas Middleton

A roaring (forgive the pun!) success at the time, The Roaring Girl is a fictionalised dramatization of the life of Mary Frith, a notorious pickpocket of the London Underworld who became known as ‘Moll Cutpurse’. A delightful comedy predicated on the protagonist’s clumsy attempts to get his father’s blessing for his relationship with his lover, Sebastian hilariously pretends to be in love with the notorious Moll Cutpurse, so that the father will be so horrified by his choice he would prefer any alternative. The play’s energetic and unconventional treatment of femininity and societal values makes it an absolute winner. 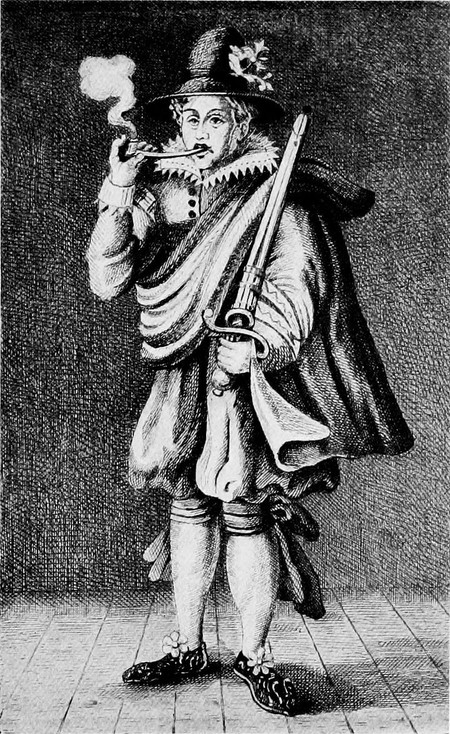 The Island Princess by John Fletcher

One of the most influential dramatists of his day, Fletcher proved to be an important part of the transition from Elizabethan to Jacobean theatre. Though The Island Princess is a late Jacobean tragicomedy, it is an important contribution to the English canon, exploring colonialism and anti-colonialism in presenting the story of Quisara, the sister of the King of Tidore as she is ardently pursued by suitors. Set against the historical backdrop of the European movement in Indonesia and other parts of East Asia, the play acts as a reinterpretation of Shakespeare’s The Tempest, exploring the interaction between Islam and Christianity. 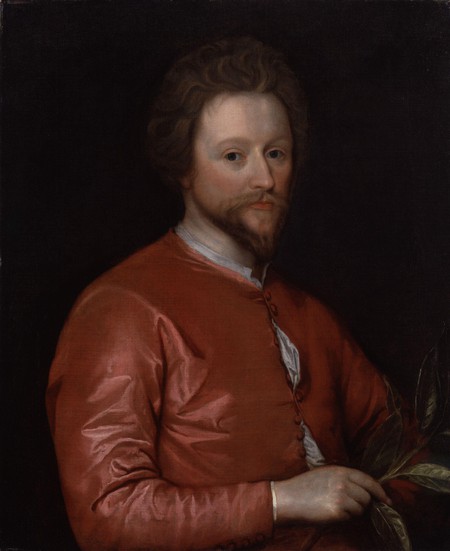 Portrait of John Fletcher, circa 1620 | Courtesy of WikiCommons

‘Tis A Pity She’s A Whore by John Ford

A truly grisly tragedy eclipsing Shakespeare’s Titus Andronicus in its treatment of taboo subjects, ‘Tis A Pity She’s A Whore has subsequently become one of the most controversial English literary works. The play follows Giovanni, a talented, virtuous, and noble youth with an unrestrained passion for Annabella, his sister, which causes his downfall. A complex and dark tale of secret trysts, broken promises, and bloody revenge, modern theatre-goers have proved to be a more sympathetic and appreciative audience than the audiences of previous centuries, ensuring the play has had something of a revival in the 20th century. 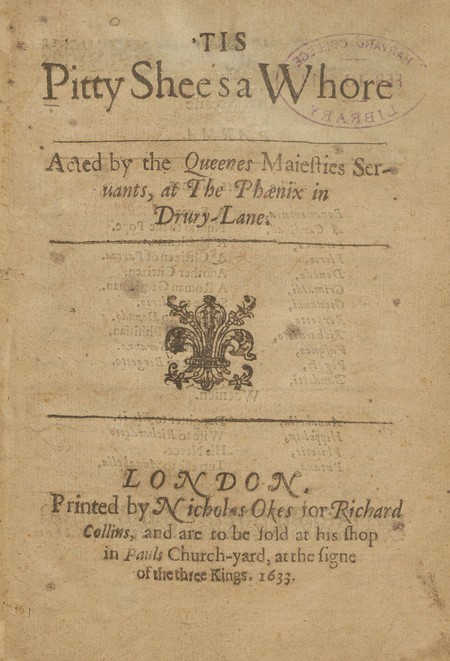 Title page from Tis Pitty Shee's a Whore, acted by the Queenes Maiesties Seruants, at The Phoenix in Drury-lane, by John Ford (1586 – c.1640). London, Printed by Nicholas Okes for Richard Collins, and are to be sold at his shop in Pauls Church-yard, at the signe of the three Kings. 1633. STC 11165, Houghton Library, Harvard University | Courtesy of Wikicommons

Though Greene is unfortunately better known for his contempt for Shakespeare, most notably in calling him an ‘upstart crow‘, he was also a prolific writer of romances, plays and autobiographies. Recognized as ground-breaking for its usage of multiple plot structures, Friar Bacon & Friar Bungay centers around Prince Edward’s attempts to seduce the beautiful Margaret, using Friar Bacon’s necromancy to aid him. An exciting spectacle to view on stage through the repeated displays of Friar Bacon’s magical skills, the play is a novel and amusing theatrical experience which shouldn’t be missed. 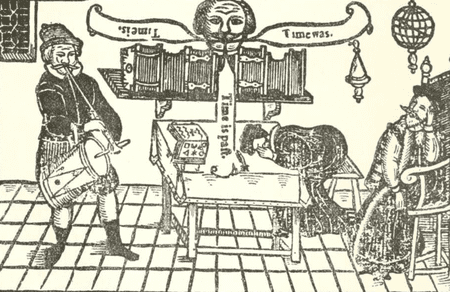 A woodblock engraving of Miles playing the tambour while friars Bacon and Bungay sleep and the Brazen Head speaks "Time Is. Time Was. Time Is Past." From the 1630 edition of Robert Greene's The Honorable Historie of Frier Bacon, and Frier Bongay. | © LlywelynII/Wikicommons

The Spanish Tragedy by Thomas Kyd

A tangled tale of revenge and retribution, The Spanish Tragedy established the new trend of the ‘Revenge Tragedy’ in the Elizabethan theatre. Furthermore, many elements found in it – including the play-within-a-play device, and the appearance of a vengeful ghost – reappear in Hamlet, making it an important forerunner of Shakespearean tragedy. Set in the Spanish court as the Spanish attempt to establish a fragile peace with the Portuguese, the play tracks the progress of personified Revenge and Don Andrea’s ghost, a murdered Spanish soldier, as they watch their bloody plan of vengeance unfold. Thrilling and suspenseful, it is an important must-watch. 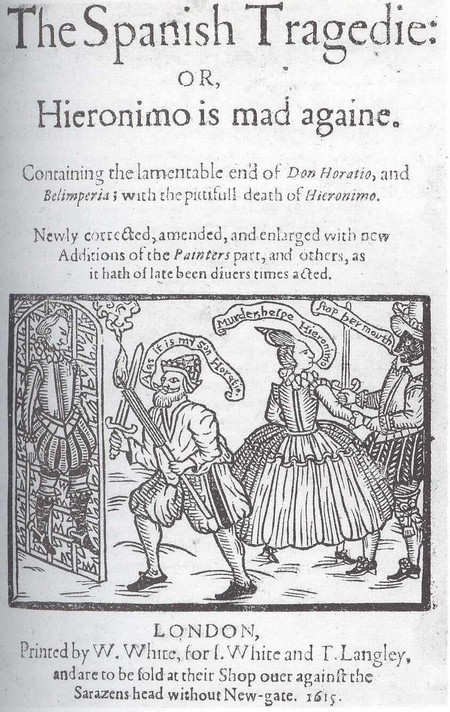 Volpone, or The Fox by Ben Jonson

Drawing on elements of beast fable in the style of Aesop and the popular city comedies, Volpone is a scathing critique on human greed and lust. Based on the premise that ‘Volpone’, a sly Venetian nobleman, fakes severe illness in order to trick the three men eager to receive, the rest of the play unfolds with satirical brilliance as all the characters cross and double-cross each other for their own gain. Revived time and time again for the stage, the play remains Jonson’s most popular because of its undying relevance through the centuries and its unerring criticisms of human character. 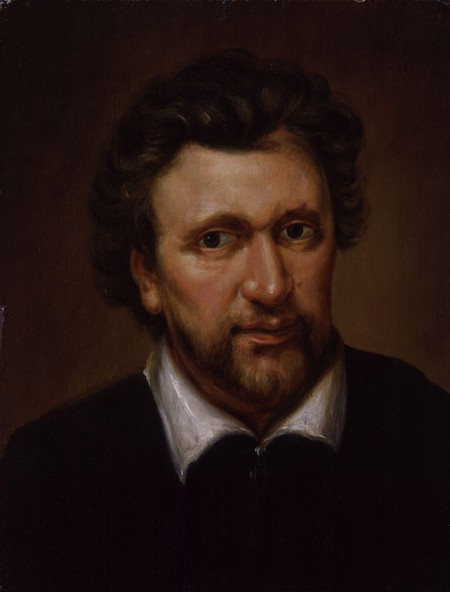 Notorious for its legendary status as a ‘cursed play’, as well as being reputed for its dramatic excellence, Doctor Faustus has endured the test of time in its continued popularity and critical acclaim. Describing the events in the life of Faust, a brilliant and ambitious individual who sells his soul to the Devil in return for knowledge, the play is both a hitherto-unseen innovation of theatre and a skillful exploration of damnation and human curiosity. Moreover, the early productions of it became legendary after living demons apparently manifested on stage, causing chaos and inspiring madness in its audience! 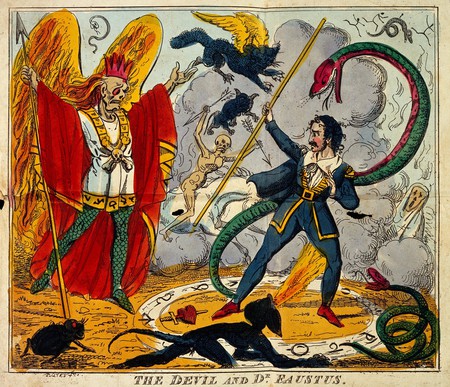 The sequel of the comedy Antonio and Mellida, which ended with Mellida’s father, Duke Piero, giving his blessing to the union between Antonio and Mellida, the revenge tragedy starts where the previous left off – though Piero secretly remains as averse to the match as ever! After Mellida dies by grief on account of her father’s ruthless cruelties and murders, Antonio seeks revenge to right these wrongs. Both a tribute and a parody of earlier Elizabethan revenge tragedies, Antonio’s Revenge is also notable through its unusual and slightly controversial literary relationship with Hamlet, which has been much discussed. 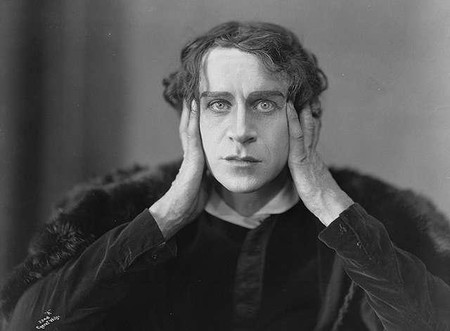 Norwegian actor Ingolf Schanche as Hamlet. The relationship between the two plays has always been viewed with controversy, as they share many similarities in plot device and characterisation | © Manxruler/Wikicommons

The Changeling by John Middleton

Widely regarded as one of the best tragedies in the entire tradition of Renaissance plays, The Changeling has been the focus of much debate, cementing Middleton’s reputation. Recounting the downfall of Beatrice Joanna, a woman who makes the servant De Flores (who is secretly infatuated with her) kill her fiancé so that she can be with her beloved, the play explores the themes of treachery, sin, and obsession through the motifs of Eve’s ‘Original Sin’ and blindness. A dark and troubling play with the haunting quality of a nightmare, The Changeling is nonetheless mandatory viewing for all theatregoers. 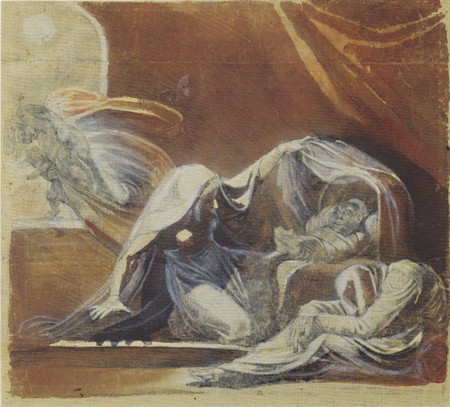 The Changeling by Henry Fuseli | © Mefubren69/Wikicommons

The Duchess of Malfi by John Webster

Loosely based on a real-life Duchess of Amalfi, who, like in the play, married Antonio Beccadelli di Bologna secretly after the death of her first husband in the 1510s, The Duchess of Malfi quickly deteriorates from a love story to a bloody and chaotic saga of self-destruction and vengeance as the duchess’ two brothers exact revenge and seal their own fate in the process. A sensitive portrayal of class, corruption, and self-ruination, the play adheres to the conventions of the bloody Senecan tragedy whilst making itself distinctive enough from it to become an enduring classic. 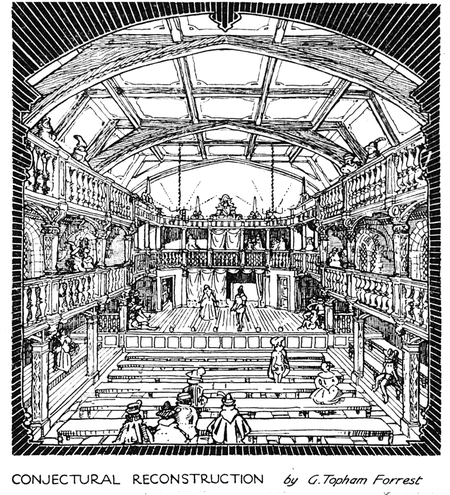 Drawing of the second Blackfriars Theatre according to legal descriptions of the times, where The Duchess of Malfi was first performed, by G. Topham Forrest (1921) | © Tom Reedy/Wikicommons
Give us feedback