Affordable Skiing Destinations Around The World

A beautiful day in Bariloche | © Gullebot/WikiCommons

There is no denying that taking a ski or snowboard vacation can be costly. We’ve done the research for you, and come up with 10 budget-friendly resorts across the globe that make that winter vacation within reach.

The town of Bardonecchia sits surrounded by mountains in the Northeast of Italy, just 90 kilometers from Turin. It is a picturesque and inviting place, yet is not frequented like many of the larger resort towns in Italy. In fact, Bardonecchia was dubbed the most underrated resort in Italy, despite having hosted some of the snowboarding events during the 20016 Olympics. But that works in favor for the budget-minded traveler: skiers or boarders looking for great snow and terrain, without the ballooned prices of the larger resorts. Get away from big crowds and experience Bardonecchia for just 36 euros per day, or extend the fun for an even better price, and pay just 65 euros for a 2-day pass. 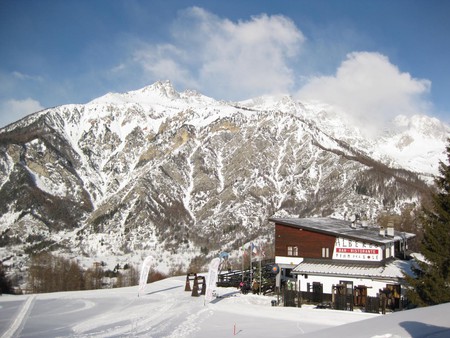 For 70 years, Boler Mountain has been both a club and a community hub, all for the enjoyment of skiing. Because it was founded as, and remains, a non-profit organization, the resort is astonishingly affordable. This is a charming and comparatively smaller resort, so skiers looking for a large amount of terrain and highly technical runs may not be satisfied; but those traveling with children, or skiers just looking for great snow and ample runs at an exceptional rate, will find this to be an excellent holiday destination. At just $39 for an adult all-day pass, there is no way Boler Mountain can be passed up. 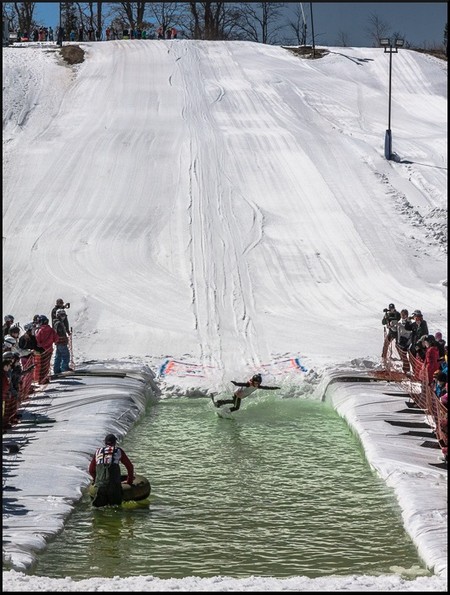 If you are one of our readers in South America, or a ski holiday to Patagonia sounds like your cup of tea, this resort is for you. Argentina’s winter is the opposite of much of North America and Europe, with its primary ski season running from June to October. After an easy flight from Buenos Aires to Bariloche, Cerro Catedral is accessible by car, or local bus transportation, just 20 kilometers outside of the city. The resort is well-known in the skiing world for majestic peaks, and a friendly atmosphere. Rates for day passes are very affordable: during the high season, a day pass sells for about 790 Argentine Pesos (about $57 USD), and as little as 445 AP ($32) during the low season.

A beautiful day in Bariloche | © Gullebot/WikiCommons

To save big on skiing, you may not have to go too far from home. Southern Austria, and the Dolomites of Northern Italy have popular resorts, but can be pricey. Travel a bit farther east, into Slovenia, and your pocket-book will be rewarded. Kranjska Gora is located on the north-western tip of the country, and offers world-class skiing at a fraction of the cost. Play all day in the snow for just 32 euros. After you’ve worn yourself out, visit the town of Kranjska Gora, and the Alpine Village that is set up in front of the city’s church all winter. You’ll feel like you’ve stepped right into a storybook, with local craftsmen, and food vendors lining the streets.

Many city-dwellers of the east coast’s large metropolitan areas flock to the ski towns of New England for weekends. This can drive up prices, especially during the holiday season. Vermont’s Mad River Glen has managed to keep prices low, offering access to travelers that aren’t ready to shell out the hundreds of dollars that other resorts charge. The resort’s adult lift tickets sell for only $65 per day, and visitors can find affordable accommodations in nearby Montpelier. With that price, and the claim that Mad River is the toughest mountain to ski on the entire east coast, this budget-friendly resort is hard to beat.

Bulgaria may not be the first destination on your list for a ski holiday, but maybe it should be. Pamporovo is a resort located in the south-central Rhodope Mountains, directly north of Greece. The resort’s terrain is smooth and very manageable, with the majority of runs suitable for beginners and intermediate skiers. For only 53BGN (under $30USD) you can tear up over 37km (23mi) of terrain. If you’re looking for an activity that is even more gentle, Pamporovo also offers extensive cross-country ski tracks through the forests and mountains. 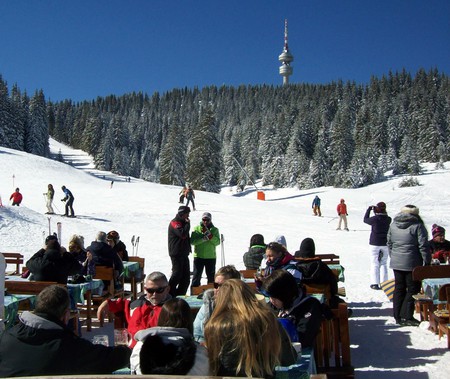 Enjoying the scenery at Pamporovo | © Summonedbyfells/Flickr

If you’re a native of southern Europe, you may have visited Andorra before. This small country sits nestled between Spain and France, in the Pyrenees Mountains. And Andorra has certainly taken advantage of its rugged natural terrain. What is perhaps the best deal we’ve found in all of Europe, is called the Grandvalira pass. For just 46 euros, you can access Pas de la Casa, a resort on the eastern border with France, and five other resorts in Andorra. The Grandvalira pass opens up the largest skiable domain in Southern Europe for a steal of a deal. So gather up your ski gear, and get a new stamp on your passport.

The area of eastern France is pretty well-known for snowsports, but that can drive up prices. Luckily, with relatively easy access from Grenoble, Lyon, and Turin, you could get a piece of that famous Alpine skiing at Sainte Foy Tarentaise. Day passes for adults are just 30 euros, and children under seven ski for free. For the adventurer, book an excursion with a guide to ski off-piste routes, for fresh powder and amazing mountain views. Or enjoy the snow in a completely new way, and go dog sledding. As Sainte Foy Tarentaise is one of the lesser-known resorts, it remains pristine and delightfully uncrowded.

Utah is pretty famous for what they claim as the greatest snow on earth; so much so, that the state’s capital hosted the 2002 Winter Olympics. Because of rising interest by foreign travelers in this winter playground, the cost of skiing in Utah has been steeply increasing. One resort that remains well within the thrifty traveler’s budget is Solitude, located just 30 miles outside of Salt Lake City. The regular rate for an adult all day ski pass is $79, but take a quick look at the resort’s website and you can find discount passes on most weekdays for just $50. Plus, because Solitude is so close to the largest city in Utah, there is a wide range of hotels and accommodations available for any budget. 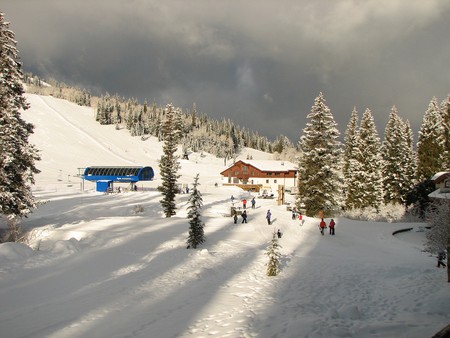 It’s no secret that Austrians love to ski; with all of their amazing resorts, it’s no wonder. But some of the larger, better-known resorts can get terribly busy, with long lines to the lifts. Break away from the pack, and visit Söll: just one of the resorts in the SkiWelt Wilder Kaiser-Brixental ski area. A day-pass for 46 euros gives skiers access to the entirety of SkiWelt’s massive terrain area. The charming town of Söll is home to numerous hostels, chalets, and hotels that remain affordable for any budget. Just a short drive from Munich or Salzburg, Söll would be an idyllic mountain getaway. 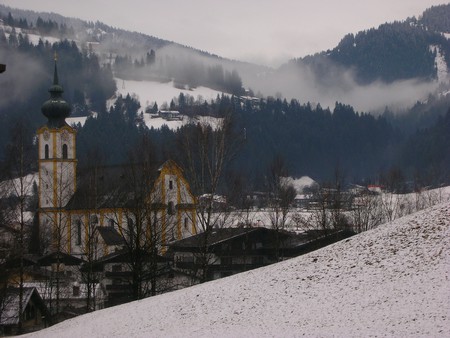