City on a Plate: A Tour of Tirana From the Chef Reviving Albanian Cuisine 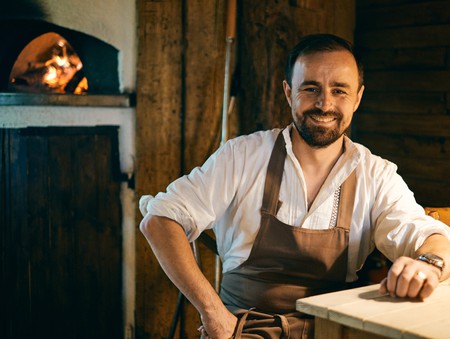 Culture Trip talks to the world’s most talented chefs about the cities that inspire them and the sights, smells and sensations that drive their approach to food. Bledar Kola, who has led the revolution in Albanian gastronomy for the past four years, shows us the undiscovered beauty of Tirana. 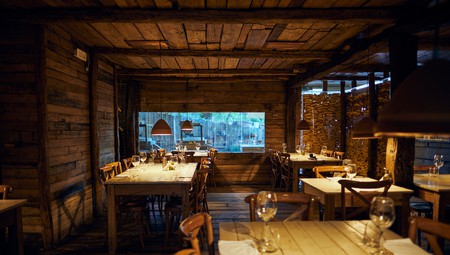 Bledar Kola’s restaurant is inspired by his time in Scandinavia, but is uniquely Albanian in its character | Courtesy of Mullixhiu

Bledar Kola’s rise to the heights of the Albanian culinary scene has been, at times, arduous. After emigrating from rural Albania at the age of 15, he started out in London as a dish washer in a sushi restaurant, and found himself studying the technique and skills of the other kitchen staff as they sliced and prepared fish for dinner service. Prompted by this fascination, he moved from restaurant to restaurant, through culinary school, then working as an intern – for free, or next to nothing – in as many top-class restaurants as possible.

Two such restaurants transformed his view on food: Noma, in Copenhagen, and Fäviken, in the wilderness of southern Sweden. Under the stewardship of chefs René Redzepi and Magnus Nilsson respectively, Kola observed how they celebrated the native produce around them, how they reimagined and elevated old folk dishes to the heights of gastronomy, and how they treated every item as a luxury, whether it was a beetroot or a 200-year old mahogany clam. Kola carried these lessons back with him to Tirana, where he opened Mullixhiu, a restaurant at the very forefront of what is now called New Albanian cuisine – a take on the New Nordic cuisine that has transformed Scandinavia’s gastronomic reputation. 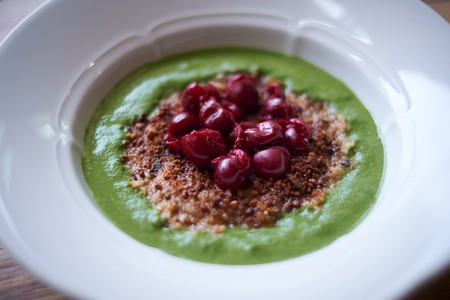 Kola’s cuisine is refined and forward-thinking, but rooted in the traditions of village cooking | Courtesy of Mullixhiu

Mullixhiu’s dishes are all rooted in the history of Albanian village cooking; quails are baked in clay, pasta is dried in the sun, sausages are hand-ground in house just as they would be in the northeastern Sharr mountains. But this does not mean they lack refinement – in fact, Kola’s ‘Metamorphosis’ menu is complex, clever and proudly tells the stories of its farmers and producers. Mullixhiu bases a number of dishes on a shepherd’s typical diet, including the cottage cheese that a dairy farmer would make for their family, in order to show the rustic roots of Albanian cuisine transformed as fine dining. What’s more, Mullixhiu is accessible to all, cooking at an exceptional standard for a fairly modest sum: their seven-course tasting menu sets customers back just €25 (£21) a head, which Kola describes as “gastronomic democracy”.

Kola’s efforts to champion Albanian gastronomy are not limited to Mullixhiu, however. Alongside his brother, Nikolin, and the Noma sous-chef Fejsal Demiraj, Kola runs the RRNO Foundation (meaning ‘to live on’ in old Albanian): a non-profit dedicated to ‘preserving, developing and promoting Albanian gastronomy worldwide’. RRNO are about to launch the second phase of their three-year expedition across Albania, where Nikolin and Fejsal – with their photographer, Matthias Haupt – will embark on eight months of field research, while Bledar holds the fort in Mullixhiu.

Culture Trip spoke to Bledar about Tirana, tradition and the unexplored history of Albania. 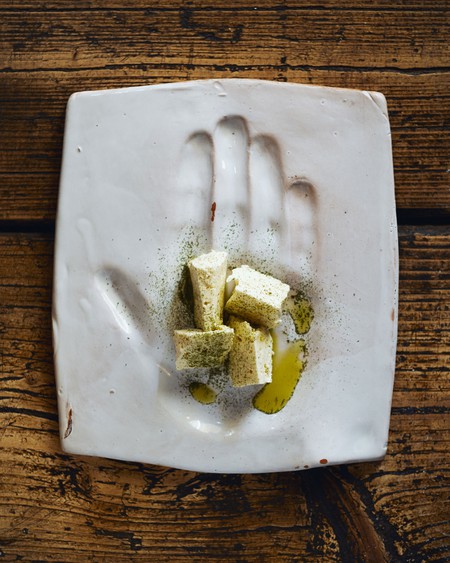 My name is Bledar, and I’m the head chef of Mullixhiu in the Albanian capital of Tirana. We work with fresh meat, wild fish and organic vegetables every day to give our diners a true sense of Albanian gastronomy – and where better to do so than in our beautiful capital city? I consider myself lucky to be able to cook with the local, seasonal, organic produce of Albania.

Tirana is a magical place; I never fail to draw inspiration from it. When I need to spark my imagination, I stroll down to the streets around Pazari i Ri, where you can feel the old city – the cobbled bits of Ottoman, Italian and Communist architecture – merging with the new, vibrant energy of our farmers market. When I need to relax, I head down to the Grand Park, and sit by the lake. It’s my favourite place in the world. If I could choose where I’d have my last meal, it would be here.

The flavour that’s synonymous with Tirana, to me, is the taste of chlorophyll: of green vegetables, covered with morning dew. I’ve always been fascinated by what our cuisine does with vegetables. I remember the first time I had çorbë, which is a vegetable stew. I never knew how transformative and fulfilling a vegetarian meal could be. We can really do some wonderful things with humble ingredients.

The people of Tirana make the city what it is. Our young people are so full of energy and dynamism; they want to take control of the city’s destiny and make it an amazing place to be – and they will. We all have simple pleasures – we love our coffee, we hate bad weather, and we know the value of a great meal around the family table, talking with one another and sharing amazing food. We know how to live!

When I’m away from Tirana, there’s one ingredient I miss most: trahana. It’s hard to explain as an ingredient – wheat grains, fermented with yoghurt and crumbled into a coarse powder – but it’s so dear to me. I celebrate it in our signature dish: trahana grains, cooked like risotto, and topped with a luscious green veloute and stewed plums. We ferment our own trahana in-house, dry it in the sun, and manage every step of the process. To me, it represents the character of Tirana: full of contrasts but also diverse and vibrant, just like our capital city. 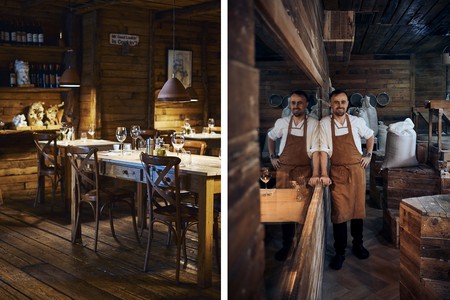 Working with his research foundation, Kola keeps his food at the very forefront of new Albanian cuisine | Courtesy of Mullixhiu

Bledar Kola is head chef of Mullixhiu, a fine dining restaurant in Tirana, Albania, and is co-founder of the RRNO Foundation. Book a table, learn more about the foundation’s work, and keep up with Bledar on Twitter and the expedition on Instagram.