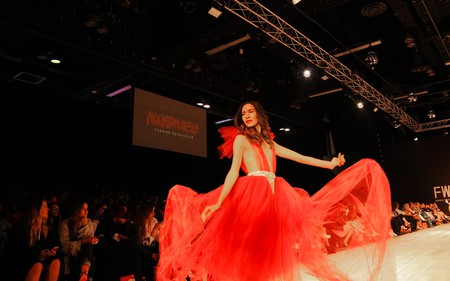 Panama fashion is a whirlwind of wonder, whimsy, and panache. Kaleidoscopic dreamscapes; geometric shape play; sheer on sheer on svelte yet voluptuous silhouettes; coral and floral creamy pastels; and wildly electric, prismatic ensembles—these are just a few descriptions of the 10 most incredible Panamanian designers featured in Fashion Week 2017 that you need to know.

Eclectic, unapologetically bold, sophisticated, silly, fun, eccentric, and profoundly revolutionary—Anna Francesca is a rule-breaking rebel who totally transfixed the audience during her October 2017 runway show. Her exquisite, dynamic works of art were not just walked, but elegantly and boldly danced down the runway.

Anna Francesca perfectly captivates a profound beauty and attention to detail, as well as a strong and tangible energy in her designs. She is sensational; a welcome, refreshing rarity in a normally straight-faced, tight-laced, ever-so-serious, shoulders-back, tummy-in, don’t-blink, don’t-breathe traditional runway show setup. Hers had none of the stiffness and it was brilliant. 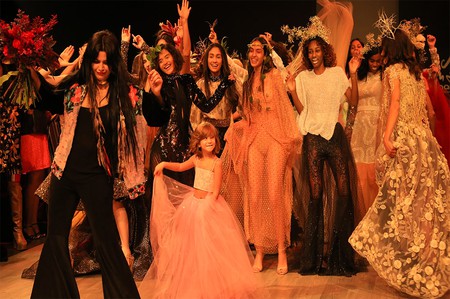 Tony Vergara is a designer who incorporates sophistication and glamorous elements along with fantasy into his structure and technique. “Women are the most important,” he said at his fashion show. For his clothing, Tony has worked with Guna women (indigenous to Panama) for seven years, and speaks highly of their handmade craftsmanship. “I saw beautiful hands in Paris, but these hands are some of the greatest in the world,” he said of the Gunas. Tony also gave his compliments to fellow designer and personal mentor Helene Breebaart, saying she is one of the greatest designers in Panama. 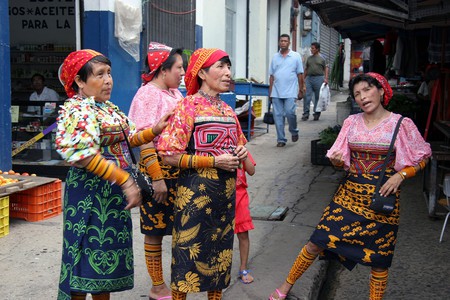 “I was born with brushes in my hand,” said Helene Breebaart of her love for painting. Having first arrived in Panama by way of Paris in 1969, Helene Breebaart got her start with a job for Christian Dior. She traveled the world for work until she met a man whom she’d call her husband. Since he lived in Colón, Panama, to Colón she moved. Though she had to quit her job at Dior, it was in Colón that she rediscovered her passion for painting and started to draw her dresses. “It was just natural,” she said. Helene is now based in Panama City near the popular Sortis Hotel.

Maria Lorena is the designer for Malore, whose impressive runway show consisted of a notably innovative collection named Maleza, which means “undergrowth” in English and was about seeing the beauty behind or hidden within something else. Also inspired by the beauty of nature, the collection’s color palette included earthy with browns, oranges, and reds. The Malore workshop is in the Clayton neighborhood of Panama City, from where Maria currently works by appointment. 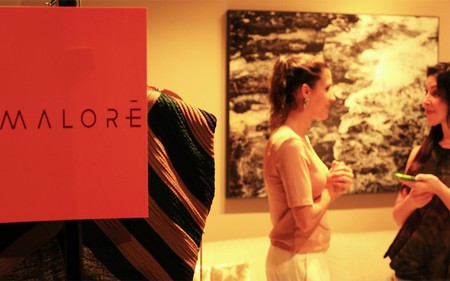 Olga Recio of Spain and Panama carried the torch at Panama Fashion Week with her kaleidoscopic patterns. She also featured horizontal lines with verticals, stripes with floral and coral patterns, and multicolored, multidimensional combinations that worked just beautifully.

Stella Maris is a Panamanian brand known for making handmade paints and embroidery. Its recent collection was inspired by the Jules Verne book, Twenty Thousand Leagues Under The Sea. Stella Maris consists of statement pieces, such as a crop-top jacket with an old-style map embroidered on the back and many pieces are reversible with a focus on making the fashion more functional. 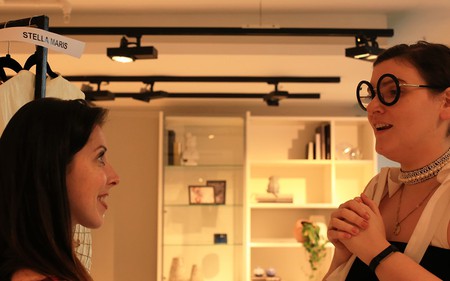 Bredio Mendieta is the designer for the Panamanian brand Londy Atelier. Inspired by the structures of nature, Bredio likes to work with colors that exist organically. One incredible piece, called the Kaluyala, was created by hand by many artists at Bredio’s workshop. He refers to the collective piece as “emblematic.” Bredio expressed that he always feels unfinished with his work and his partner, Ezequiel Rangel, revealed they are considering a very lineal, structured, and focused commercial line. “With this commercial line as a base, Bredio will then have the time to freely work on the art without boundaries, without rules, without any kind of prejudice. Just flow,” Rangel said.

Considered an expert in fashion and catwalk creation, Michelle Nassar has seen proof in the power of internationalizing her brand. Michelle is dedicated to fashion design as a hardworking, modern woman: she is a wife, mother, and businesswoman who enjoys making the most of life and her many blessings. Michelle studied Business Administration in Boston, Massachusetts, followed by the Miami International University of Art and Design in Miami, Florida. She finished her education with a specialization in Fashion Merchandising at the Marangoni Institute in Milan, Italy. 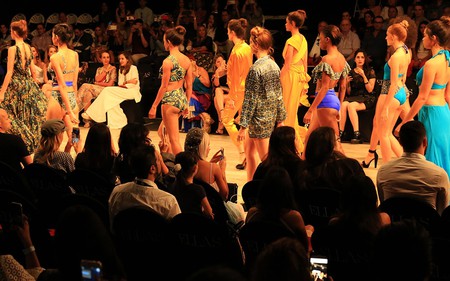