The Best Documentaries to Watch About El Salvador 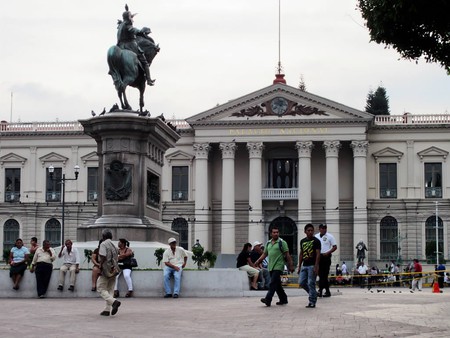 El Salvador might be tiny, but it has gone through some incredible upheaval in recent decades. Watch these documentaries to find out more about the country before you visit.

This film was made by US war correspondent Don North, who spent two months in El Salvador in 1983 during the civil war. North then returned in 2009 to interview people about the after effects of the conflict, combining this with footage from 1983 to bring the film together.

Following guerrilla organizer Maria Serrano around El Salvador in 1989, the team behind this documentary had great access to the rebel camps. The original version was produced in 1991, one year before the peace deal, but an updated version was made featuring updates on the protagonist’s family.

This documentary focuses on the life and times of Archbishop Oscar Romero. Viewers will see how the clergyman passed from the side of the elite to becoming the voice of the people. For those further interested, Archbishop Oscar Romero’s life was dramatized as a biopic for the 1989 film, Romero, produced by Paulist Pictures and starring Raúl Juliá as the titular character.

The Houses are Full of Smoke

This documentary series tells the story of US government intervention in Central America from the 1950s onwards. The second part of three focuses on El Salvador, and how US policy affected developments in the country.

This 2015 Vice News documentary takes a look at the infamous street gangs of El Salvador, the Mara Salvatrucha, also known as MS-13, and Barrio 18. It’s a fascinating dive into the criminal gangs that have played a part in making El Salvador one of the most violent countries in the world.

In this 2012 documentary, the directors show the link between US policy in Central America and the growing wave of immigration that has caused such controversy in recent years. For anyone who wants to better understand the complex dynamics that exist between the US and its southern neighbours, it’s an important one to watch.

Telling the story of the murder of lay missioner Jean Donovan and three American nuns in El Salvador in 1980, this film focuses on Donovan and her life’s journey. As well as providing a window into her life, we are reminded of the involvement of the US government in the conflict.