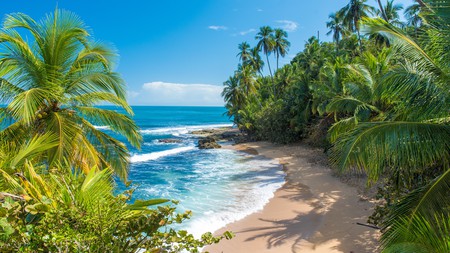 Both sides of Costa Rica promise adventure, so it’s not easy having to decide between the Pacific coast or the Caribbean coast if time is short. Consider your budget, the time of the year, the climate and what you ultimately want from your trip. If it’s still too close to call, this guide should help you determine which coast is right for your next trip to Costa Rica.

If your mind is already made up and you want to visit Costa Rica’s Pacific coast, you can experience the very best of it – and nearby national parks and cloud forests – on our exclusive nine-day trip to Costa Rica. Led by local insiders every step of the way, you’ll discover destinations and Costa Rican culture in ways other visitors won’t.

Reasons to visit the Pacific coast 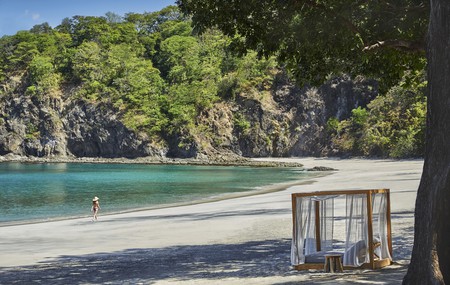 The Pacific coast of Costa Rica is more developed than the Caribbean coast, so dozens of fantastic beach towns line the way, including Samara, Tamarindo, Montezuma, Nosara, Dominical, Santa Teresa, Uvita, Quepos and Drake Bay. All along the Pacific coast is a variety of accommodation, ranging from hostels and budget-friendly hotels to five-star luxury boutique hotels and resorts. In addition, these developed beach towns have tons of dining options, bars, markets, health clinics, boutiques, yoga studios and other amenities to keep you occupied.

It’s closer to both international airports

The west side is more accessible from the Juan Santamaría International Airport in San José and the Daniel Oduber Quirós International Airport in Liberia. While Costa Rica isn’t known for its well-maintained roads – and there are definitely areas with terrible roads – it’s all part of the adventure. Rent a car or use one of the many affordable private and group shuttles available.

There are more national parks 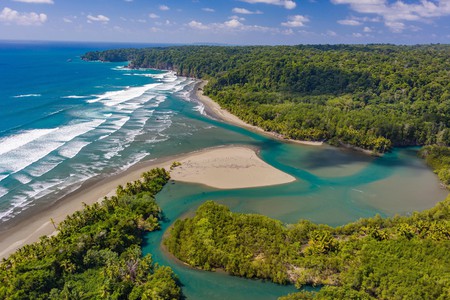 The Pacific coast is home to more than 10 national parks and many other reserves, wildlife refuges, tropical dry forests, rainforests, mangroves, wetlands and coral reefs. These parks offer great opportunities for some unique wildlife encounters. For example, howler, white-faced capuchin and spider monkey sightings are common inside and outside the parks and reserves, as are humpback whale sightings as they migrate to Costa Rica throughout the year.

The surf is better 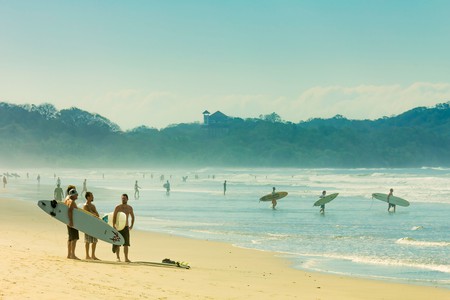 The Pacific coast is home to some world-class and beginner-friendly surfing breaks. Tamarindo, Samara and Jaco are great choices for first-timers and beginner and intermediate surfers and have multiple surf schools, camps, instructors and shops – experienced surfers already know where to head for the bigger waves. Also, since there are breaks up and down the coast, moving from one spot to another (for swell direction, wind conditions, etc) is relatively easy. 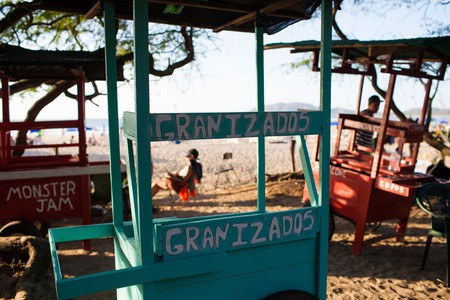 The Pacific coast has two pretty predictable seasons: wet and dry. During the dry season, which lasts a bit longer farther north, there’s almost zero rainfall. January, February and March are exceptionally dry, and every day looks the same – clear skies and sunny. Keep in mind, though, that because the dry season is ideal for a beach vacation, it’s a busier and more expensive time to visit. Even the wet season isn’t rainy every day, but there can be fierce storms in the early mornings or evenings.

Reasons to visit the Caribbean coast

It feels a bit more authentic 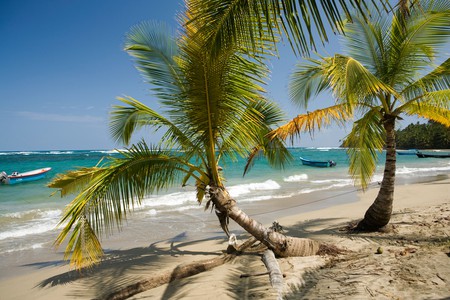 The Caribbean coast has been under the radar for quite a while, partially due to the difficulty of getting there, but new infrastructure means accessing this coast has become a bit easier. Still, there are no big resorts or chain hotels here – part of the reason why the Caribbean is so charming. Instead, most accommodation comes in the shape of independent boutique hotels, backpacker hostels and ecolodges. 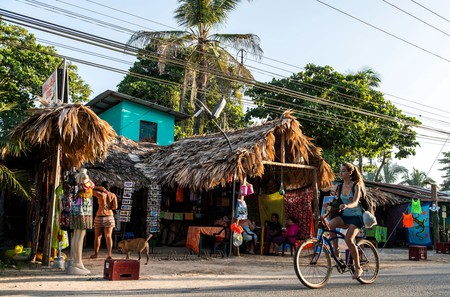 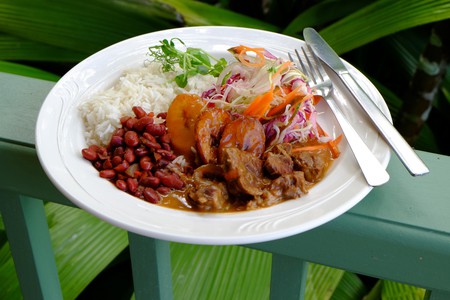 The Caribbean has its own take on traditional Costa Rican dishes. The smells and flavors – such as coconut, ginger, curry, allspice, cinnamon and chili peppers – pair perfectly with the palm tree-lined beaches, crystal turquoise waters and beautiful rainforests. The people are warm, friendly and peaceful, helping you feel relaxed wherever you stay.

It has the best beach bars and parties 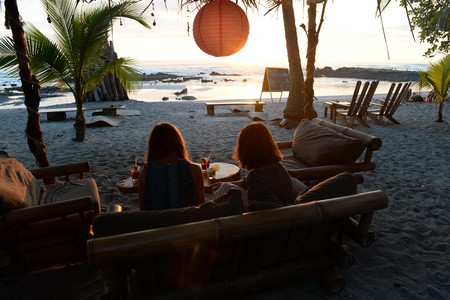 The daytime might be mellow, but Puerto Viejo de Talamanca is well known for its nightlife. Multiple bars in the area – most of them on the beach – have happy hours and weekly specials, and it’s not uncommon to find live music somewhere every night of the week. Everyone is out to have a good time, and dancing is a must, with reggae, roots, electronic and dance hall music playing late into the night. It’s the perfect place to let loose and to have some fun.

The wildlife is incredible 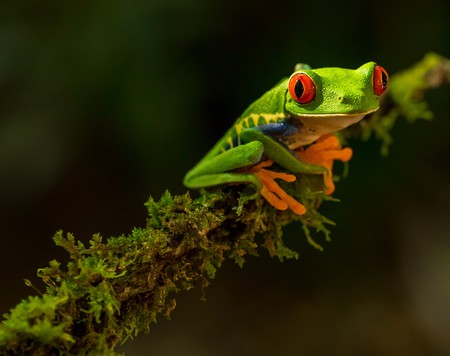 While there may not be as many national parks on the Caribbean side, the few that exist are spectacular. Though you can find some species of wildlife on both coasts, many species only make their home along the Caribbean coast. Four different sea turtle species nest on the beaches of the Tortuguero National Park, and the Cahuita National Park has some of the best coral reefs in the country for snorkeling. The sloth sanctuary Tree of Life Wildlife Rescue Center and the Jaguar Rescue Center are also on the Caribbean coast.