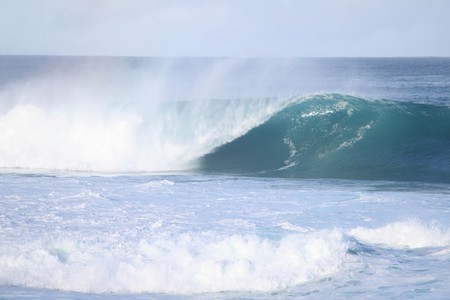 Costa Rica and surfing go together like beans and rice. There are famous left and right point breaks, heavy beach breaks, river mouth breaks, and quite a few hidden and possibly undiscovered gems. There are beginner-friendly spots and advanced-only breaks on both the Pacific and Caribbean Coast. So it’s little wonder that multiple surf films have been shot here. The following ten surf videos are sure to get to you amped up to ‘shred the gnar’ in Costa Rica.

Dylan Goodale, Luke Davis, Brendon Gibbens and Michael Dunphy travel to the province of Guanacaste in Costa Rica in search of heavy, uncrowded, barreling beach breaks. They find it and score multiple sessions at several different breaks in the surrounding area. This short, but exciting film is loaded with airs, barrels, and wedgy drops. It is also a classic example of Costa Rica waves on the Pacific Coast.

The Vast Waters Fresh Surfing in Costa Rica is a short film by Louis Josek that was released in 2014. Surfer Leon Glatzer scores beautifully groomed and glassy Pavones. Pavones is the second longest left in the world. Leon Glatzer dominates the waves with flowy airs and long drawn out turns. This is a goofy footer’s paradise.

Brett Barley and Ryland Rubens score perfect head high barrels all to themselves on the Pacific Coast. Sessions like this are a surfer’s dream! Barrels, airs, and crocodiles make this short film captivating and awe-inspiring.

The King of Pavones

The King of Pavones is a documentary about the story of Dan Fowlie, “Danny Mack.” In short, Dan Fowlier came to Pavones in 1974 and bought up swathes of land in front of and around the world-class left point break. He is basically responsible for putting Pavones on the surf map. Sadly, after investing millions of dollars in Costa Rica, he was convicted of fifteen different charges of drug trafficking and sentenced to fifteen years in prison. He lost everything, even though he claimed to be innocent and that his conviction was based on very flimsy charges.

Join the Ho family (Mason, Coco, Michael and Derek) and Burger (Keoni Nozaki) in Costa Rica in this comical wave-saturated webisode. The waves are pumping around Puntarenas and this crew makes surfing them look like a breeze.

Young Yago Doro dances with the waves in Pavones. Yago Doro not only throws flawless airs, he plays on the rails, hacks the faces and gets pitted in glassy left barrels. Pavones is a dream destination for goofy-footed or backside loving surfers.

Tales That I Tell

Evan Geiselman crushes it in Costa Rica. He’s just as comfortable backside as he is on his front side. This video will definitely make you want to grab your board and get out there.

Pro surfers Jamie O’Brien, Eric Geiselman, Kelly Slater and a few others venture out on an epic surf adventure to places like France, Hawaii and Costa Rica.

Surf School is a movie that was set and filmed in Manuel Antonio, Costa Rica. It is ranked as one of the absolute worst surf movies, currently rated 2.2 out of 10 on IMBd. A group of surf-obsessed students from Laguna Beach High go to Costa Rica to compete in the biggest surf competition in the country. There is only one problem though, nobody knows how to surf. This is one of those movies that is so bad it is actually good, or at least painfully entertaining!