From Hollywood to ecotourism, Leonardo Dicaprio unveils his new plans for Blackadore Caye, a luxury island in Belize where guests can restore themselves and the environment; it’s a millionaire’s guilt-free paradise. 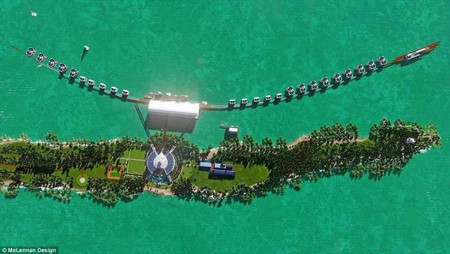 Jason McLennon, architect and founder of the Living Building Challenge, was commissioned by DiCaprio to design a 68-villa eco-resort on a private island in Belize. DiCaprio sits on the board of several environmental nonprofits and is well-known for his generous contributions to environmental causes and lending his voice as narration to powerful environmental films. He was recently appointed as UN Messenger of Peace by UN secretary-general Ban Ki-Moon, who called DiCaprio a ‘new voice for climate advocacy.’

Blackadore Caye is home to the 104-acre project, to be completed in 2018 by New York developer Delos. The resort will feature an arc of floating suites built over the water and a network of artificial reefs and fish shelters. It will also be home to an indigenous plant nursery focused on manatee conservation, which include the replanting of mangrove trees and replacing invasive species. It’s located a short 15-minute boat ride from San Pedro. The project will be closely monitored by a talented team of scientists, designers and engineers who, along with the landscape architects, will closely monitor the impact on the island’s environment.

DiCaprio, who is currently filming an adventure drama, The Revenant, fell in love with Belize on a scuba diving trip in 2005, and purchased Blackadore Caye for $1.75 million with Jeff Gram, the owner of Cayo Espanto Island Resort, another luxury vacation spot in Belize. Gram will hopefully bring his experience in owning and operating island resorts to the new venture. He says ‘Blackadore…will be an incredible private island that will set the mark for all future island developments.’

DiCaprio told The New York Times, ‘The main focus is to do something that will change the world…I couldn’t have gone to Belize and built on an island and done something like this if it weren’t for the idea that it could be groundbreaking in the environmental movement.’ He loves Belize because of the country’s uniqueness and because it is home to some of the most biodiverse marine life and the second largest coral reef system in the world. 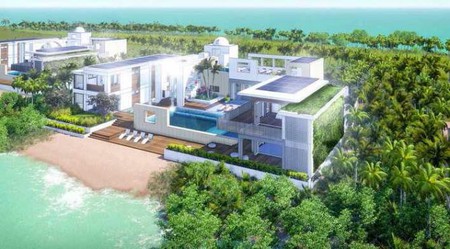 Blackadore Caye will be replete with all of the standard features of a luxury resort, including sprawling villas, infinity pools, and stunning sunset views. The wild, unpopulated island will be transformed by 68 villas and 48 private homes, which will cost between five and 15 million dollars.

Its restorative aspect refers to the healing effect on visitors, and on the island itself. Blackadore Caye has suffered from years of overfishing, eroding coastline, and mangrove deforestation. This project hopes to restore the island and bring it new life as a luxury destination. Roughly 45% of the island will be designated for conservation and, all new construction will live up to Living Building Challenge standards. Developers hope to rely on local laborers, who are trained in green building techniques. Plastic bottles are strictly banned from the island, and once guests set food on Blackadore Caye they will go through an ecology orientation program.

Ecotourism has become a booming industry and is responsible for around eight billion tourists a year worldwide. Blackadore Caye hopes to push the notion of sustainability to include restoration. DiCaprio has a bold vision for the island: ‘With the onset of climate change, there are huge challenges, so we want the structure to not only enhance and improve the environment, but to be a model for the future. That includes restoring the island, creating conservation areas where we can hold research conferences, and regenerating the entire ecosystem to bring it back to its original form and beyond.’ 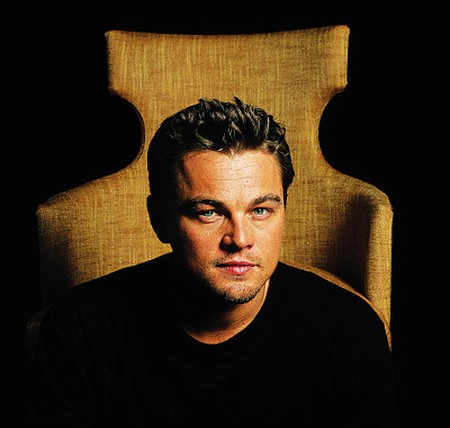 DiCaprio’s venture has already riled some critics. Jan H. Kantz, senior lecturer at the Cornell School of Hotel Administration has said, ‘No hotel can be truly sustainable because you have to fly to get there.’ He feels that people are buying the status of staying at an exclusive eco-resort. ‘If you really care about sustainability, instead of enlarging your carbon footprint by flying to a remote island and then creating the garbage that they need to compost, just give money to a conservation program.’ However, Leonardo DiCaprio disagrees, arguing that visits to Blackadore Caye will help reverse some of the environmental damage the island has already suffered.