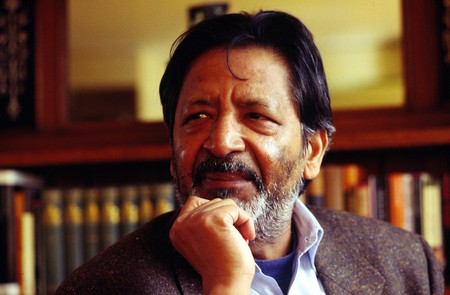 Author VS Naipaul in his London apartment, 7 April 1994 | © Jonathan Player/REX/Shutterstock

VS Naipaul, the Nobel Prize winning author known for his rigorous exploration of postcolonial life, has died aged 85. A writer of supreme linguistic dexterity, which saw him win the Man Booker Prize, he drew heavy criticism for his unsparing treatment of postcolonialist societies. He leaves behind a complex literary legacy.

VS Naipaul’s realist fiction and application of postcolonial observations resulted in a prolific literary career spanning over 50 years. A celebrated author and contemporary thinker, Naipaul’s writing was praised above all for its clarity and persuasiveness. Admired for both his wealth of talent and his respect for his art, Naipaul was a recipient of the Nobel Prize for Literature, a two-time Man Booker Prize nominee (and winner in 1971), and considered a definitive voice of contemporary English literature.

Born in Trinidad and Tobago in 1932 to Indian parents, VS Naipaul found a passion for the written word early in life. Raised in a family of writers and journalists, Naipaul was educated at Oxford where he further explored his literary gifts. His debut novel The Mystic Masseur, a comic novel set in colonial Trinidad, was published in 1957, setting the tone for his career to come.

Although an accomplished debut, Naipaul would not find success until the release of A House for Mr Biswas, which served as his introduction to international fame. Published in 1961, A House for Mr Biswas tells the story of Mohun Biswas. Driven by his desire to break away from the oppressively dominant family which he was forcibly married into, Mohun Biswas’ desire to own his own home proves deceivingly straightforward. Naipaul’s brilliantly crafted novel explores this thematic preoccupation against the shifting terrain of postcolonial and political perceptions. 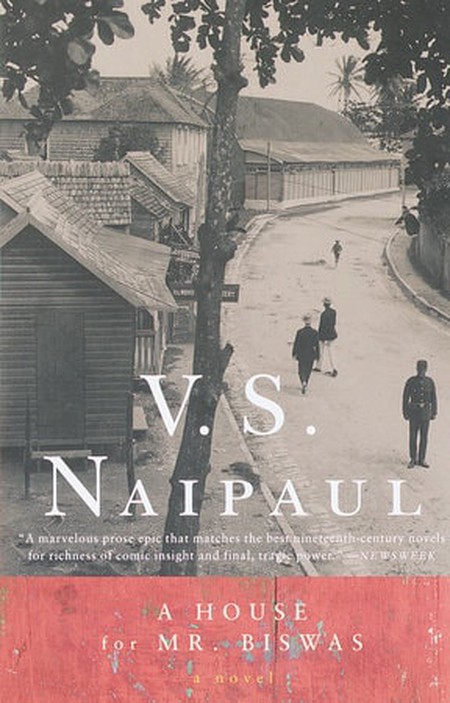 'A House for Mr Biswas' by VS Naipaul | © Penguin Random House

A decade following the release of A House for Mr. Biswas would see Naipaul win the Man Booker Prize for In a Free State. Published to instant critical praise, this free-flowing narrative begins and ends in Egypt. What connects these two plot points are three interconnecting short stories: the tale of a Bombay servant who ventures on an diplomatic expedition with his master to Washington DC; the story of a tumultuous family life in rural Western India; and the story of a young homosexual government official and his colleague’s wife in a recently liberated and independent African state. A well deserving recipient of 1971’s Man Booker Prize, In a Free State is an inspired act of storytelling in its innovative use of both structure and language.

His second Booker prize nomination came in 1979 for A Bend in the River, an existentially troubling story of an Indian from East Africa, set in a newly independent African state. Though it remains one of his most enduring works, the book has been criticised for its hostile treatment of women, a charge also levelled against his 1975 novel Guerillas. Naipaul, however, regarded it as one of his finest achievements, stating: “Actually, I think A Bend in the River is much, much better than Conrad.”

Although known for his stimulating fiction, Naipaul was also an author of essays and travel writing. Most recently he published a number of celebrated non-fiction collections including The Masque of Africa: Glimpses of African Belief, A Writer’s People: Ways of Looking and Feeling and Literary Occasions: Essays. Much like his fiction, the collections explore themes of postcolonial societies in the wake of independence.

He was notorious for his often controversial public proclamations, both in relation to female writers and Indian politics. He was also attacked by leading public intellectual Edward Said for merely restating the categories of colonialism in his work, rather than discrediting them. Following his death, novelist Salman Rushdie wrote this tribute on Twitter, capturing the sense of ambivalence felt by many of his peers: “We disagreed all our lives, about politics, about literature, and I feel as sad as if I just lost a beloved older brother.”