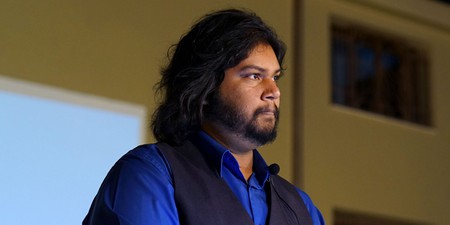 Kevin Jared Hosein is emerging as one of Trinidad’s most promising writers. Fresh from winning the Commonwealth Short Story Prize in July 2018, Hosein speaks to Culture Trip about the inspiration behind his winning story, the legacy of his grandparents’ folk tales and his artistic ambitions for the future.

It started with a story in the news over a decade ago. A girl had discovered a house disconnected from society in the southern part of Trinidad. A family were living in the house, malnourished but seemingly comfortable with their isolated way of life. They had buried a baby who had died, a crime for which the parents were arrested. The children were also brought to the police station. They were distressed, alienated and couldn’t stop screaming, terrified by the TVs. The journalist covering the story later resigned. The family’s fate has remained a mystery ever since.

This was the inspiration behind Kevin Jared Hosein’s story ‘Passage’, winner of the 2018 Commonwealth Writers Short Story Prize. While Hosein had been intrigued by the haunting tale for over a decade, it wasn’t until he imagined it being told by a friend in a bar that he had his angle. “It’s a story within a story,” says Hosein. “The set-up is akin to how most B-horror stories begin. Character hears about creepy place or person from their friend and then character is beaten by his own curiosity and decides to go there.”

Its opening line “As all Saturday nights went, we slipped by the wives and find weselves down by The Tricky Jester,” immediately, through its use of the vernacular, immerses the reader in a distinctly Trinidadian setting. Written in Trinidadian Creole, ‘Passage’ is not just inspired by events that took place on the island; its form is rooted in the long tradition of oral storytelling that Hosein remembers growing up. “My grandparents have the most interesting stories, and they would just sit and talk about them and pass them on,” he says. One of these stories involved people smoking out a house to exorcise it of evil spirits after someone had died inside. “These things actually happened in Trinidad,” says Hosein. “A lot of us are superstitious, so you get some crazy things happening.”

Growing up, these eerie folk tales sparked Hosein’s interest in the otherworldly, manifesting in an adolescent fascination with sci-fi and fantasy. “I was always moved by stories … especially those that rolled with a common concept and did something new with it. The film Unbreakable [2000] comes to mind as I say this. It’s a superhero movie but framed in a way I never would’ve thought of. It opened a world of possibilities to me, and I often enjoyed thinking about simple things and putting twists to them.” When he was a teenager, intrigue transformed into action and Hosein began to write. “It literally started with just me opening [Microsoft] Word and starting a story that wasn’t for school,” he says. “That story could’ve become anything. When I realized how exciting that was, I knew what I wanted to be.” 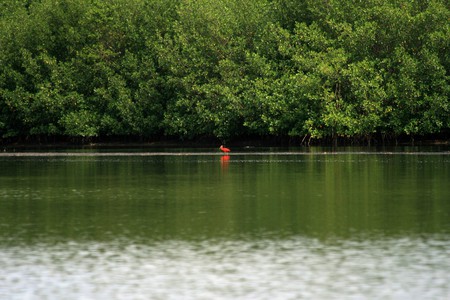 The short story is well placed for putting twists on simple things. Unlike the novel – in which the author is primarily concerned with world-building – the short story is typically centred on a moment or event and charged with a more playful energy. An author of three novels – The Beast of Kukuyo (2018), The Repenters (2016) and Littletown Secrets (2013) – Hosein felt ‘Passage’ was better suited for the short form, for its warmth, tension and confusion. “‘Passage’ works because of its set-up and quick deflection of expectations,” says Hosein. “There also had to be continuously rising tension that’s a lot more difficult to maintain in a novel, especially a novel that entails such few players.”

Though Trinidad’s audience of readers is small, it is a fertile land for writers. “There are many writers here, from all walks of life,” says Hosein. “With the [Bocas Literature] Festival came an assortment of prizes, workshops and opportunities. And we saw many new voices emerging, young and old. That built momentum.” The introduction of the festival in 2011 allowed local writers to become part of a “bigger movement”, opening up more opportunities for people like Hosein, looking to turn writing into a career.

As more and more writers emerge, Trinidad’s literary output is enjoying something of a quiet revolution. “We have giants and geniuses among us, rebelling against a society that is dubious of its own stories – you’re going to see more and more of us out there.” Hosein’s win in the Commonwealth Short Story Prize – and its media coverage – is also helping to shed light on the region’s writers and introduce their work to a global audience. “Not even two days after the win, two literary agencies are interested in me. It’s crazy that I even have options now,” says Hosein.