Reasons Why You Should Visit Grenada, the Caribbean 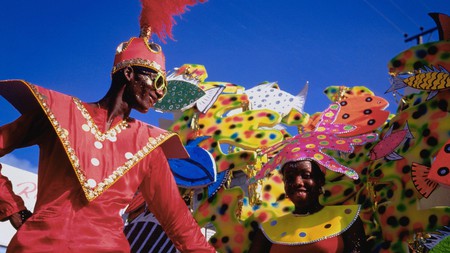 Perfumed by cloves and nutmeg, Grenada provides a hedonistic blend of rum, carnivals and spiced culinary specialties plus world-class snorkeling and gloriously unspoilt beaches. Here are the top reasons why you should visit this island in the Caribbean at least once.

Welcome to the Spice Isle of the West Indies, where the rum is still made by centuries-old water wheels and there are sea turtles in the shallows and doves and mona monkeys in the trees. Here in the Lesser Antilles, the beaches on the eastern Caribbean Sea are world-renowned for a reason – from the signature white sands of Grand Anse to the beaches and reefs off the stunning Carriacou Island. Watersports and hiking opportunities are among the alternatives to your sun lounger.

You can dip your toes into some culture in St Georges 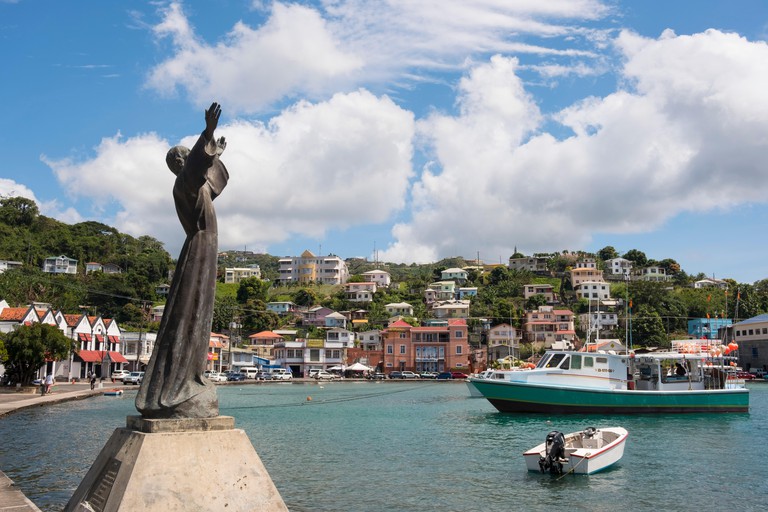 © Ellen Rooney / Alamy Stock Photo
Relatively developed as Caribbean island capitals go and with a population of around 36,000, St George’s is home to the main harbor in Grenada, a national museum and a Catholic cathedral with a vibrantly colorful interior. This compact capital offers the functional convenience of a range of cafes and shops while retaining its authentic character. The shopping and dining scenes are infused, both literally and figuratively, with the plentiful homegrown spices from the island.

The beaches in Grenada are quiet and unspoilt 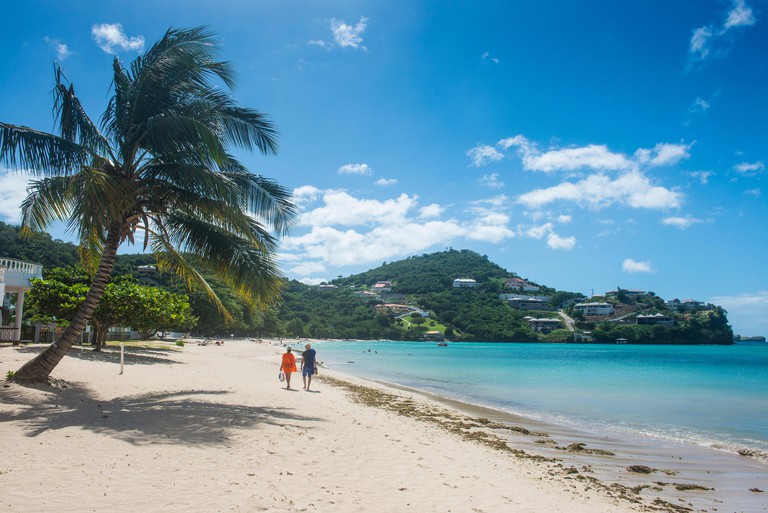 © robertharding / Alamy Stock Photo
The quintessentially Caribbean white-sanded Grand Anse is the “hero” beach in Grenada. It’s a sheltered 1.86mi (3km) stretch that’s a magnet for luxury hotels, and it’s not far from the capital. Another highly celebrated beach is the smaller, quieter (though the beaches are all fairly quiet here) Morne Rouge Bay, which is confusingly nicknamed BBC after a now-defunct beach club. These are but two standouts in Grenada’s long list of 45 beaches, of which some of the best are in the island’s southwest corner.

There’s more to the landscape than beautiful beaches 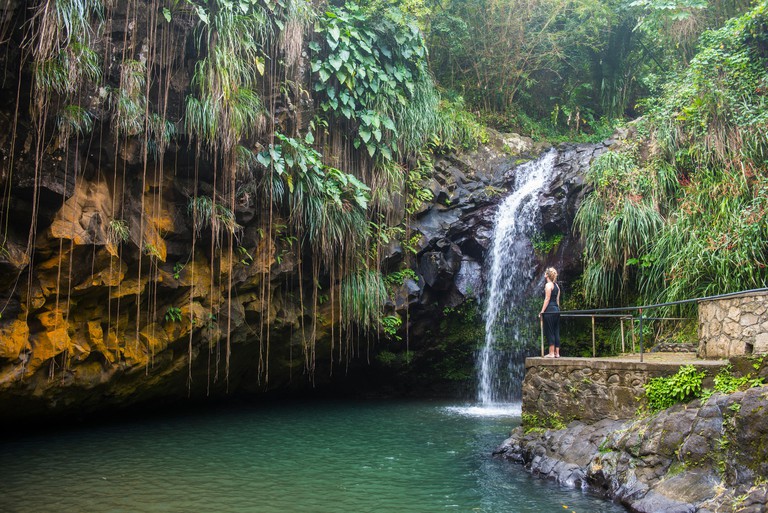 © robertharding / Alamy Stock Photo
Caribbean beach time is never a chore, but there is other rewarding, even spectacular, terrain to experience in Grenada. If you like epically romantic waterfalls, take a trip to Concord Falls or Annandale Falls, which are in the vicinity of St Georges. If you’re more adventurous, the hiking trails through the lush Etang National Park and Forest afford chances to spot wildlife including armadillos and mona monkeys (a species not native to Grenada – they first arrived here by ship in the 18th century). 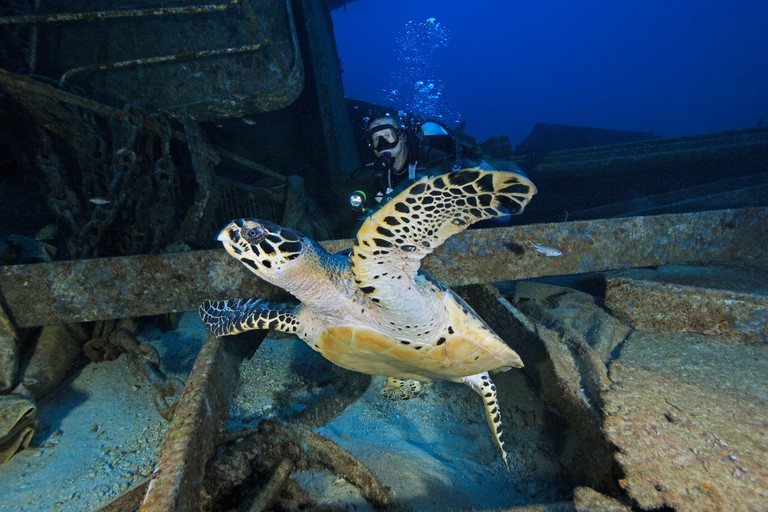 © Poelzer Wolfgang / Alamy Stock Photo
A spectrum of 100 varieties of tropical fish awaits snorkelers in Grenada. Popular spots for a dip include Magazine Beach in the south and Sandy Island Marine Park. The latter, a 21sqmi (34sqkm) island, is an area of protected and unspoilt coral reefs off Carriacou and is next to, and part of, Grenada. There are also two shipwrecks, which – sorry to burst your bubble – were sunk artificially for scuba divers. The island’s varied watersports culture includes non-competitive “soul surfing” on sustainable surfboards – try it at the luxury resort Six Senses La Sagesse.

You can help with turtle conservation 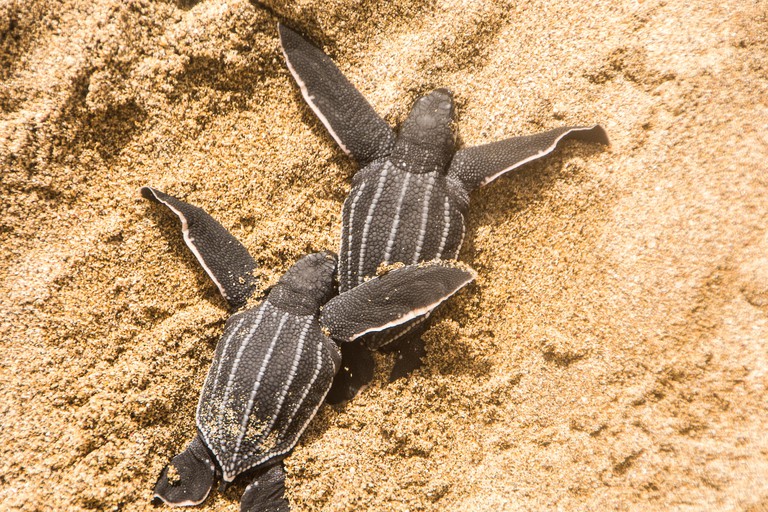 | © Luciano Leon / Alamy Stock Photo
Around the world, tourists have too often disturbed turtle nesting sites. It is, however, possible to experience them respectfully and help fund their conservation. Levera Beach is the prime nesting site for leatherback turtles in Grenada and is regulated (which means it is left in its natural state, with no bright lights allowed) where turtles arrive between April and July. You’ve heard of leatherbacks, but have you heard of the also-protected grenada dove? See this local species in its decidedly scenic home environment, at the Mount Hartman Dove Sanctuary.

You get to experience many festivals 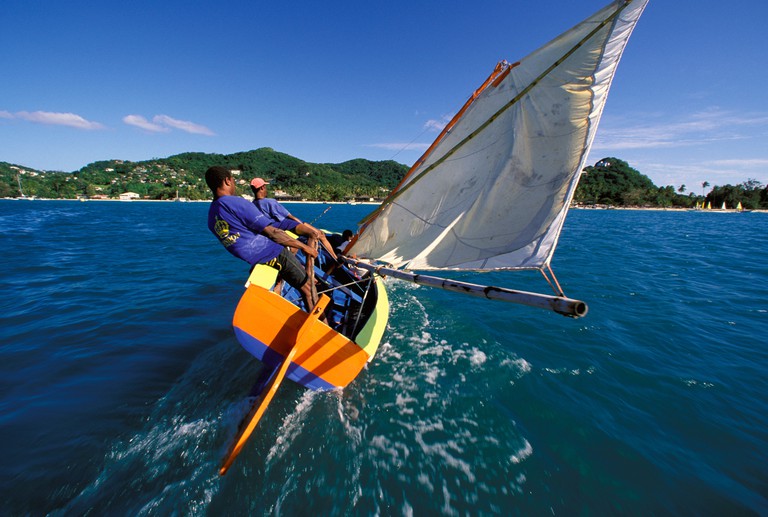 © Bluegreen Pictures / Alamy Stock Photo
Though the pace of life is sleepy and Grenada’s natural beauty feels timeless, the island has a pleasingly packed events calendar, the crown jewel of which is the extravagant Spicemas, the major summer carnival. There’s also Drum Festival, which showcases the considerable talent of the Tivoli Drummers of the northeast, the Grenada Chocolate Festival (now we’re talking) and a race calendar of varied sailing tournaments and regattas, including Sailing Week in January. 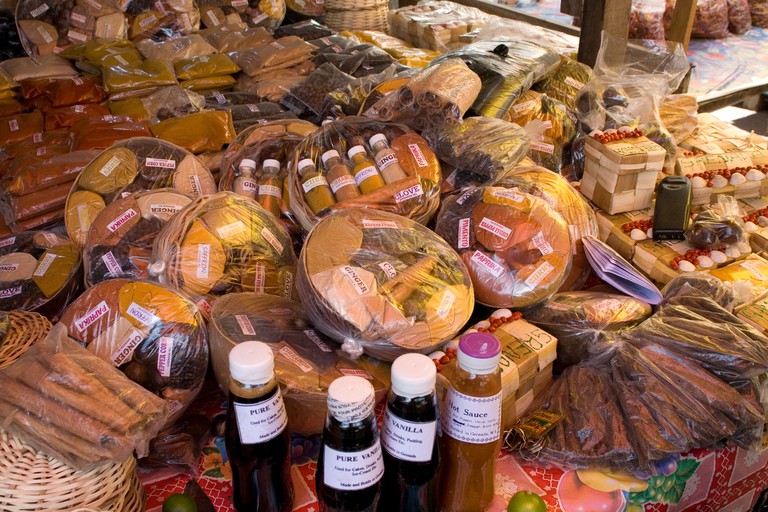 © John Insull / Alamy Stock Photo
On-point seasoning is a given on the Spice Isle, from curried goat roti to “oil down” – a meaty stew with breadfruit and callaloo leaves in spice-infused coconut milk. The top-flight restaurant options are in and around luxury hotels, but there are plenty of solid local restaurants. In Egmont, Island Fever Tropical Tavern Simple is among the newer spots for dinner and craft cocktails. And the flavourful meals at Andy’s Soup House, a beloved roadside diner, will linger in your memory. 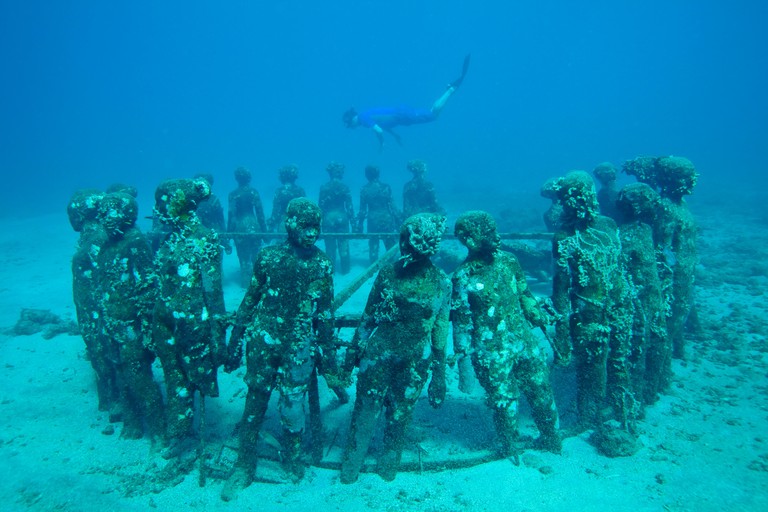 © Nature Picture Library / Alamy Stock Photo
British sculptor Jason deCaires Taylor created his first (and the first in the world) Underwater Sculpture Park off the west coast of Grenada in 2006 and went on to create his own genre of the works internationally. His ring of human figures on the seabed here, which were life-cast from local people, has only become more impressive with time, now encrusted and changed by the time it has spent submerged. Local scuba diving trips are the only way to see the work and are more than worth it.

You can sip on old-school rum 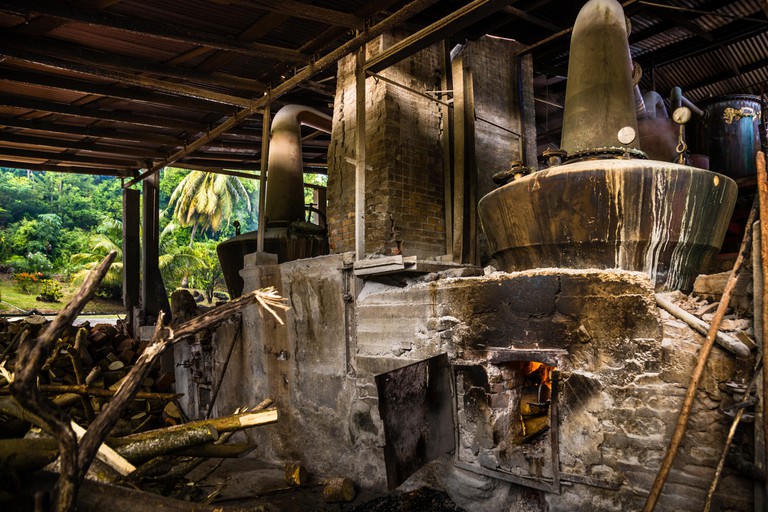 © Georg Berg / Alamy Stock Photo
Literally powered by the river, the cane mill at River Antoine Rum Distillery operates courtesy of a hundreds-of-years-old water wheel – the only still-working water wheel in the Caribbean. The rum is made with similar production techniques as were used hundreds of years ago, though it’s now put towards a range of contemporary drinks, including a chocolate cream liqueur. Take a tour of the site before you try the rum for yourself to understand its enduring popularity.

You get to stock up on perfumed spices 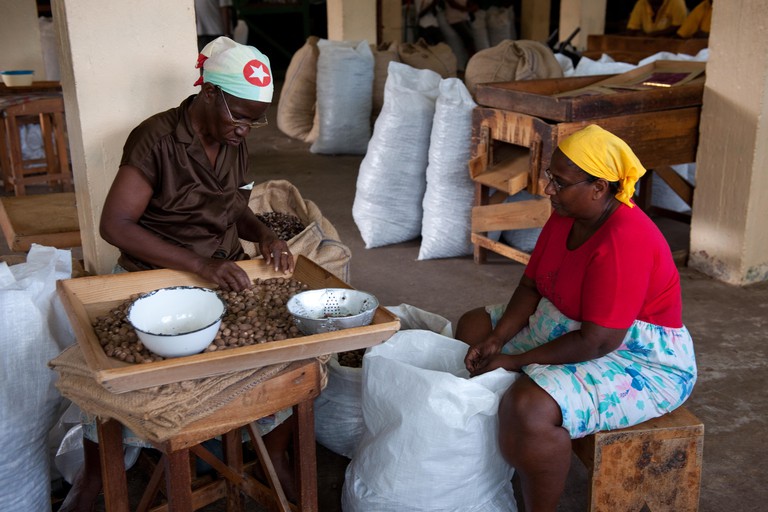 © imageBROKER / Alamy Stock Photo
Don’t roll your eyes when you hear your umpteenth reference to Grenada as the Spice Isle. Instead, follow the Spice Trail to gain a better understanding of the island’s past and present as a hub for the spice trade, with cinnamon, nutmeg, allspice, cloves and ginger all growing here. It’s possible to visit plantations firsthand. We also recommend taking the surprisingly compelling walking tour of the Nutmeg Processing Cooperative, where today’s workers sort the pods. You’ll have a story to tell when you cook a dinner party with your purchases back home.
Give us feedback