The Best Films About Cuba to Watch Before You Visit 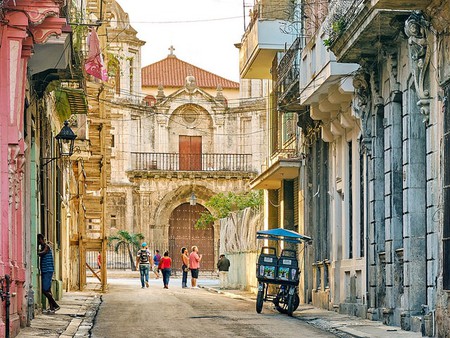 Watching films is a great way to get inspired about an upcoming trip. Here are some of the top titles to watch before you head off to Cuba.

Filmed in Havana a few years after the revolution, this dark comedy is a great way of seeing how the Cuban capital used to look. It features Alec Guinness as a British salesman who is tasked with setting up a spy network for MI6. There is a huge number of great shots, and even a scene at the iconic Tropicana nightclub.

First-time director Lucy Mulloy employs young, non-professional actors for this dramatic look at daily life in Havana. It’s an engaging story, and there are lots of shots of the city itself that provide a sense of realism.

Watch as director Ian Padrón explores the growing economic inequality on the island through the lives of two youngsters from different neighbourhoods. It’s an interesting look at how the nominally socialist system is in fact allowing for the creation of class structures.

This classic Cuban film won an Oscar award for its depiction of the struggles of a gay artist in the face of government persecution of the LGBT community. It takes its name from two flavours of ice cream at the famous Helados Coppelia parlour in Havana, which features in the movie.

This film is set during the Special Period in Time of Peace, a tough time in the 1990s, when the end of Soviet aid programmes led to great hardship in Cuba. It’s a good watch, and one that will help you get an idea of what Cubans have been through.

An interesting take on societal issues, Viva Cuba is filmed from the perspective of child protagonists Malú (Malú Tarrau Broche) and Jorgito (Jorgito Miló Ávila). It deals with the effects of migration on children and the relationships that are interrupted when someone moves away.

A fictional exploration of the life of one of Cuba’s most famous musicians, Benny Moré, this film sees contemporary musicians, such as Los Orishas, performing new versions of Moré’s old classics.