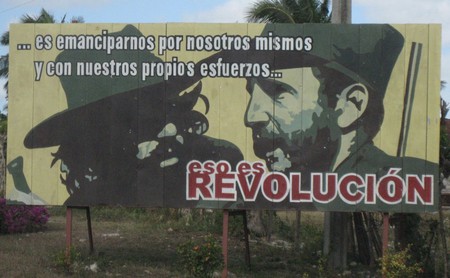 The effects of the Cuban Revolution are still keenly felt on the island more than half a century later, and visitors will be reminded of it constantly during their trip. Here are some of the best documentaries to help you understand a bit more about the Cuban Revolution.

This 2001 documentary pieces together archive footage of the iconic revolutionary leader to tell the story of 40 years of revolution. Director Estela Bravo paints a fairly sympathetic picture of the Cuban leader, which might not go down well with some.

US filmmaker Adriana Bosch made her name with presidential biographies before turning her hand to the story of the only American to achieve the rank of “comandante” during the Cuban Revolution. William Morgan left his Midwestern life to fight alongside Fidel Castro and his rebels, and this documentary narrates his brave actions in the Escambray Mountains.

Watch this documentary to find out more about the German-Argentinian revolutionary who joined the Cuban revolution and later became the only woman to fight alongside Che Guevara in Bolivia. The story of Haydee Tamara Bunke is told by Cuban historians Froilan Gonzalez and Adys Cupull.

This 8-part Netflix original documentary series puts together the story of the revolution thanks to interviews with more than 50 experts and eyewitnesses. It’s a truly fascinating account and a must-see.

While most people think of the Castro brothers and Che Guevara when it comes to the Cuban revolution, this documentary covers the important work of forgotten revolutionaries Frank Pais and Juan Antonio Echeverria. It features archive footage as well as extensive interviews with participants and observers.

This two-part BBC documentary was released in 2018 and features testimony from a selection of Habaneros (those who live in the Cuban capital, Havana) and their impressions and experiences, shedding light on the country’s turbulent history.

Produced with the support of French TV channel Antenne 2, this documentary looks at the Cuban government policy towards homosexuals and dissidents following the revolution. It features interviews with refugees who saw first hand the imprisonment and persecution suffered by various groups on the island.