How Yoga Found an Unlikely Following in Cuba 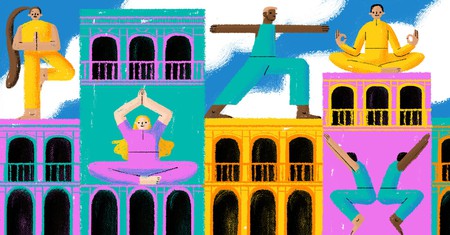 In Havana, the only noticeable nod to yoga is found on pay-as-you-go Wi-Fi cards. It’s a picture of a woman seated in lotus pose, perhaps acknowledging the fact that getting online in public parks (a relatively recent concept for Cubans) requires a large amount of patience. But despite the absence of studios, the island has a small but thriving community of yogis, thanks in large part to the dedication of one man.

With his smiley charm and full head of luscious gray hair, Eduardo Pimentel bears a significant resemblance to Richard Gere. In his seventies now, but with firm-looking skin and an agile gait, the “Godfather of Cuban yoga” is a walking endorsement for maintaining a lifelong yoga practise.

It was the early 1970s when Pimentel first started to teach himself philosophy, poses, and breathing techniques from books by yoga masters Swami Sivananda and Paramahansa Yogananda, but B.K.S Iyengar’s seminal Light on Yoga was the text that really shaped his practise and inspired his teaching. Before long, Pimentel was sharing the information he had gleaned with small groups in intimate spaces, including his own home.

If you practise yoga, you’re probably familiar with Iyengar, regardless of where you live. One of the original students of Sri Tirumalai Krishnamacharya (the man credited with reviving and evolving yoga into the iteration some 300 million people practise today), Iyengar’s eponymous style is defined by its focus on precise alignment in poses. Each muscle is engaged and every joint is perfectly stacked atop the one below it.

It’s an approach that has shaped Pimentel’s own teaching style significantly. In fact, the two men were pen pals for many years, posting letters between Cuba and India and waiting up to six months for a response to arrive. Two decades after this correspondence began, Pimentel travelled to Pune, India, to meet his teacher in person. “I [went] in there and I touch[ed] his feet,” Pimental explains. “It was very emotional for me.” 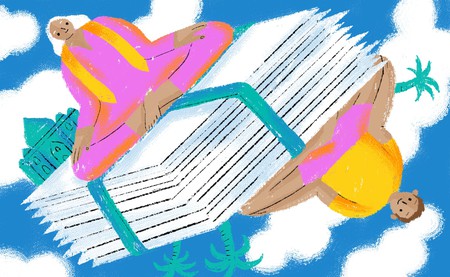 Pimentel was officially certified to teach yoga in 1992, in a decade when the atheist Cuban government, which had previously been suspicious of yoga’s religious roots, was beginning to warm up to the practise.

The Soviet Union had dissolved and vital supplies, including food and medicine previously provided by Cuba’s communist allies, were suddenly scarce. Desperate to find a solution, Raúl Castro shifted the country’s focus towards natural and traditional health modalities—so called “green medicines” that included acupuncture, tai chi, massage, herbs, and yoga. Pimentel was enlisted as an advisor to the Ministry of Health Care, and began educating the government on the contribution yoga could make to the health of the country.

“The economical situation changed the perspective of the government about this practise,” Pimentel explains. “[They] saw that yoga was helping the people. They came to the classes. I taught workshops to doctors and nurses, because they need to know how it functions so they can send patients to me.”

While Pimentel is adamant that yoga is not an adequate substitute for modern medicine, his own teaching highlights its valuable therapeutic qualities. He’s able to deduce very specific things about your body and the way it’s been affected by your lifestyle just by glancing at you.

“I call him the X-ray machine,” explains Christine Dahdouh, a Canadian expat and Pimentel’s business partner at Mhai Yoga retreat center in Havana. “In savasana when you have your eyes closed he’ll say ‘which foot is higher?’, ‘which leg is heavier?’ It really sends you there.”

Pimentel’s favorite instruction—“feel your body, don’t see your body”—ignites proprioception, the ability to fully inhabit your anatomy and feel exactly where it is in space. Once you understand the body’s quirks and challenges, it becomes much easier to start addressing them, on the yoga mat or off it. Many of our ailments begin with something less dramatic than an injury, like the seemingly harmless habit of always carrying our bag on the same shoulder, which has unforeseen repercussions for the body down the line.

“He’s very subtle, but deep. He’s just talking about your knee and the way it bends, and the pain it causes you throughout the day, and what you could be doing to avoid that pain, but that you mentally put off. And all of these things just start to… ” Dahdouh makes the sound of puzzle pieces slotting into place. 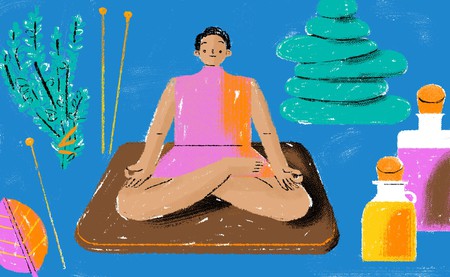 Cuba’s community of yogis is still relatively small, perhaps in part because communism blocks the visibility and growth a capitalist system supports. In America, for example, where yoga is the fourth fastest growing industry, a teacher with the experience, knowledge and charisma of Pimentel has a chance to become wealthy and internationally renowned. Though he has made huge strides towards bringing yoga to Cubans—he’s written three books on the subject and even starred in a TV series—the fact that Pimentel was only able to open his own retreat center and practise space as recently as 2011 speaks volumes.

“I’m so happy that Eduardo finally has his studio, but I’m also devastated that he finally has his studio, because he’s 72,” says Dahdouh. “There are so many gurus out there that are so recognized, and the daughter in me feels like… not that they don’t deserve it, but that he deserves it, because he’s actually created community rather than having 300,000 followers on an account.”

Pimentel’s ability to make the teachings of yoga align with the Cuban mindset, which includes a resistance to any spiritual dogma, has made it accessible to the community. Although he’s endearingly reluctant to talk about himself, his contribution to the wellbeing of the Cuban people has been significant.

“My practise has taught me patience. It led me to discover inner tranquility I didn’t know I possessed,” says Taimi Cartaya, one of Pimentel’s students. “There are so many things that can be incomprehensible in my day to day, but yoga helps me understand them. It creates comprehension from the incomprehensible.”

Yoga, with its emphasis on the here and now, is a coping tool that enables more acceptance and resilience in a country where uncertainty is too often a part of daily life.

Culture Trip was the guest of Mhai Yoga and the Cuban Yoga Association.