How Boxing Became The Key To Cuba's Sporting Success 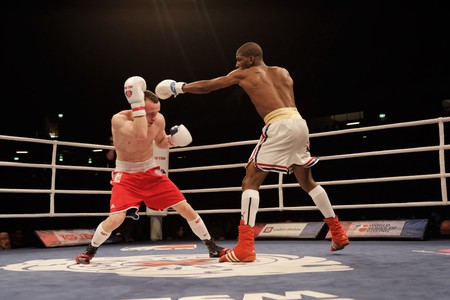 Cuban boxers are, without a doubt, some of the best in the world. Since emerging as world-class contestants in the early 1970s, they have taken home more than 100 medals in Olympic Games and World Amateur Boxing competitions.What‘s behind this unlikely supremacy? How did boxing become so prevalent in a baseball-loving country?

Although the answers to these questions are more connected to the overhaul of the Cuban sports system in the 1960s, boxing in the country dates back to the early 20th century, when the first professional fight was held in 1909.

In the first half of the 20th century, Cuba was a common destination for American travelers, and boxing matches soon became an attraction in Havana. New investments, the opening of a boxing academy, and the establishment of a National Boxing Commission in the 1920s paved the way for the emergence of the first Cuban champions: Eligio “Kid Chocolate” Sardiñas, Cuba’s first world boxing champion (1931); Gerardo “Kid Gavilan” Gonzalez, world welterweight champion (1951); and Benny Paret, two-time world welterweight champion (1960, 1961) are just a few of these legends.

Fidel Castro’s government banned professional sports in 1962, causing many boxers, trainers, and managers to leave the country. The Revolution set out to radically transform the country’s economy and society, so activities considered indecent or exploitative and linked to capitalism’s corrupted nature (including prostitution, gambling, and professional sports) were outlawed.

It wasn’t the end of Cuban boxing, though, but the beginning of a more successful model. With the help of Soviet experts, Cuba started to develop a new amateur boxing program in the 1960s. On the Cuban side, Coach Alcides Sagarra was charged with transitioning from the American to the Soviet training system, wit the goal to create a new type of boxer, one motivated by glory, love of sports, and their Motherland rather than by economic gain. Training these athletes involved lots of discipline, effort, and personal sacrifices, which fit perfectly with the demanding nature of boxing.

Practical and social side of boxing

Sports are vital to Cuban culture: many people follow and practice sports recreationally, and a significant number of youth is enrolled in sports programs, hoping to become champions someday. After so many years of economic hardships, however, such aspirations are not without some for-profit interest: many families, especially poor black families, enroll one or more of their kids in sports programs hoping that, in 10 or 15 years, they will be making more money and be able to help support the rest of the family. One benefit is that athletes frequently travel abroad, which average Cubans were not able to do for a long time and is now the privilege of a few moneyed citizens.

One of the keys to the Cuban boxing program’s success is scouting for candidates at an early age. The minimum age to enroll in a sports school is 12 years old, but many children start training much earlier in other sports—including martial arts (judo and karate are popular options in many communities) and team sports such as baseball, volleyball, and basketball—to improve their physical abilities, and the best have the opportunity to join a sports school and get proper training at age 12. This system has allowed for the creation of an ample talent pool of fighters.

Where to see boxing matches

Although not as popular as baseball, the national sport, boxing has a good following in Cuba and, more often than not, it’s easy to attend local, national, and international matches in Havana.

Since coordinating vacations with championship schedules can be difficult, gyms are some of the best places to see boxers train on a trip to Cuba. The Rafael Trejo Gym is one of the most popular among tourists because, in addition to up-and-coming fighters, it’s possible to see retired fighters helping train the kids or still training themselves.

It’s also worth checking out the programs at the Kid Chocolate Arena (across from the Capitol Building in Old Havana), where provincial, regional, and national competitions are held as well as the Ciudad Deportiva Coliseum for international events.