What to Do on Prickly Pear Island, the BVI's Uninhabited Paradise 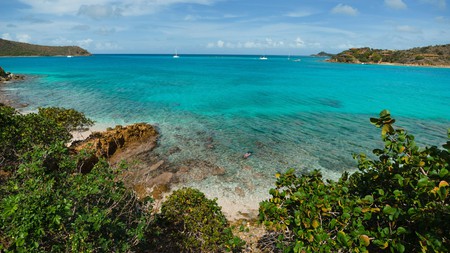 Play at being Robinson Crusoe for the day with a visit to Prickly Pear Island. This pint-sized outcrop in the British Virgin Islands is an uninhabited paradise and a popular destination when sailing through the BVIs. Declared a British Virgin Islands National Park in 1988, meaning no further development of the island will be permitted, it is named after the Opuntia Repens flowering cactus, known as Prickly Pear, that populates this Caribbean island.

Given its remote location, the island is usually quiet but it does have a beach bar that can get pretty lively at times. Other lures include a hiking trail and the surrounding azure waters. Here we reveal the best way to spend your day at this paradisiacal spot.

Navigate your way to Prickly Pear Island and other sublime spots in the BVIs by chartering a boat through SamBoat. Alternatively, embark on a multi sailing adventure around the archipelago with Dream Yacht Charter. 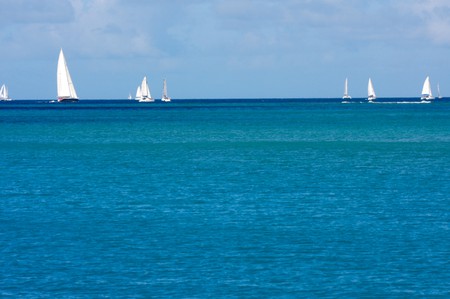 Where is Prickly Pear Island?

Prickly Pear Island is found in the North Sound of Virgin Gorda in the British Virgin Islands. It is fringed on the northern side by the Bank Barrier Reef, with the islands of Eustatia, Mosquito and Necker nearby.

What can I expect to do there?

Prickly Pear Island makes for the perfect Caribbean hideaway, with a relaxed atmosphere and sublime scenery. An ideal starting point to explore this slice of paradise is Vixen Point, which is located on the island’s southwestern tip. 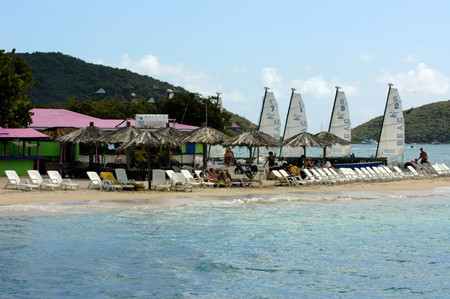 It has a stunning white beach that you can enjoy at your leisure with the Sandbox Bar and Grill offering snacks and refreshing beverages so no Robinson Crusoe-esque foraging is required. Dine on an array of delicacies, from lobster to conch, and cool off with a refreshing beverage or two before hitting a sun lounger and soaking up some rays.

If you’re looking to stretch your legs, the Prickly Pear hiking trail leads from Vixen Point Beach around the salt ponds and over to the north shore where you will find two more secluded beaches. While hiking you’ll encounter an amazing collection of unusual cacti including Turks Head and the island’s own Prickly Pear (opuntia repens). Cool down under a tamarind tree at the top of the hill and catch a glimpse of the nearby islands Eustatia, along with Richard Branson’s Mosquito and Necker. 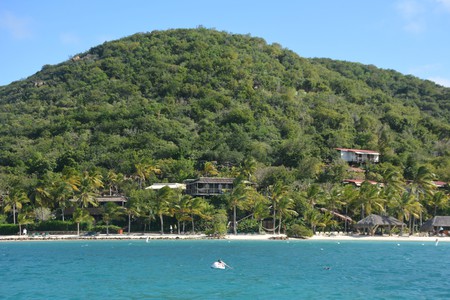 Meandering onto Prickly Pear’s salt ponds, you’ll see white and black mangroves with red mangroves on the southern shore. These provide habitats for a huge number of birds, so keep your eyes peeled or your binoculars at the ready for American Coots, Blue-winged teals and Wilson’s plovers among others.

Another top bird to tick off is the Virgin Islands’ national bird, the mourning dove, as seen on the national flag. Other activities to keep you busy on Prickly Pear Island include beach volleyball and water sports such as windsurfing. 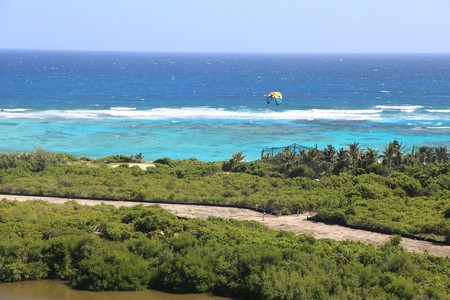 Neckar Island is a prime spot for kitesurfing in the BVIs | © ZUMA Press, Inc. / Alamy

Be sure to pack your snorkel or rent one for a below-the-water adventure. The pristine waters surrounding the island are home to an abundance of marine life including turtles.

After all the day’s excitement head back to the beach bar and relax with a cocktail while watching the sun go down.

Where can I eat and drink?

The Sandbox Bar and Grille

Bar, Caribbean
Facebook
Email
Twitter
Pinterest
Copy link
Share
The Sandbox Bar and Grille at Vixen Point with its pretty pink roof is the place to enjoy great food and drinks and it’s a top spot for watching the sunset. Refuel with some succulent Caribbean lobster, crispy conch fritters, a substantial sandwich or juicy steak while cooling off with cold beers or cocktails under the shade of palm parasols. One of the bar’s most popular drink creations is the BBC – a moreish concoction of Bailey’s, banana, and cream of coconut – and the rum punch always goes down a treat. There is live music on Sundays and celebrations, including weddings, regularly take place. If you’re looking for something more substantial in terms of dining, there’s a plethora of other restaurants and bars on Virgin Gorda itself.

How to get to Prickly Pear Island

Prickly Pear Island is located on the Northern side of North Sound, east of Virgin Gorda. There is an anchorage under Vixen Point and another on the Northwest side of Cactus Reef. Virgin Gorda is accessible by flights at its small regional airport from a hub such as St Thomas Virgin islands or San Juan, Puerto Rico. Alternatively, you can fly into St Thomas BVI and take the ferry to Virgin Gorda.

Explore Prickly Pear Island and other spots in the BVIs in style by chartering a vessel with SamBoat or design a multi-day sailing adventure with Dream Yacht Charter.