The seminal 19th century American writer of The Adventures of Huckleberry Finn, Mark Twain was so enchanted by the small Caribbean island of Bermuda, that it became a source of inspiration for the author during his visits from 1867 up until his death in 1910.

The early twilight of a Sunday evening in Hamilton, Bermuda, is an alluring time. There is just enough of whispering breeze, fragrance of flowers, and sense of repose to raise one’s thoughts heavenward; and just enough amateur piano music to keep him reminded of the other place. — Mark Twain: Notes on an Idle Excursion 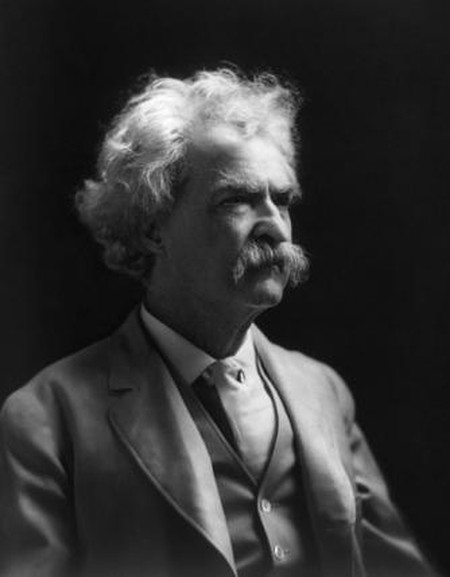 Twain, born Samuel Langhorne Clemens in Florida 1835, was one of the island’s most famous visitors, and was known to have spent 187 days in Bermuda between 1867 and 1910. Impressed by the quaint, unhurried pace of life, he is noted as being taken aback by the ‘peaceful serenities and its incomparable climate’, where there was ‘no rush, no hurry, no money-getting frenzy, no complaining, no fussing and quarreling…hardly a dog, seldom a cat…nobody drunk.’ Arriving on the S.S. Quaker City, he first visited the island as a young man in 1867, about which he wittily remarked, ‘Bermuda was a paradise but one had to go through hell to get there.’ The visit would also inspire his travel book The Innocents Abroad (1869), and in 1877, he wrote further about his troubles in the the essay ‘Some Rambling Notes of an Idle Excursion’ for The Atlantic.
He would go on to visit Bermuda many times throughout his life, and regarded it as his second home. During his visits, Twain was known to sojourn with political dignitaries, and fellow American writers, including future president of the United States Woodrow Wilson. Along with Woodrow and other Bermudians, Twain would go on to lobby against the use of automobiles on the island to preserve the tranquility of the island. He spent many of his last months in Bermuda before his death at the age of 74, but has left a lasting impression on the country. Memorials to Twain in Bermuda include a bust in Bermudiana Road. An unbinding love for the island, he was famously reportedly to have said before his death “You can go to Heaven if you like. I’ll stay right here in Bermuda’.