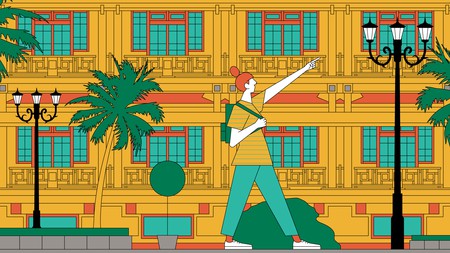 Throughout the period of French colonisation, Hanoi undoubtedly retained its Vietnamese identity and charm. Yet some of the city’s architecture left over from this time illustrates cultural inspiration that’s worth celebrating. Here, Kim Gregory takes us around the five most beautiful examples of French architecture in Hanoi.

Get lost among the winding streets of Hanoi and you’ll discover that amid the colourful chaos of the streets is a decidedly French influence on its architecture, continuing on from the country’s period of colonisation. From the opulent Opera House, to the French Quarter with its shuttered windows and pretty balconies, this combination of cultures adds a beauty and uniqueness typical of Vietnam’s greatest cities. 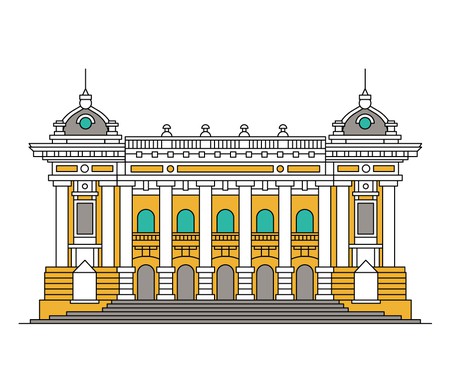 Standing triumphantly at the centre of Hanoi’s French Quarter is the impressive Hanoi Opera House. With its elegant pillars and domes, it’s a quintessential example of neoclassical French architecture. Travellers may notice its similarity to the Paris Opera House or Palais Garnier; designer duo Broyer and Harley say they drew inspiration from the famous piece of French architecture, which is clear from the building’s shared elegance and grandeur.

The Hanoi Opera House opened in 1911 and was initially a place for French colonial officials and a small minority of wealthy Vietnamese to visit. But later it became the home of Vietnamese plays, as well as the scene of many key events in the post revolutionary years, such as the first meetings of the National Assembly of the Democratic Republic of Vietnam. These were held in the opera house after the overthrow of the French rulers in 1945. Because of its role in history, the Opera House remains an important national centre for political conferences and beautiful artistic performances.

For tourists, it’s a wonderful place to experience history mingled with beauty and art, in a breath-taking setting. Entrance is permitted for private tours or performances only. Though the inside is impressive, the outside alone is still a spectacle worth visiting. There’s also a peaceful garden beside the building, scattered with tables and strung with fairy lights, for anyone to enjoy a Vietnamese coffee at their leisure, night or day. 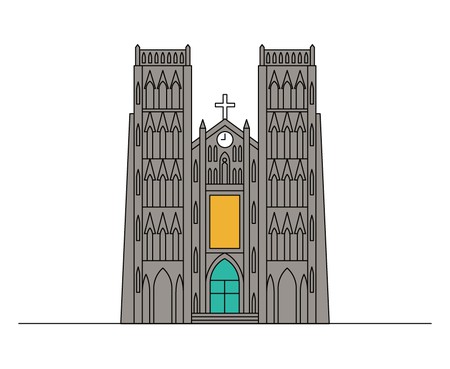 Known fondly as the ‘big church’ by locals, the beautiful St Joseph’s Cathedral is the oldest church in Hanoi and is believed to be one of the first structures built by the French after their conquest of Indochina. The gothic design, with its grey colour and imposing twin bell towers was intended to mirror that of Notre Dame in Paris. The similarity smacks as soon as you lay eyes on it, though the Vietnamese counterpart is smaller and without those famous Parisian gargoyles.

St Joseph’s was built on the former site of Bao Thien Pagoda, the revered focal point of Buddhism in Vietnam, which was demolished to accommodate the construction of St Joseph’s. The church was finished in 1887 but less than a century later in 1955, the post-warn Vietnamese government ordered its closure. The bells of ‘big church’ didn’t ring out again until Christmas Eve 1990, welcoming in locals for a festive mass.

Now, St Joseph’s remains a working church where locals and visitors can celebrate mass. It’s in great condition, with its impressive stained glass windows and stone work, but the intentional worn look helps it to blend seamlessly into its surroundings of beautifully-faded coffee shops and homes. Sitting in a wide, atmospheric square of cafés and bars in a bustling neighbourhood southeast of Hoan Kiem Lake, it’s a perfect example of the way Vietnamese and French cultures compliment one another so well in modern Hanoi.

Grab a spot in one of the corner windows of the square’s Cong Café to people watch with a coffee, or sit on the tiny plastic stools of the student bar within the square, nursing a $1 (£0.80) Hanoi Beer as St Joseph’s towers above. 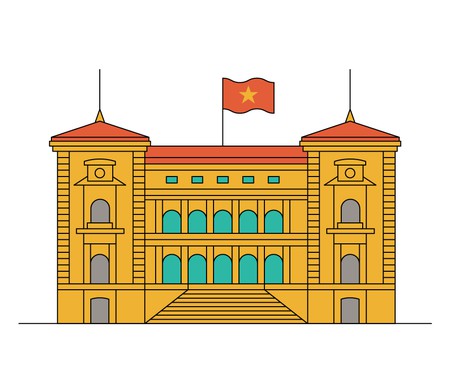 Gorgeously yellow and scattered with beautiful teal shuttered windows, Hanoi’s Presidential Palace cannot be missed. Built in 1906, it was once home to the Governor of French Indochina. Later, when Ho Chi Minh became President of North Vietnam after the French withdrawal in 1954, he famously declined to live in the luxury of his former colonial rulers and had more modest residences built in the serene gardens beside the palace.

Though the palace itself is closed to the public, as it’s still used for government functions, the garden and Ho Chi Minh’s simple house on stilts are open to tourists. Both are beautiful, peaceful and tell a story of the revered former president. Many visit these attractions in the same day as nearby Ho Chi Minh Mausoleum and Museum and the famous One Pillar Pagoda but beware the staggered opening times. 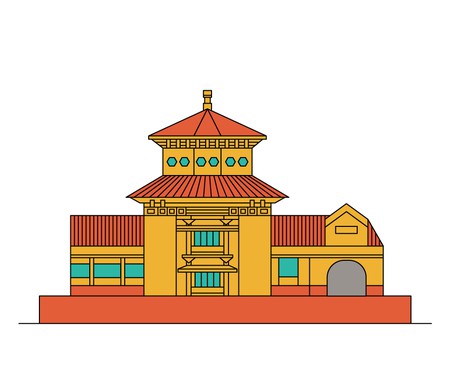 French meets Chinese in this architectural wonder, thought to be the first blending of the two in Vietnam. The National Museum of Vietnamese History took seven years to construct, led by architect Ernest Hebbard. It was originally the French School of the Far East and now stands as a museum showing an impressive range of exhibits from 300 BCE up until the revolution.

The outside of the museum is truly remarkable. With its combination of vibrant colours and unique pagoda-style dome, there’s really nothing like it. Head to Trang Tien and you’ll find the museum by the Opera House. 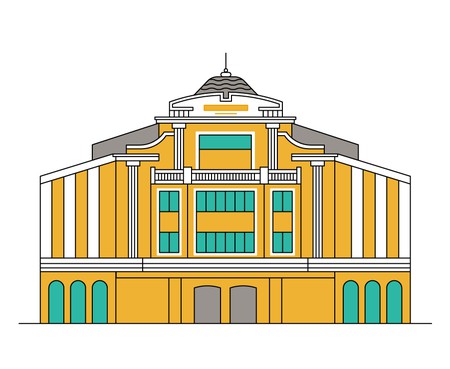 Strolling around Hoan Kiem Lake, you’ll notice the big, shiny building on the corner across the street. This is Trang Tien Plaza, one of the oldest shopping centres in Vietnam, and certainly the most iconic. Built in 1901 and formerly known as Goddard’s department store, it was upgraded to a luxury shopping centre in 2013, housing designer goods from across the world from Versace to Chanel.

The high-windowed building is reminiscent of sophisticated French design, with tall ceilings and elegant details like the intricately patterned banisters. The mall has six impressive floors of shops, cafés and restaurants for you to indulge in while marvelling at the building itself.