The Top Things To Do &amp; See In Dusit, Bangkok

Bangkok Traffic | © Courtesy of Joe deSousa/Flickr
Modern day Bangkok can be stressful — while the bustling city and its continual expansion (usually) does nothing but good things for the City of Angels, it is nice to flee the chaos and escape to a quieter, more original area of the city known as Dusit. This is a delightful area of the city that is both authentic and local. Whether you want to wander around marble temples or spend a day shopping for local goods, Dusit is the place to be. Here are the top things to see and do in Dusit, Bangkok.

This royal property is home to a palace, museum, gardens and awe-inspiring structures. The Vimanmek Mansion is one of the world’s largest buildings made entirely of teak, and it is one of the main structures within Dusit Palace. The Ananta Samakhom Throne, also on these grounds, is made of teak as well. Visitors can also visit the museum that sits inside the Ananta Samagom Throne Hall. There is a ฿150 entrance fee to get into the museum, as well as a strict dress code for Dusit Palace Park. 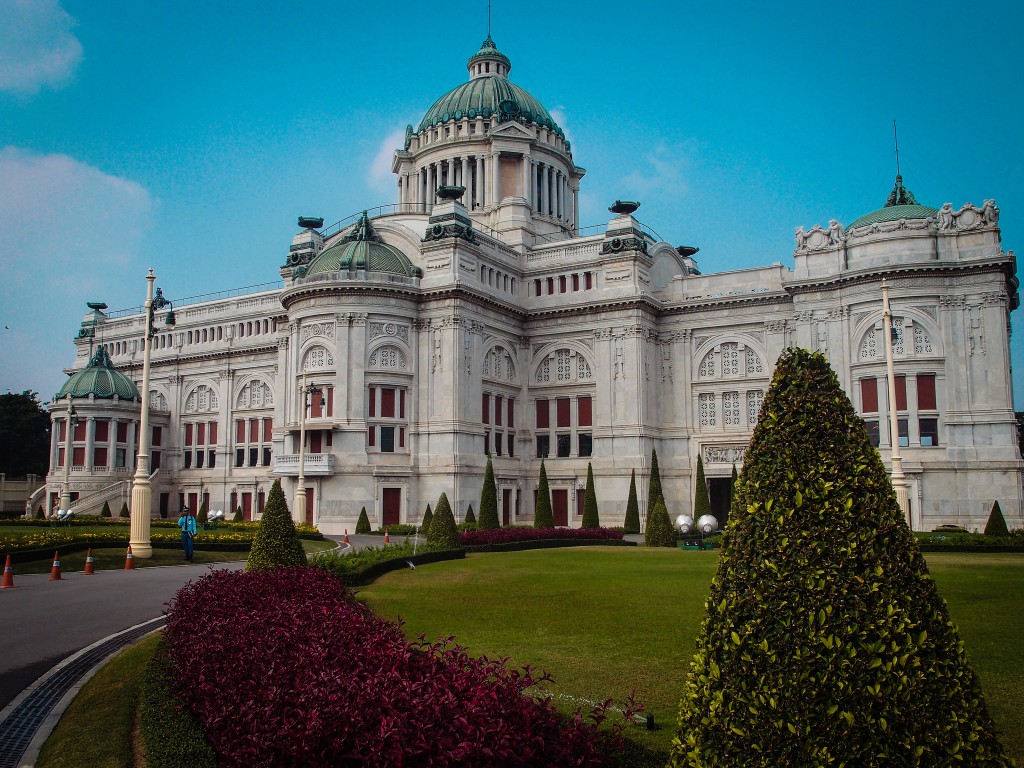 The Royal Elephant Museum is found on the grounds of the Dusit Palace. The actual museum used to be the home of royal elephants, and the stables were constructed under King Rama V. King Rama VII later added on another building, and the museum consists of these two structures. In 1988, the Ministry of Education gave a proposal for the stables to be used as a museum. The museum’s exhibits are all centered around elephants, with life-size replicas of how royal elephants used to look during ceremonies and other important monarchy events. The museum is fairly small, but it is an interesting place to visit for those hoping to learn more about Thai culture. There is no entrance fee, and the museum is open every day from 8 a.m. to 4 p.m.

Wat Benchamabophit, otherwise known as Wat Ben or the Marble Temple, is one of a few temples located in Bangkok’s Dusit District. The temple is surrounded by lush greenery and the architecture will impress even the least impressible. The temple has yet to make its way onto the itineraries of those traveling through Bangkok, so visitors will be surprised to find that this beautiful structure is usually pretty empty, with only a handful of monks walking the grounds. The temple is made almost entirely of white marble that was imported from Italy and was completed in the late 19th century, with underlying tones of both Thai and European architecture throughout it.

Chow Down At One Of The Best Restaurants

This area has an abundance of restaurants, and by restaurants, we mean family-run, hole in the wall eateries. Many of these restaurants are tucked into the small streets of Dusit. For something a bit more extravagant, there are a handful of international restaurants along the Chao Phraya River.

Near the banks of the Chao Phraya River is Wat Thewarat Kunchorn Worawihan, a towering, picturesque temple. While this temple can not compete when it comes to size with its big fellow temple contenders, for example, Wat Arun, it remains a striking structure worth visiting. Because it is less well-known, there are fewer foreigners and tourists at this temple, making a visit to its grounds a peaceful and uncrowded one. The Ordination Hall within the temple is similar to and just as beautiful as the Grand Palace. 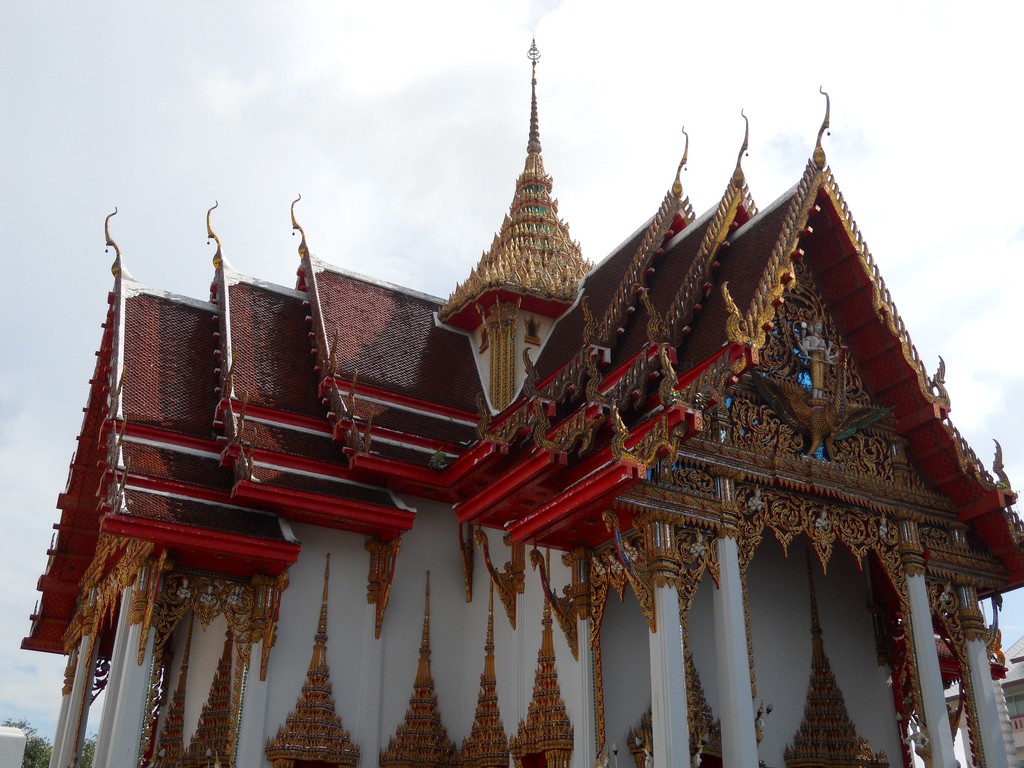 Royal Dusit Golf Club has a total of 18 holes for golfers to tackle. You do not need a membership to the club to play, and visitors are welcomed on a daily basis. The green fee is only ฿500 (about $15), and it is a great place for those who enjoy golfing to spend an afternoon. 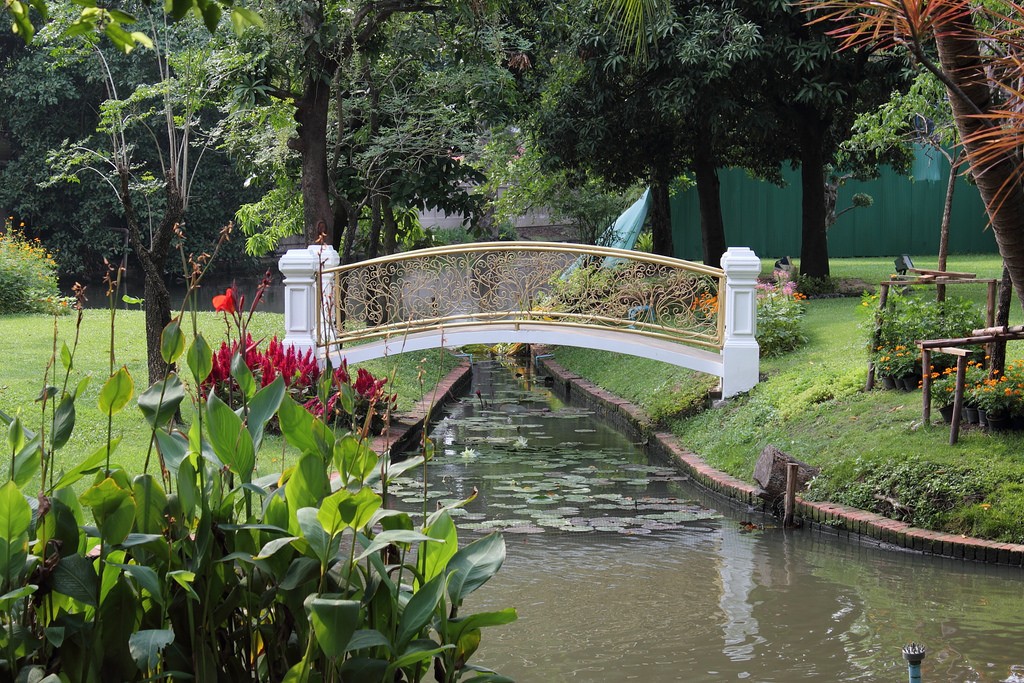 This is one of the most photographed statues in Bangkok; it was the first ever monument dedicated to a Thai king, and was completed in 1908 to honor the 40th anniversary of the crowning of King Rama V. The structure is of the king sitting on a horse.

Market, Thai
Nang Loeng Market is one of the oldest markets in Bangkok, and it is estimated to date back to the 1900s. Many will be pleased to know that much of the market is covered, so visitors can explore the market during the day without being beaten down upon by Bangkok’s brutal sun. The market is chock full of authentic and noteworthy Thai cuisine. Be sure to get there early, as many of the stalls will pack up and head home in the late afternoon; most vendors are closed on Sundays, too.
More Info
Open In Google Maps
Nakhon Sawan 6 Alley, Khwaeng Wat Sommanat, Khet Pom Prap Sattru Phai Krung Thep Maha Nakhon, 10100, Thailand
View menu
Visit website
Visit Facebook page
Send an Email
Give us feedback
Give us feedback