When Is the Best Time of Year to Visit Taiwan? 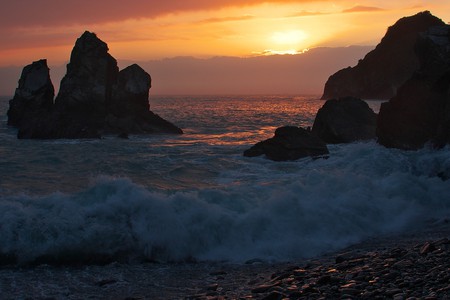 Taiwan is enjoying a huge boom in tourism with sightseers flocking to the region’s many sights and attractions throughout the year. But when is the best time to visit? Should you avoid public holidays and festivals? And what about the weather? Well, the truth is that no matter when you visit this beautiful island, you’re guaranteed an exciting trip but, of course, some seasons might suit better than others.

Spring in Taiwan runs from March to May and temperatures are usually a nice and comfortable 20-25°C. It’s a great time to visit and many people come to see the cherry and plum blossoms. With temperatures at such comfortable levels, it’s a good time for hiking and visiting the island’s parks. 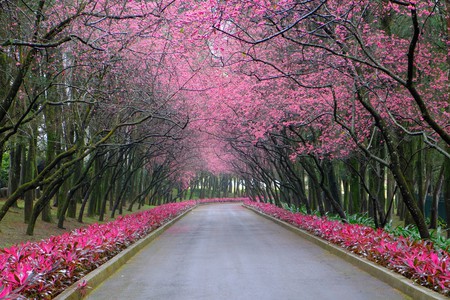 There aren’t too many holidays during this season, however, you should try to avoid arriving at the beginning of April. The fifth of the month is Tomb Sweeping Day and many people take the opportunity to visit family graves, so public transport and the freeways are incredibly busy.

With typhoon season on the horizon, the end of the season is usually quite wet so if you’re here in May, best bring a raincoat and an umbrella.

Summer in Taiwan is both hot and humid. In fact, locals spend as much time out of the sun as possible during the hottest months of the year, preferring to go out in the evenings. Temperatures routinely top 30°C and although it’s quite hot, it’s also typhoon season so you can expect heavy downpours from time to time. 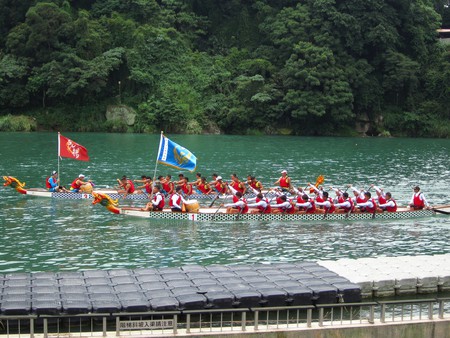 The start of the season usually coincides with Dragon Boat Festival. During this festival you can attend one of the island’s many Dragon Boat race events and enjoy the traditional treat of sticky rice dumplings known as Zhongzi.

Anyone who lives here will tell you that autumn is perfect season to visit Taiwan. The typhoon season is winding down and the weather cools considerably. There’s very little rain and lots of sunshine, making it a very comfortable season for sightseeing. 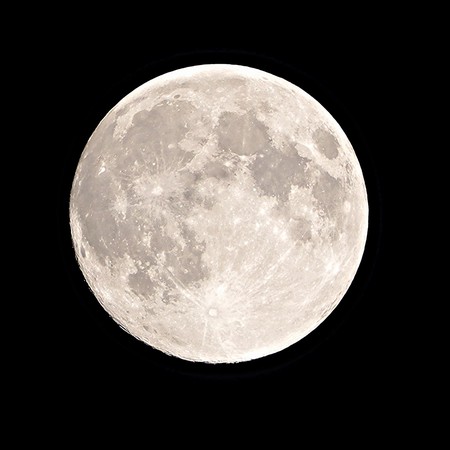 This is also when locals celebrate both Moon Festival and Double Ten Day. Moon Festival is quite fun if you can spend it with a local family. People usually spend the festival enjoying time with family while barbecuing under the full moon. Double Ten Day is a much livelier holiday with a military parade taking place in front of the presidential palace each year. Some cities also have firework displays but this varies from year to year.

Winters in Taiwan are pretty mild. You’ll find that although most locals kit themselves out in the warmest of winter gear, tourists used to colder weather can survive in sweaters and jackets. Temperatures rarely drop below 10°C and unless you’re up a mountain in one of the region’s incredible parks, you won’t see any snow or even frost.

The best thing about winter in Taiwan is the fact that there are so many things going on. While Taiwanese generally don’t celebrate Christmas, there’s still the impressive Christmasland to visit out in Banqiao. As for New Year’s Eve, you’re spoiled for choice. Taipei 101 is the most popular event but there are also firework displays and performances in Taichung and Kaohsiung. 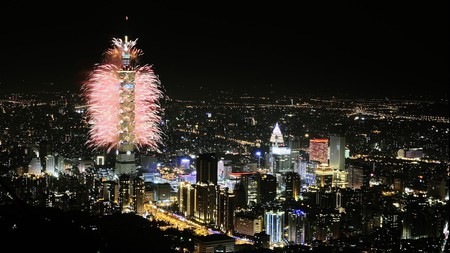 And towards the end of the season the biggest celebration of them all takes place, Chinese New Year. This public holiday usually lasts for about a week and it’s a great time to be in Taiwan. Everyone is in holiday mode and the shops are filled with great bargains. Be warned though, public transport, particularly trains to the south can be packed throughout the holiday.

When not to visit Taiwan

Although public holidays can be quite challenging when it comes to public transport, if you plan ahead or avoid travelling on those days, it’s not really an issue.

However, typhoon season (from June to September) is something you can’t quite plan for. There’s usually plenty of warning that a typhoon is approaching the island so once you stay indoors, you’re pretty safe. Having said that though, do you really want three days of torrential downpours and strong winds in the middle of your week-long stay? Best to avoid the season entirely if possible.