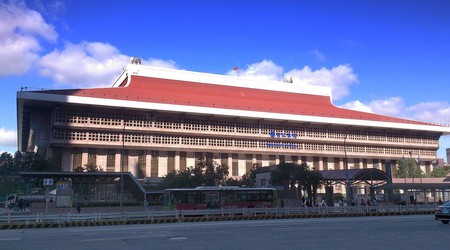 It’s the first stop for many tourists who arrive in Taipei and the main travel hub for both the city and much of northern Taiwan, but Taipei Main Station is so much more than a train station. A meeting place, somewhere to eat and even shop, there’s a lot more to this city center train station than meets the eye.

It wasn’t always where it is now

The original Taipei Main Station was first built in 1897 at Dadaochung, and during the Japanese colonial period, it was expanded upon and reopened in 1901. As demand for rail services grew, the station was again redeveloped in 1940, and by the ’80s it was clear that a new location had to be found. It was then rebuilt in its current location and modeled after both Tokyo and Osaka train stations. Unfortunately, the original station was demolished to help alleviate traffic congestion.

It sits atop an extensive underground network

While it should come as no surprise that a city center train station would have an extensive network of underground hallways and tunnels, Taipei Main Station has a huge number of stores in the underground shopping streets beneath it. In fact, for many tourists, the shopping streets are a confusing warren of stores and restaurants. 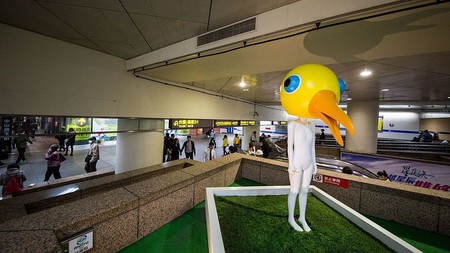 There are many migrant workers living in Taipei, and as the main travel hub in the city, Main Station has become something of a meeting point for them each weekend. On Saturdays and Sundays, the station is full of life, and from time to time, there are events held on its grounds for the Southeast Asian migrant community.

The food court located on the second floor is home to some wonderful vendors specializing in everything from local Taiwanese cuisine to food from both Indonesia and the Philippines.

It’s one of the busiest stations in the world

Although Taiwan has a relatively small population of over 23.5 million people, the size of the island means that population density is quite high in each of its major cities. So it’s no surprise that Taipei Main Station is the 25th busiest station in the world with only Japanese stations and Paris’ Gare du Nord ahead of it on the list.

Announcements are made in four languages

Many visitors to Taiwan assume that the main language of Mandarin is the only one they will hear, but at Taipei Main Station all announcements are made in Mandarin, Taiwanese, Hakka, and English. 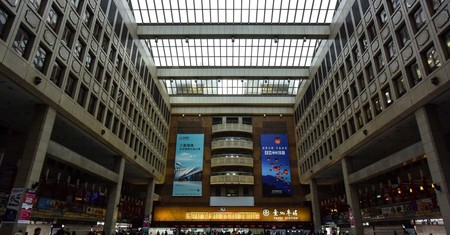 There are five transport options at the station

Six, if you count taxis, but we’re talking public transport, so we’ll exclude them for now. At the station, you can take the MRT (Metro), Taiwan HSR (high-speed trains), TRA trains (regular trains), buses (Taipei Bus Station is next door), and the newly opened Taoyuan International Airport Access MRT System.

It’s located in the center of Taipei

Taipei is a strange city in that it doesn’t really have a center, so to speak. The city is broken up into districts with each having their own popular streets and areas. However, according to the layout of the city, Taipei Main Station is considered to be roughly at the geographical center of the city.