The Story Behind Moon Festival Celebrations 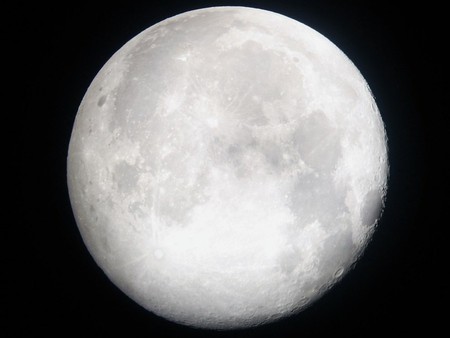 As one of the most popular cultural events in Taiwan, Moon Festival is a holiday with many traditions and quite a lot of history. It’s a time when families come together to enjoy a meal and, as you might have guessed, enjoy a spot of moon watching. But there’s more to this holiday than the current fad of barbecues by moonlight. Here’s a look at the story behind this special day in the lunar calendar.

Moon Festival is held on the fifteenth day of the eighth month of the lunar calendar which usually falls around September or possibly even early October on the regular calendar.

Also known as Mid-Autumn Festival or Harvest Festival, traditionally it was a time when families would come together for a meal and enjoy some moon cakes. These days, although families still get together, it’s more popular to sit outside and enjoy a barbecue. This modern day tradition is thanks to an old TV commercial by a barbecue sauce company and is completely unrelated to the legends of the festival.

There are quite a few stories associated with Moon Festival, but perhaps the most popular is the legend of Chang’e. As with all legends, the story changes depending on the teller but often it goes something like this.

The Jade Emperor who was the ruler of Heaven had 10 sons who were more than a little troublesome. One day they decided to transform themselves into 10 blazing suns which scorched the Earth. The Jade Emperor was furious and decided enough was enough. He asked his archer Hou Yi to set about finding a way to teach them a lesson.

Hou Yi descended to Earth and saw the devastation the suns had brought to the land. In his anger, he shot down nine of the suns leaving only one in the sky to warm the Earth. Needless to say, the Jade Emperor was less than pleased that nine of his sons were dead. He banished Hou Yi and his wife Chang’e from Heaven forcing them to live as mortals. 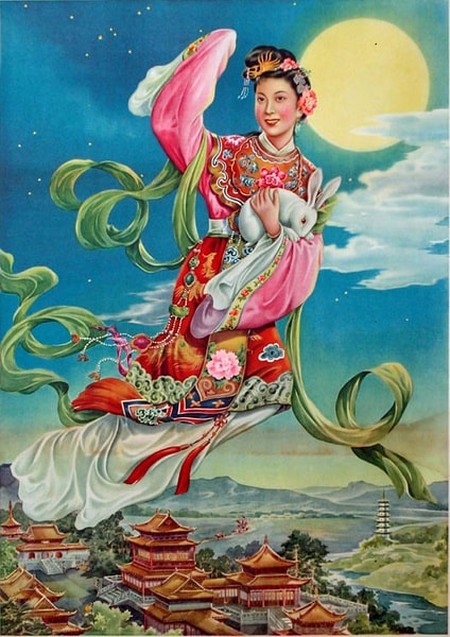 After living as immortals for so long, the couple found life on Earth extremely hard and during their time there, they wished for one thing only; the chance to return to Heaven. The Jade Emperor would not help them, so they had to seek out other means. Fortunately, Hou Yi recalled that a Queen on Earth had the elixir of immortality and so he left on a long journey hoping to find her.

After overcoming many obstacles, he finally came to her palace. The Queen listened to his tale and felt pity for him and so gave him some of the elixir. However, it came with a warning. Drink half, and both Hou Yi and his wife could enjoy everlasting life on Earth, drink it all and one of them could ascend to heaven as an immortal.

When Hou Yi returned to his wife, he explained all that had passed. Chang’e was delighted that he had managed to find the elixir and looked forward to the everlasting life that they would share. But while Hou Yi was resting, Chang’e took a look at the elixir. The temptation to become immortal and ascend to heaven was too great, and she drank all of the potion. She grew lighter and lighter and felt herself floating into the sky, but little did she know that as a banished immortal the gates of Heaven were locked to her. She couldn’t return to Earth either, and so her only option was the moon. There she stayed with a white rabbit as her only companion. Meanwhile back on Earth, Hou Yi was distraught and spent the rest of his days as a lonely mortal man.

Now older generation Taiwanese encourage young children to make hats with the skin of a pomelo in the hope that Chang’e (it was her favorite food) will look down on them and bless them. It’s an interesting tale and one that will no doubt change again as the years go by. But for now, that is the story behind the celebration of Moon Festival.