Why Was Taiwan Called the Republic of Formosa? 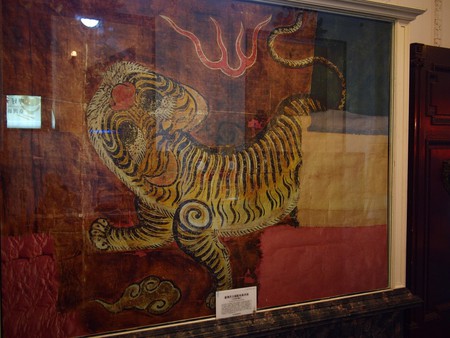 The original flag of the Republic of Formosa | © othree / Flickr

Taiwan has what you might call a checkered political history. Due to its prime location along trading routes, many colonial powers thought of it as hot property, and as such attempted (and oftentimes succeeded) to seize control of its busy ports. So it’s inevitable that this small island has been known by many names in the past. But did you know that for a very brief period, Taiwan was known as the Republic of Formosa?

To understand the origin of this particular name, we need to go all the way back to the 16th century, or sometime around 1542-44. At some point during this time, a Portuguese ship sailed by, and its sailors were impressed by the beautiful scenery of the island and so dubbed it ‘Ilha Formosa’ which translates as ‘Beautiful Island.’

The name for the island eventually replaced all others, and up until the early 20th century, it was the most common title for Taiwan in European literature.

So how did the Republic of Formosa come into being?

In 1894, Japan and China went to war, and although much of the fighting took place in Northern China, the Japanese viewed Taiwan and the Pescadores Islands (now a Taiwanese territory known as Penghu) as pivotal in the fight for oceanic supremacy.

To the north, the Japanese routed the Chinese armies and defeated their fleet, and with no other option left to them, the Chinese agreed to meet for peace negotiations. During this meeting, all hostilities were suspended, but understanding the importance of Taiwan, the Japanese intentionally removed the area from the scope of the ceasefire. So while the negotiations took place, the Japanese navy seized control of the Pescadores, which essentially blocked the Chinese from sending reinforcements to Taiwan.

By taking control of the islands, the Japanese forced the hand of the Chinese, and in the Treaty of Shimonoseki on 17th April 1895, they agreed to the cession of Taiwan to Japan.

The Republic of Formosa

Upon hearing of the cessation, many Chinese people in Taiwan felt aggrieved that the Japanese would now govern them, and decided to resist the transfer of power to Japan. On the 23rd May 1895, they declared independence, establishing what they called the free and democratic Republic of Formosa.

Tang Ching-sung, the Governor General of Taiwan, became the fledgling nation’s first president, while other notable former Chinese generals and diplomats led the army and started work on garnering international support and recognition for the republic. 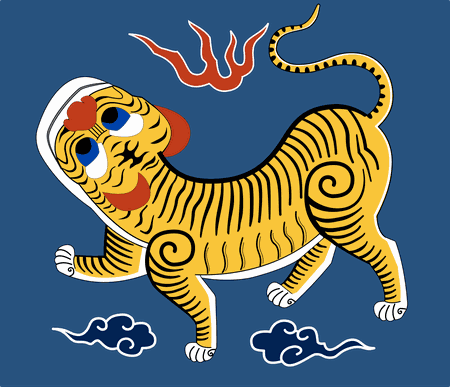 The flag of the Republic of Formosa | © Jeff Dahl / Wikimedia

Unfortunately for the republic, due to the cessation of the country to Japan and the signing of the Peace Treaty of Shimonoseki, Western governments felt that they could not recognize Formosa as a legitimate government. Some felt that the declaration was simply a smokescreen that would allow the Chinese troops on the island to fight against an invasion without breaking the peace treaty. They also understood that should they be successful in their attempts to repel an invasion, the island would almost certainly return to Chinese power.

It wasn’t just the lack of sympathy from Western powers that put paid to this short-lived republic. Under pressure from the Japanese, the Qing court sent an imperial order to Taipei to demand that all troops return to the mainland and that the transfer of power take place immediately.

The Collapse of the Republic

On May 29th, 1895, the Japanese landed near Keelung and started their campaign to seize control of the island. Soon after, Tang fled the Republic, sailing to the mainland on a ship out of Danshui.

However, the island’s people had been bolstered by Tang’s propaganda and believed that their militia, along with the Chinese troops still in place, could resist the Japanese. Liu Yung-fu assumed leadership of the nation and led his campaign of resistance from the city of Tainan.

The troops, helped by guerilla activity, managed to hold out until the fall of Tainan on October 21st. The Republic of Formosa had lasted only five months, most of which had been spent at war with the Japanese.

The collapse of the Republic led to five decades of Japanese occupation, which would end with the surrender of power after their defeat in World War II.

Although Taiwan is still sometimes referred to as Formosa, and has been for centuries, it was only known as the Republic of Formosa for five short months. And even then, it wasn’t officially recognized by any foreign governments, which is probably why very few people know of its existence.