A Brief History of Taiwan's Taipei 101 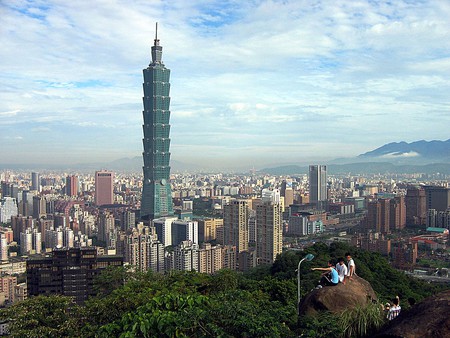 Once the tallest building in the world, Taipei 101 vies with Taiwan’s incredible religious sites as one of the city’s most popular tourist attractions. It is also the setting for Taiwan’s biggest and most popular annual New Year’s Eve fireworks display. But how did an island prone to earthquakes manage to build one of the world’s tallest skyscrapers?

Each year Taiwan is affected by countless earthquakes and typhoons which would lead any reasonable person to assume that it’s not the best location for a skyscraper. However, C. Y. Lee & Partners, the designers of Taipei 101, had other ideas and created an architectural masterpiece that is both flexible and structurally resistant. 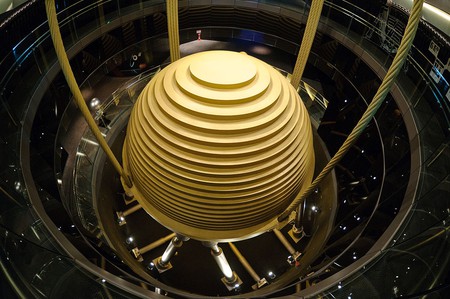 A 660 tonne damper hangs suspended from the 92nd to 87th floor which counteracts the effects of strong winds while the solid concrete foundations add to the building’s resistance. This flexibility and resistance allows 101 to withstand gale force winds and the strongest earthquakes the region has ever experienced.

Visitors to 101 often comment that the blue green hue and shape of the building resembles bamboo indigenous to Taiwan. This is no accident of design and the entire building pays homage to Taiwan and the local Chinese culture. 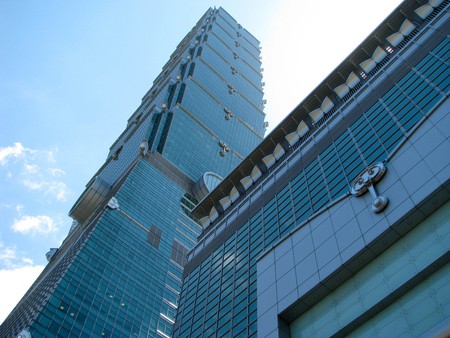 The building is made up of eight sections that incline outwards in a pagoda style with each section having eight floors, a very lucky number in local culture. There are also large circular protrusions on each side that symbolize old Chinese coins.

2005, 28 February – Bill Clinton visits to sign copies of his autobiography

2015 – Becomes one of the world’s tallest green buildings

The building is home to offices, a shopping mall, a vast array of restaurants, an observation deck, and the world’s fastest elevators.

The mall and food court remain the main attraction for locals while overseas tourists, eager to glimpse a bird’s eye view of the city, make up the majority of patrons visiting the observation floors.

With a variety of events held on site each year such as the New Year’s Eve fireworks display, there’s no doubt that regardless of the loss of its ‘world’s tallest’ title, this culturally iconic building will remain one of the most visited skyscrapers for many years to come. 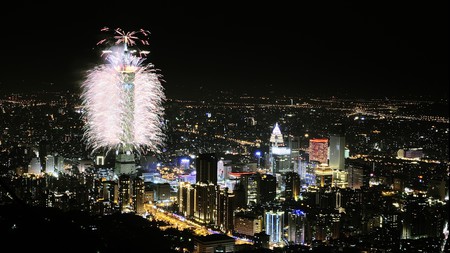