8 Incredible Views in Taiwan You Have to Hike to See 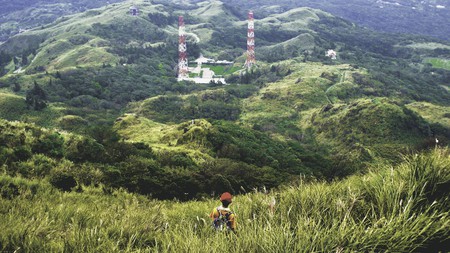 Taiwan is enjoying a boom in tourism, with thousands of tourists flocking to the island’s many attractions day after day. But away from the huddled masses lies some truly breathtaking scenery, and if you’re prepared to make a little effort, you’ll find some incredible views.

As Taiwan’s tallest mountain, Yushan ranks highly on many hikers’ bucket lists. Set within one of Taiwan’s most beautiful national parks, this mountain offers hikers some stunning scenery and a wonderful opportunity to watch the sun rise above the clouds each morning. 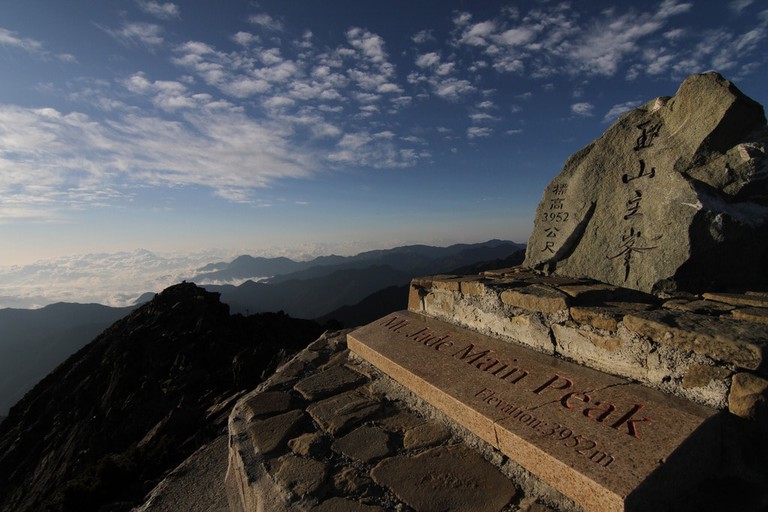 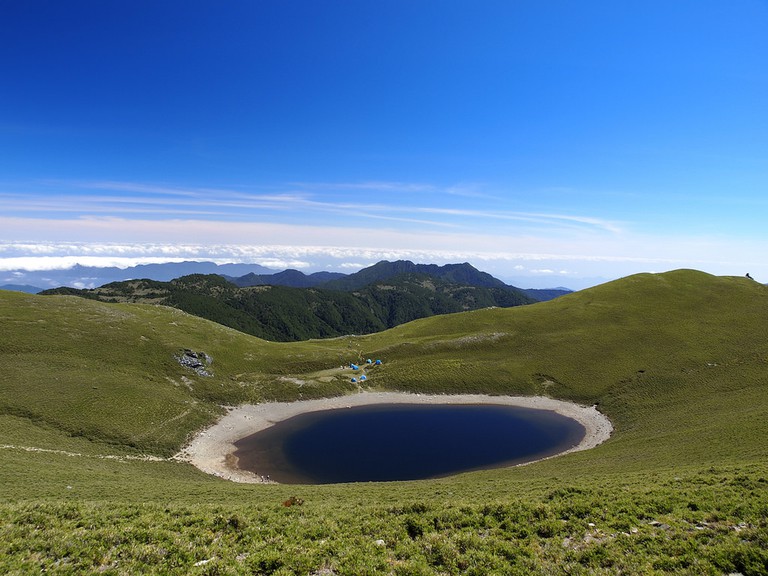 Jiaming Lake | © 默 雨 / Flickr
This is the second highest mountain lake in Taiwan, and at 3,520 meters above sea level it does take quite a bit of effort to get to. The old story goes that it was created by a meteor strike, but we now know that it’s more likely that it was something to do with glacial movement. Get here at the right time and you’ll enjoy some incredible scenery and although you’ll travel with a group, the feeling of isolation is pretty amazing.
Open In Google Maps
957, Taiwan
Give us feedback 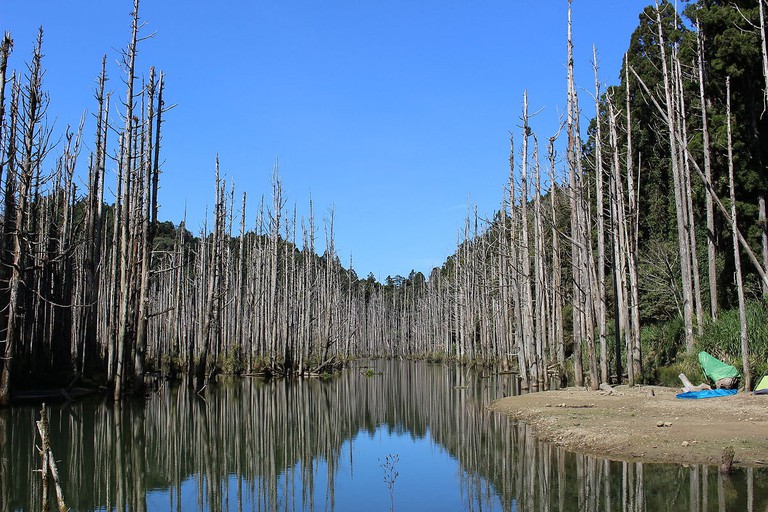 Shuiyang Forest | © Dellinger Wu / Wikimedia
This seemingly dead forest landscape appeared after the deadly 921 earthquake, and to say the place is a little eerie would be an understatement. While you don’t get stunning vistas, this place is perfect for some early morning photography, especially if there’s some mist about.
Open In Google Maps
605, Taiwan
Give us feedback

Also known as Snow Mountain, you can guess how Taiwan’s second highest peak got its name. This is one of the most popular climbing and hiking destinations in Taiwan, and it’s easy to see why. The views up here are simply incredible, especially if you time it right and get to see some rare Taiwanese snow. 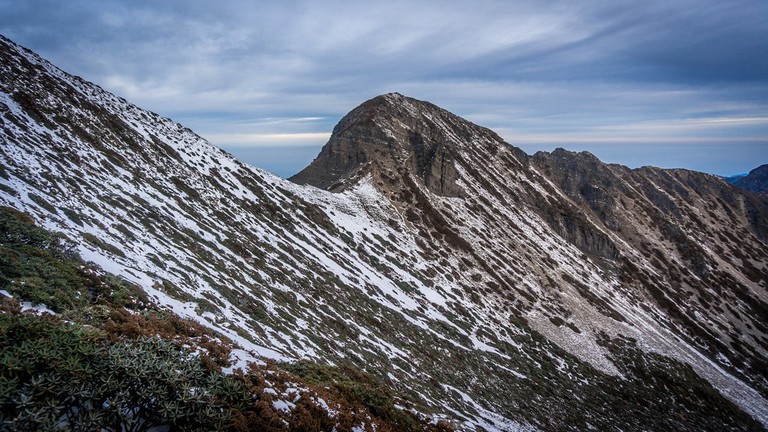 What some call the badlands, Tianliao Moon World is barren strip of hilly land that resembles, yes you’ve guessed it, the moon. It doesn’t take much hiking to get there, but if you want to get the best views you’ll need to follow the trail which includes quite a few steps. It’s a short hike, but worth it just to see that grey moonscape dotted with sparse vegetation. 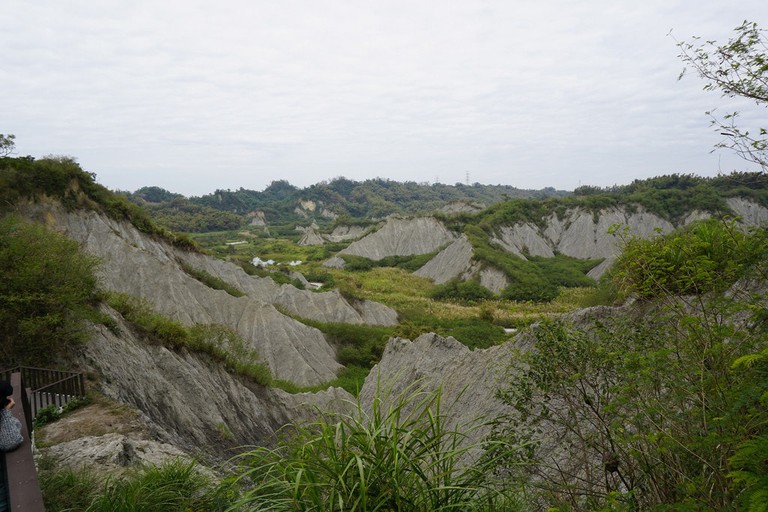 Now this is a real tourist hotspot, but it’s worth competing with the other sightseers to get a view of the scenery that surrounds the mountain. This is a hugely popular weekend destination for the locals who get up in the small hours of the morning to see the sunrise. There are plenty of trails throughout the area where you can take a short hike to find the best of mountain’s famous views. 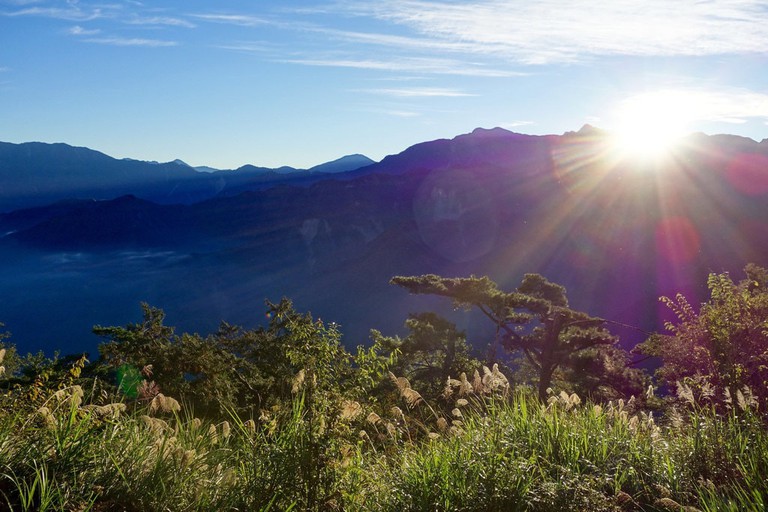 Otherwise known as Rainbow Lake, this isolated lake has that deserted planet feeling to it, but it’s the wonderful spectrum of colors in the lake’s waters that make this place worth a visit.

Located in Yangmingshan National Park, Qixing Mountain is a very popular short hike for residents of Taipei City. It’s just a short drive outside the city, and the views of the surrounding park are breathtaking. It’s really quite astounding that you can find views like these so close to the capital city. 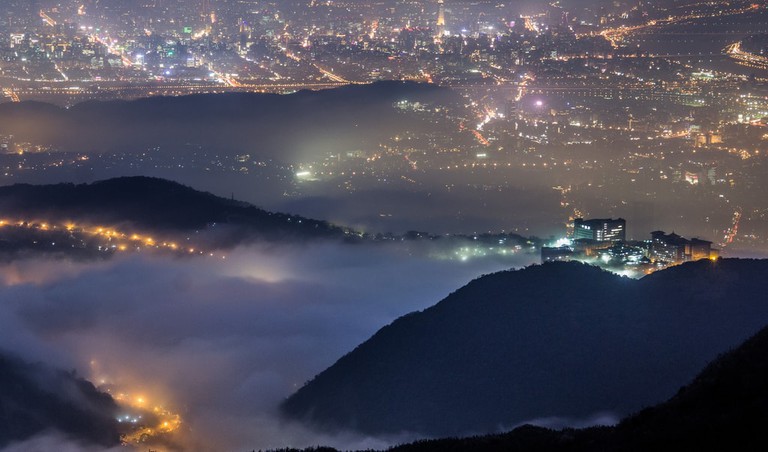