12 Brands of Craft Beer You Must Try in Taiwan 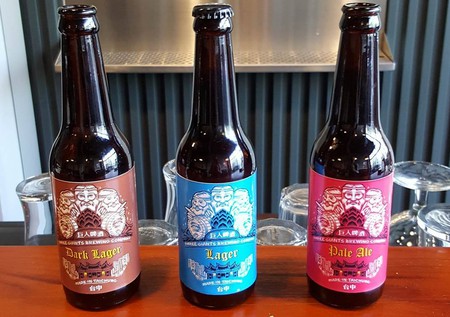 It was only a few years ago that beer lovers in Taiwan had to search far and wide to find anything resembling a craft beer, but times have changed, and how they’ve changed. Taiwan now boasts a burgeoning craft beer industry with a host of microbreweries serving up everything from pale ales to pilsners. Here are 12 of the best.

The co-founders of Redpoint are two American beer fanatics that decided to turn their love for home brewing into a genuine business venture. Opened in 2014, Redpoint produces three beers; Long Dong Lager which is an American style lager, 台.P.A. or Tai PA which is an Indian pale ale and Rock Monkey Stout. They also produce a seasonal beer with the rather brilliant name of Das Pumpkin. 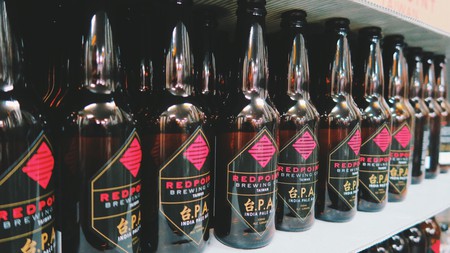 Started by three guys that met through a homebrew group, 23 Brewing Company along with Redpoint, is one of the most recognizable expat-owned breweries in the region. Starting with only three beers, they now have seven brews on the go which beer aficionados can sample in many locations throughout the island. 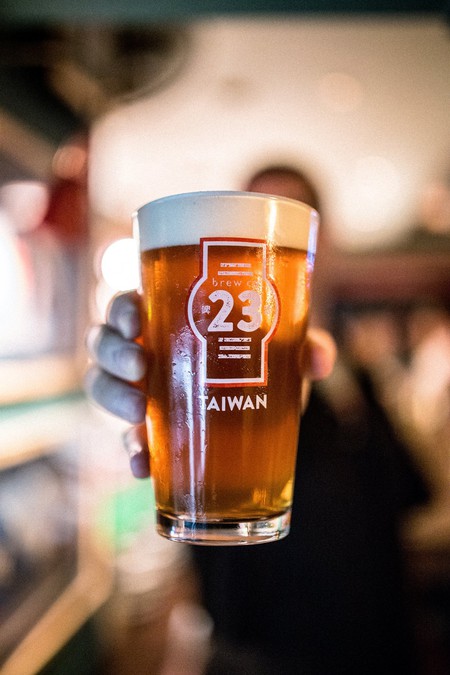 One of the newest microbreweries on the scene is the Taichung-based Three Giants. Started by two South Africans and an Irishman, and three years in the making, this brewery is promising big things with their three signature beers. They have also opened a taproom and restaurant at the front of their facility which guarantees customers the best of their brews straight from the vats. 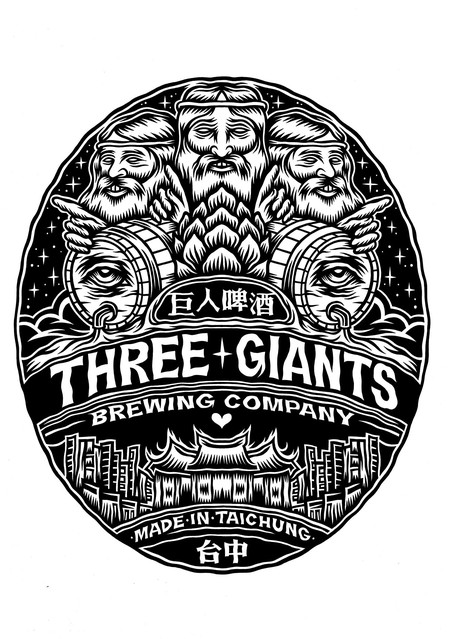 Run by husband and wife team Johan and Jack, 55th Street is the end result of Jack’s lifelong dream to brew his own beer. Founded in 2014, the buzz surrounding this beer has been gaining some serious momentum, and it’s quite easy to find it either on tap or for sale by the bottle in many of the city’s finest restaurants and bars. Their Longan Amber Ale made with the local fruit of the same name is a must try. 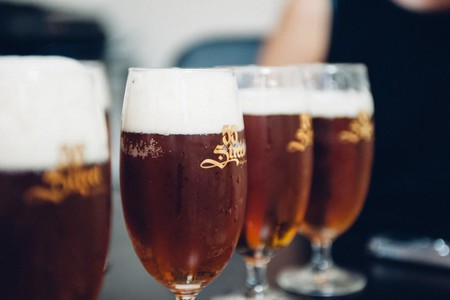 Located in Ilan, Jim & Dad’s produces a range of beers that are available island-wide. But in truth, many lovers of this beer prefer to visit the brewery itself and enjoy the beers in the spacious taprooms. Opened in 2013 this brewery is going from strength to strength and has plans to add more beers to its range in the coming months. 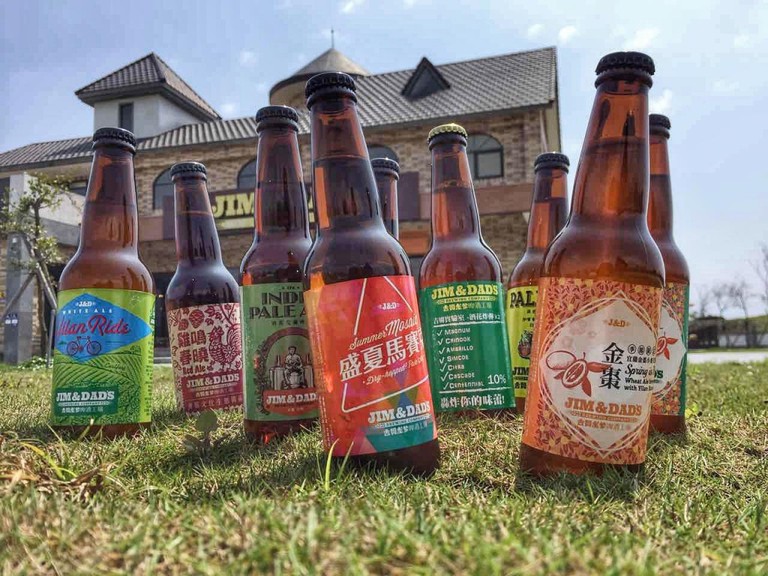 Craft Ale Bar, Beer, $$$
Facebook
Email
Twitter
Pinterest
Copy link
Share
Map View
Zhang Men Brewing Company has perhaps the largest range of beers of any microbrewery in Taiwan. In fact, their off-site tap room on Yong Kang Street in Daan has 16 taps of various beers. Not all are Zhang Men beers, but it’s still quite impressive. The great thing about this brand is that with so many beers in their range, even the fussiest of beer connoisseur’s will find something to their liking.
Open In Google Maps
10號 Lane 4, Yongkang Street, East Gate, Taipei City, 106, Taiwan
+886223952366
Visit Website
Give us feedback

Started by Canadian Shawn Kidd with the primary goal of introducing real North American-style craft beer to Taiwan, 886 Brew Co. have worked with several breweries creating signature beers and ales. With their roots in the import and distribution of craft beers in Taiwan, this brand has a real inside track on what the beer-loving masses desire in a beer. 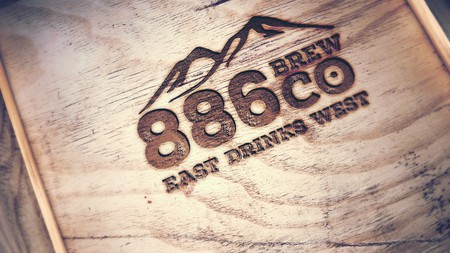 As their homepage proudly states, Taiwan Head Brewers dedicate their beers to their beautiful island. Founded by three local guys who already play a huge part in the region’s thriving craft beer scene, their beer ‘Rain Water’ was voted the World’s Best Experimental Beer in the World Beer Awards 2016. 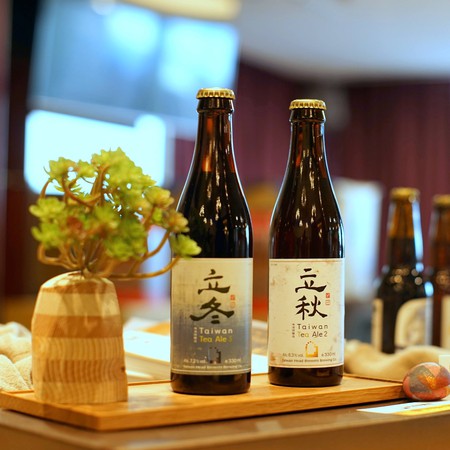 Another new microbrewery starting up this year, Formosa Brewing Co. promises to take on the “old” stalwarts currently dominating the craft beer market. These guys are another brewery owned by expats that decided they wanted to share their homebrew skills with the public at large. They launched in May 2017, and it shouldn’t be long before their beers are available throughout the island. 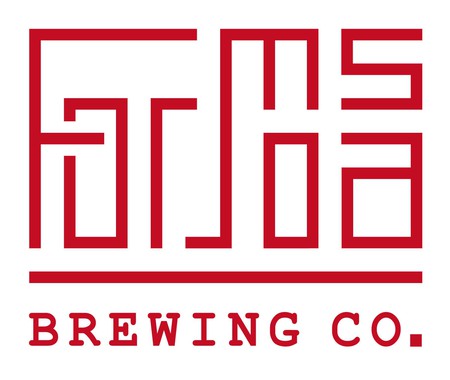 Taihu Brewing was founded with two simple goals; to brew delicious beer, and to share it with good people. And with this in mind, the Taipei-based brewery has several taprooms located throughout the city where visitors can sample their many brews fresh from the tap. They even have a refurbished vintage Airstream that if beer lovers are lucky enough to find, has 18 taps of the best Taihu beery goodness. 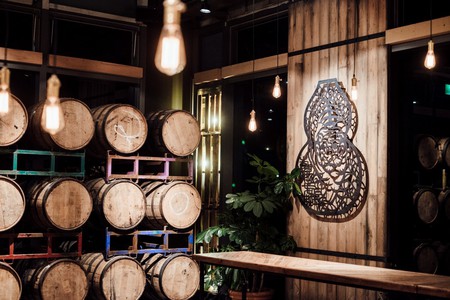 Also known as Pinemellow, Dingmalt Craft Brewery is one of the older kids on the block. Opened in 2011 Dingmalt produces several beers such as Honey Lager, Hefeweizen, Stout, and Premium Lager. Both lagers are stronger than most people are used to coming in at 7% but are still popular beers in Taipei’s many craft beer bars. 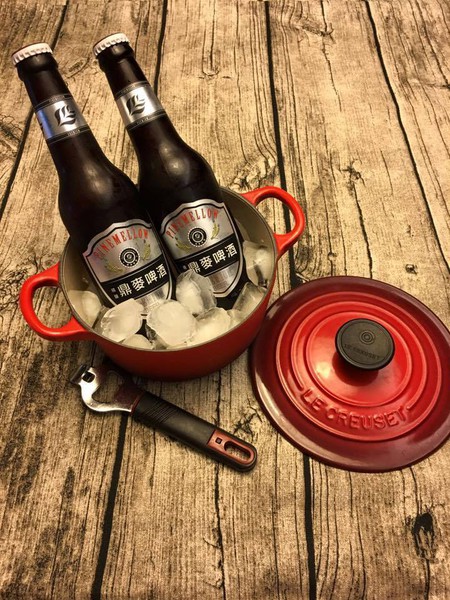 Market, Restaurant, Beer, $$$
Facebook
Email
Twitter
Pinterest
Copy link
Share
Map View
Originally a restaurant opened with the view to introduce the European appreciation of beer and food to the local market, Jolly now produces a wide range of craft beers that are served in each of its three restaurants. They have a seriously good selection of beers on offer, but it’s perhaps the Scotch Ale that sets Jolly apart from other brewers in the city.
Open In Google Maps
60號 Hengyang Road, Taipei City, 100, Taiwan
+886277098223
Visit Website
Give us feedback

With so many quality craft beer brands to choose from on the island, beer drinkers in Taiwan now find that this one-time monopolized industry now offers an incredible range of brews making it nothing short of a beer lover’s paradise.