Why Are Sri Lankans Known For Bobbing Their Heads? 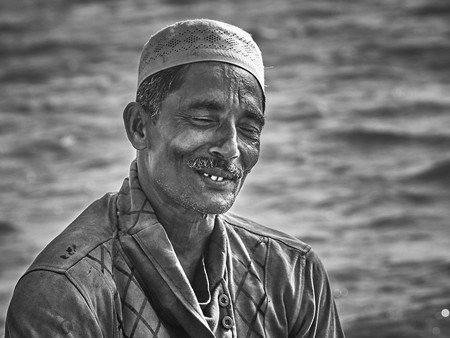 One of the first things you notice about Sri Lanka is the way people communicate. Not the language in particular, but most specifically their infamous head-bob, also called head waggle. If they want to say “yes” they waggle their head. If they want to say “maybe,” another waggle. They want to say “no,” more head waggling. Every visitor will notice and make note of just how unique it is. After the initial shock it becomes so natural that it’s easy to decipher what each waggle means quite quickly.

There is so much waggling!

The motion of the waggle is a sort of “8”-shaped movement that starts at the top of the head and makes it way down to the shoulders. The intensity of the waggle depends on what it means. Short and sweet waggles are for acknowledging someone in the street for example or saying a passing “hello.” The waggle for saying “yes” is a bit more emphatic, with the “I understand” being even more emphatic. The waggle when receiving instructions is almost like their head will waggle off their body! Here’s a little video tutorial on how to do the Sri Lankan head waggle.

The way Sri Lankans waggle their head is in essence similar to the Indian head bob. Both the Indian head bob and the Sri Lankan head waggle are a manner of communicating without words, but the Sri Lankans do it a little differently. In India, the bob is a side-to-side movement and in Sri Lanka it’s a figure of eight. Different regions have a different intensity of waggle. Tamils in the north are notoriously more emphatic wagglers. In Colombo you will find all intensities and styles of waggle. Some people might be very energetic about it while others are more subtle.

Starting at the soft and small waggle, this is a sign of appreciation or acknowledgement at someone. You will see this on the train every time someone new gets on, or on the street when people who know each other cross paths. The waggle for saying “no” is similar to the western “no” but with the Sri Lankan flair of that “8” shape.

The “yes” can be minimal with just one waggle but depending on the person it can be longer. The same waggle but more energetic means “I understand.” When two people are talking they might be waggling at each other like westerners nod at each other when they talk. It’s also important to notice the position of the eyebrows, specially with the waggle that means “maybe” or “I understand, but don’t agree.” The waggle will be the usual figure of eight, but just a tad slower and with squinted eyebrows. Once a visitor has been in Sri Lanka long enough, it becomes second nature. The locals get a kick out of foreigners mastering the head waggle too, so it might be a great way to make new friends! 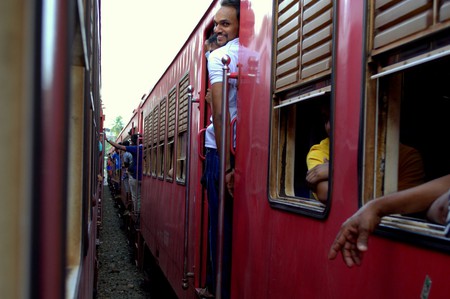 https://www.flickr.com/photos/150622020@N07/36270336751/in/photolist-cgVzJu-cgVzwy-cgVzeh-cgVySU-cgVyLW-cgVA9A-aGY2RX-cgVyW1-cgVAf1-xH82Qh-H7SFo-cgVz8G-cgVyZq-cgVzTA-cgVAm9-cgVyHU-ELCDXh-FDMrqb-yo5YZa-P5B5JW-RxrWSh-F5jirh-cwNB3u-9ackVR-G6FZX-cgVzns-abm4ed-dQRfhP-ELPZYM-J8DbH-dhKPSu-bM8rNM-advzvH-H7WUY-qC35JN-FxU4J3-3QhDwe-Xg5XtD-FG5gpT-xbA935-oJz3SN-xbKcSb-xssrfq-xssrgh-PtFTkj-cgVzVA-bydJUN-9Tn6gB-7wcLDY-3bh2Ly There is so much waggling on the train from people acknowledging every new passenger. | Flickr
Give us feedback