The Most Scenic Places to Go Camping in Sri Lanka 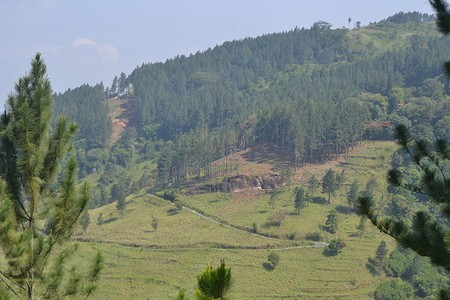 The island of Sri Lanka is home to many national parks and natural areas where travelers can go camping. Camping in Sri Lanka will give you first hand views of wild elephants, leopards and many species of birds. There are plenty of spots around the island suitable for camping, but the most scenic are Yala, Wilpattu, Gal Oya and the Knuckles Mountain Range. With choices from ranging from classic camping sites to more comfortable glamping setups, camping in Sri Lanka can be unforgettable experience.

Yala National Park is located on the southeast corner of the island. Before it was named a national park in 1938, the area was used as a hunting ground by the elite during the British Rule. Yala National park is home to 44 varieties of mammal and over 200 species of birds. This part of the country has the greatest concentration of leopards, elephants and spotted deer. Plenty of companies over camping in Yala National Park. But Leopard Trails and Sri Lankan Expeditions get our vote. 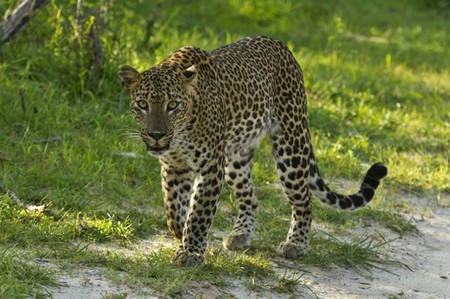 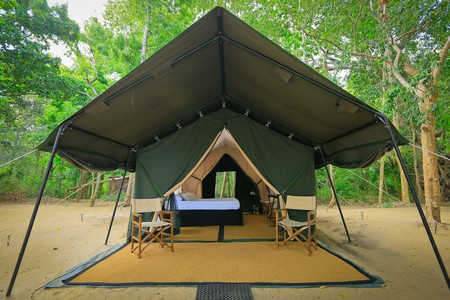 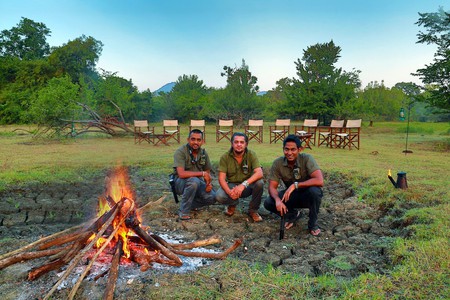 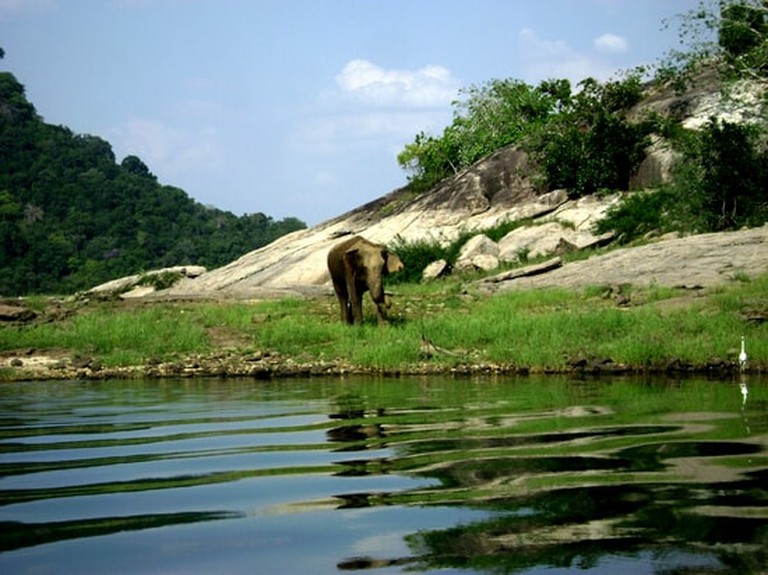 A wild elephant walks along the lake shore in Gal Oya National Park | © Wild Hawk Safari Sri Lanka / Flickr
On the eastern shore of the island, right up top of Yala lies the Gal Oya National Park. This park was funded in 1954 but was closed to tourists during the Sri Lankan Civil War. Gal Oya opened to visitors shortly after the war and tourists can now visit the area. The biggest attraction in Gal Oya is the Senanayake Samudraya Lake and all the birds that flock yearly to the island that sits in the middle.

Visitors can take boat safaris on the lake to see the wildlife. Camping in Gal Oya can be done on your own with your own equipment along the river bank, or with a company like Sri Lanka Expeditions. There is a place in Gal Oya that is a bit different to the usual camping or glamping fare. Gal Oya Lodge is a boutique lodge with bungalows in the middle of the wilderness for those that love the wilderness but can’t handle the camping!
Open In Google Maps
Sri Lanka
+94632242002
Visit Website
Give us feedback

Wilpattu National Park is on the west coast of the island, close to the historical city of Anuradhapura. The best way to visit the site is by jeep safari preferably between February to October. The most notorious animals to be spotted in Wilpattu National Park are the Sri Lankan sloth bear and the spotted deer. Of course leopards are always the main animal attraction in all Sri Lankan National Parks and there are plenty of those in Wilpattu as well. Overnight camping in this park can be done with Leopard Trails and Wilpattu Safari Camps. 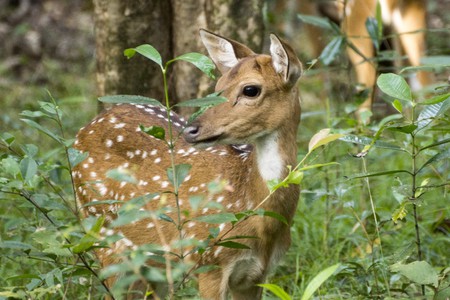 Sneak a peak at a wild spotted deer in Wilpattu | Flickr 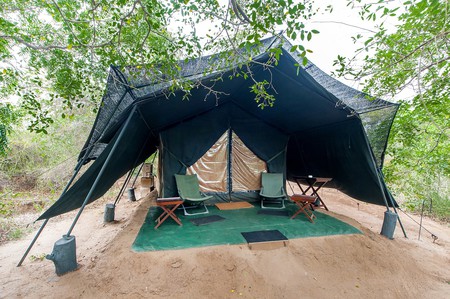 A Tent set up in Wilpattu with Leopard Trails | Company Stock 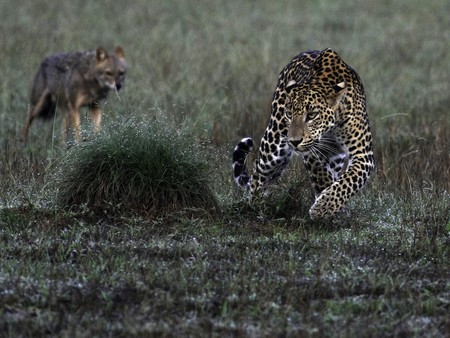 Leopard caught on camera in Wilpattu National Park | Own Stock

Camping in the Knuckles Mountain Range is a bit different to the National Parks along the coast. This area is more about hiking along a beautiful mountain range than about wildlife spotting. The Knuckles Mountain Range sits between Kandy and Matale in the center of the island, northeast of Colombo. From a few vantage points, the peaks look like the knuckles of a hand, therefore the range got its name.

The Knuckles Forest Reserve was named a World Heritage Site in 2009. The area is quite varied in terms of climate and ecosystem, from lowland valleys to highland rainforests. To hike and camp in the Knuckles Mountain Range, contact Sri Lankan Expeditions 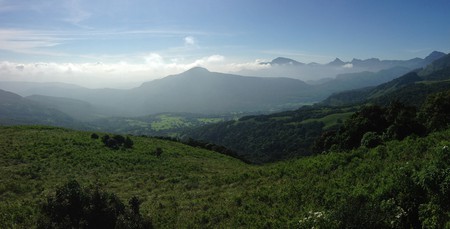 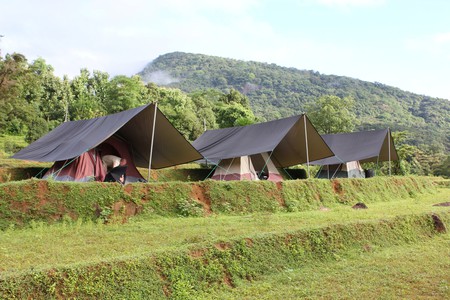 Other areas in Sri Lanka where visitors can camp are Udawalawe, Mahiyanganaya Sorabora Lake, Kitugala, Minneriya and Sinharaja Forest.