The Most Enchanting Buddhist Temples in Sri Lanka 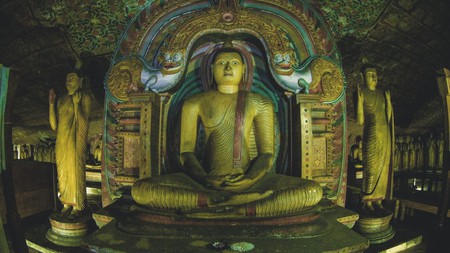 Buddhism encompasses a significant part of the culture and history of Sri Lanka, which is why numerous Buddhist temples are seen throughout the country. One noteworthy temple is the Temple of the Tooth in Kandy, which is home to the sacred tooth relic of Lord Buddha himself.

Timeless tales and fascinating fables surround this tear drop-shaped island nation that is the proud host to multicultural legacies in its time-honoured and colourful history that predates some of the most ancient faiths in the world. Both large and small temples of diverse beliefs that have withstood the lengthy test of time dot the nation.

Big or small, every temple is home to legends of the past, intrinsic artistic details and beautiful carvings that represent the ancient traditions and customs that still subsist in the present day. Each of these temples offers a fascinating insight into the Sri Lankan culture, and although some of them are over a millennium old, the ruins and pillars still evoke a sense of mystery and wonder to those who visit them.

The Dambulla Cave Temple, also known as the Golden Temple of Dambulla, is the largest and best-preserved cave temple complex in Sri Lanka. It is a UNESCO World Heritage Site with over 80 caves in the location. The main attractions are spread throughout five caves, which are intricately designed with carvings, statues and paintings depicting the life of Gautama Buddha. The complex is home to 153 Buddha statues and murals that narrate tales of the temptation of Mara, the demon and Buddha’s first sermon. 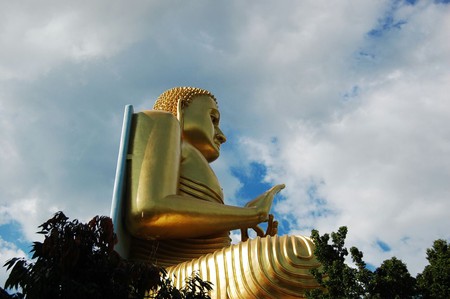 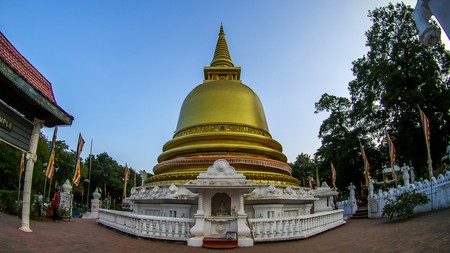 A Pagoda at the Golden Temple of Dambulla | ©Dinu Perera 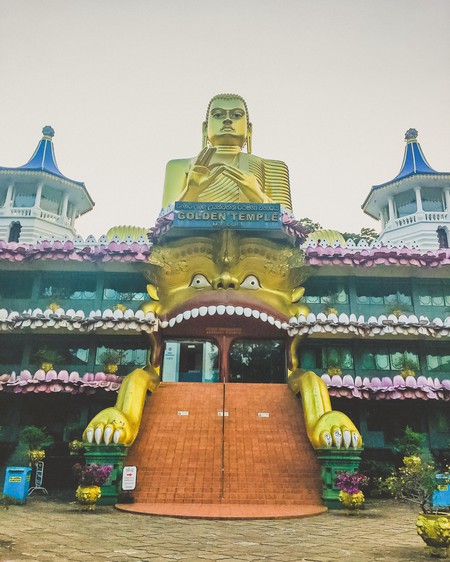 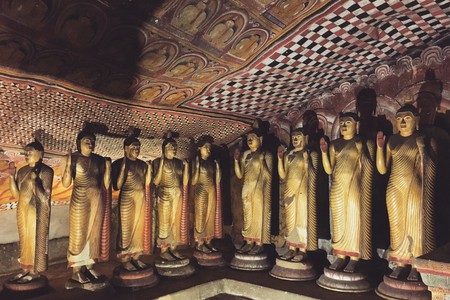 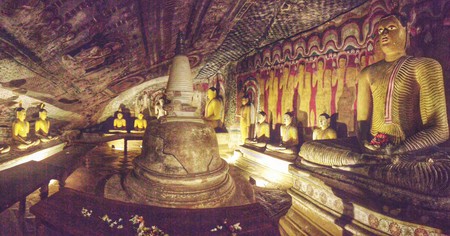 Constructed on top of a massive rock called Pidurangala, the Pidurangala Royal Cave Temple is an ancient Buddhist temple, refurbished by King Kashyapa for the Bhikkhus as compensation for requesting them to move out of Sigiriya, where they used to meditate. 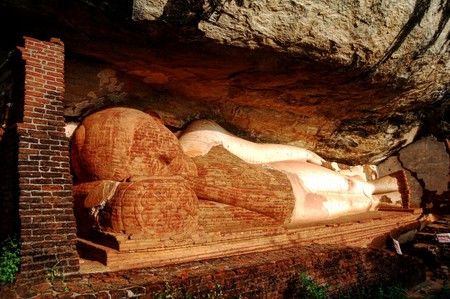 The inauguration of Buddhism in Sri Lanka began at this mountain peak near Anuradhapura, which is believed to be the meeting site of the Buddhist monk Mahinda and King Devanampiyatissa. This epicentre of Buddhism is now a popular pilgrimage site, with several religious monuments and abandoned structures frequented by devotees and visitors from all over the world. 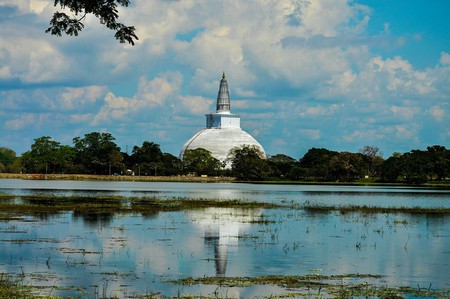 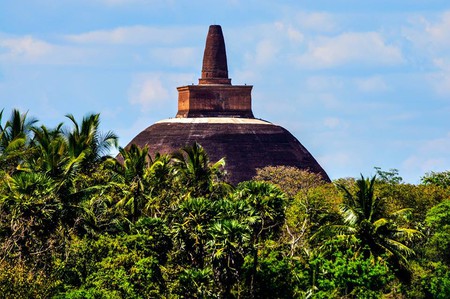 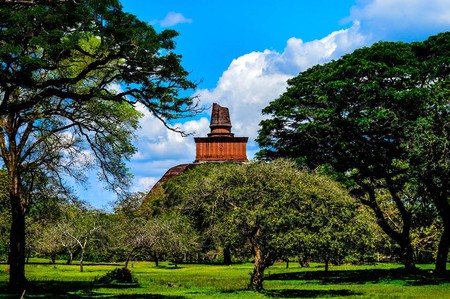 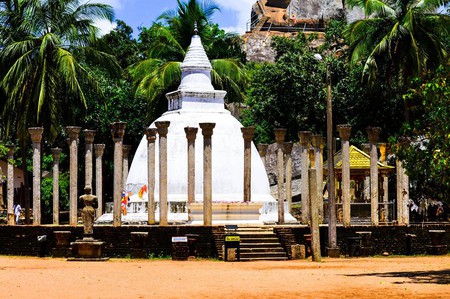 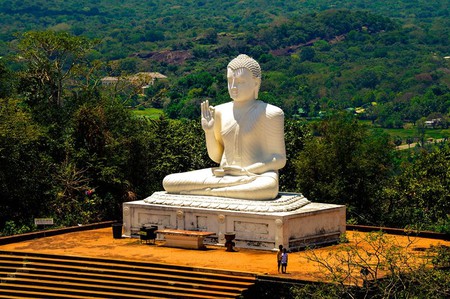 Featured in the Ramayana as home to the beautiful Queen Sita, and known to most colonialists as Buona Vista, this beautiful rock is the subject of a number of legends. The Sama Ceitya is the stupa built by the Japanese, referred to as the Peace Pagoda, and is one of the four such stupas in Sri Lanka. 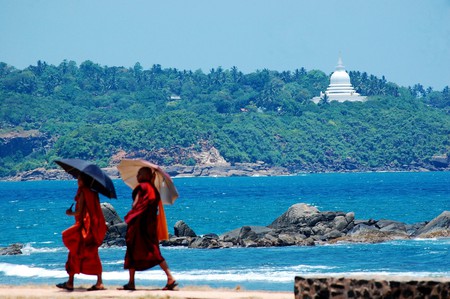 The Rumassala Hillock, which is said to be the chunk of Himalaya that fell off when Monkey-warrior Hanuman was carrying it to the battlefield | ©Avindi Perera 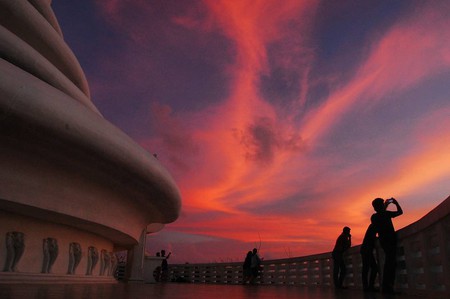 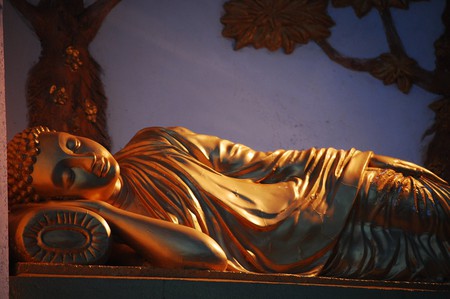 Statue of the Lord Buddha inside the Peace Pagoda | ©Avindi Perera

Located within the former palace complex of the ancient Kandyan Kingdom, Sri Dalada Maligawa, or the Temple of the Sacred Tooth Relic, is home to the most venerated dentistry of the Lord Buddha himself. Situated in the heart of the last capital city of the Sri Lankan kings, scenic landscapes surround this temple, which is one of the eight UNESCO World Heritage Sites on the island. 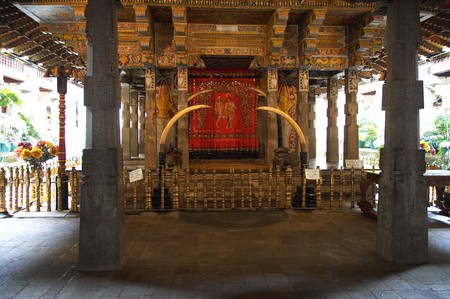 Inside the hallway at the Maligawa | © wiki.commons 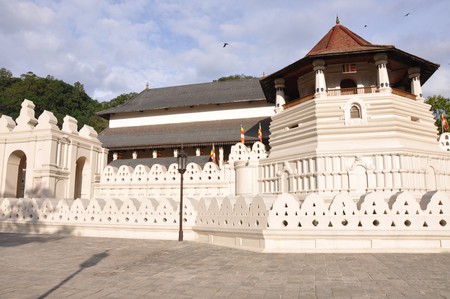 Located on Beira Lake, the Seema Malaka Temple is mainly a place for meditation and rest. It is a part of the Gangaramaya Temple and is often brightly lit to commemorate festivals celebrated all throughout the Buddhist calendar. 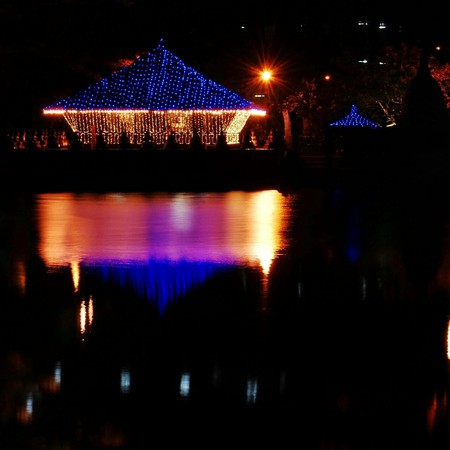