Why This Sea in Asia Has Two Names 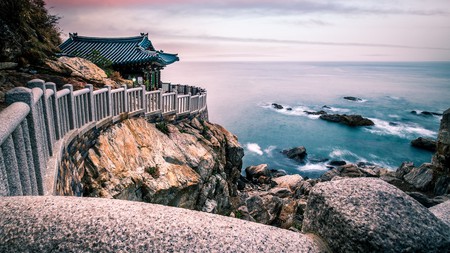 Stand on the shore of Busan, South Korea, and you’ll see a glittering blue ocean stretching to the horizon. A recreation ground for South Koreans and visitors from all over the world, this sea — in the summer, full of swimmers, fishing boats and children splashing in the water — looks nothing but peaceful. However, it’s the site of a bitter dispute between Japan and Korea which has its roots in the countries’ linked history.

The histories of Japan and Korea have been intertwined since the 3rd century BC, when Koreans from the southern region of Korea — including modern-day Busan and Gimhae — started to move across to the Kyushu region of Japan. Since then, the relationship between the two countries has been close, with diplomatic exchanges and transfer of ideas and culture in both directions.

During the 6th century, however, tensions rose between Japan and the Korean kingdom of Silla. This was worsened by the actions of Korean pirates, who attacked Japan’s Kyushu region repeatedly in the 9th to the 11th century. By the medieval period, piracy was mainly carried out by the Japanese, who raided the coasts of Korea and China throughout the 16th and 18th centuries.

In the late 19th century, Japan was concerned about Korea’s international affairs — especially that it seemed to be forming a strong alliance with Russia. To combat this alliance, Japan declared war on Russia. This led to the Japan-Korea treaty of 1905, which made Korea a protectorate of Japan. From this point on, the power balance between Japan and Korea tipped in Japan’s favour, and in 1910, the signing of the Japan-Korea Annexation Treaty formalised Japan’s takeover of the country.

This takeover is at the crux of the sea’s naming dispute. Koreans argue that as the name Sea of Japan only came into widespread international use during the Japanese annexation of Korea — which lasted from 1910 until 1945 — and as the name was imposed upon them during colonial rule, it thus has no legitimacy. Japan argues that the name was in use much earlier. Both countries have conducted studies of historical maps, but have produced different results. 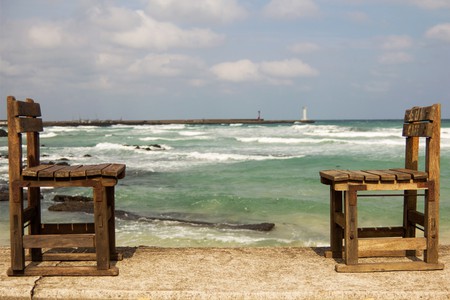 The atrocities committed during wartime — a notable example is the Japanese use of ‘comfort women’, young Korean women who were forced into Japanese military brothels — strained Korean-Japanese relations to the point that following the end of World War II and Korean independence, South Korea did not resume trade relations with Japan again until 1965.

Whilst trade and diplomatic relations have improved drastically since then, and Japan is a popular holiday destination for young Koreans, there is still strong feeling about the sea’s name from both Korea and Japan. In 2017 a Korean high school student sent no fewer than five requests to have its name amended from Sea of Japan to East Sea when it was mentioned on British website The Stack. Korean-Americans successfully lobbied the State of Virginia in 2014 to pass legislation requiring schools to use textbooks which contained both names. In 2017, the Japanese government called on tourists to report maps which labelled the body of water as the East Sea.

It’s made more difficult by the fact that East Sea geographically locates the sea solely in relation to the Korean peninsula, which could lead to confusion on international maps — after all, there are a number of other ‘East Seas’ around the globe. Sea of Japan, on the other hand, implies a possession which Korea finds untenable, with the memory of Japanese forced annexation fresh in the country’s collective memory. In 2006, Korean prime minister Roh Moo Hyun floated the idea of an entirely new name as a compromise — the Sea of Peace or Sea of Friendship. Japan was less keen, however, vetoing the name change. For the time being, it looks as though both names are here to stay. Many international maps include both terms, which — as in the case of other contested names — represents the best short-term solution to the naming dispute.