The Top 10 South Korean Movies You Should Watch 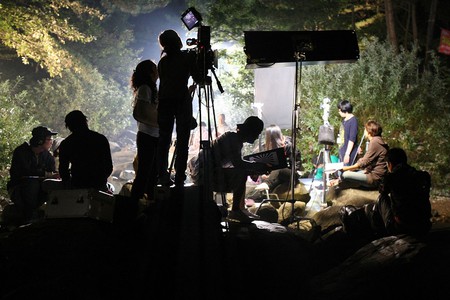 Whether you’ve only just recently begun to take an interest in Korean film, or you’re a long-time, hardcore Hallyu fan, be certain to add these top ten South Korean movies to your watch list.

This radically twisted and rather disturbing film by the prominent Korean director Park Chan-wook tells the tale of a man who was kept prisoner in a hotel room for 15 years without any apparent reason. His quest for vengeance upon his release is portrayed with impeccable pacing and unprecedented artistry – so much so that Hollywood was inspired to make their own version of the film.

Acclaimed animation director Yeon Sangho showcased his filmmaking making chops with his thoroughly engaging live action debut, Train to Busan, the most successful Korean film outside of Korea to date. Conflating the pleasures of its effective premise – a motley group of Seoulites attempt to escape a zombie attack on a train – with several contemporary social critiques, this is a blockbuster that works on numerous levels.

In the middle of the Korean wilderness, a Buddhist master diligently raises a young boy, teaching him to live a life of compassion. When the boy discovers his sexual lust, he seems abandon his contemplative life altogether, following his first love. However, he fails to adapt to the modern world, and after a series of unfortunate events, returns to the master in search of spiritual redemption. Along with breathtaking cinematography, the movie offers viewers a valuable message.

This movie depicts the 1597 Battle of Myeongnyang, in which legendary admiral Yi Sunsin defeated a fleet of invading Japanese ships – a conflict that is often considered Korea’s version of Sparta. With the odds stacked against him, Admiral Yi defends his land by luring the enemy’s massive armada into a deadly trap. A perfect combination of action and drama, The Admiral: Roaring Currents is the highest-grossing Korean movie of all time.

While visiting her mother-in-law at a hospital, Nami (Yu Ho-jeong) runs into an old friend admitted for terminal cancer. As the two reconnect, she asks Nami to reunite their old clique — one that they had named “Sunny.” As Na-mi goes out in search for her friends, the film goes back to colorful time in the ’80s, recounting the moments in the glory days of “Sunny” and the tragedy that ultimately broke their bond. As the group slowly but surely comes back together, a heartwarming tale of friendship is told.

A quiet pawnshop keeper (Won Bin) with a violent past as a former black ops soldier embarks on a bloody rampage, taking on a drug-and-organ trafficking ring in hope of saving the child who is his only friend. Rated 100% on Rotten Tomatoes, The Man From Nowhere is a gripping film with assured direction and excellent central performances.

After spending time in a mental institution, two sisters who return to the home of their father and cruel stepmother. There, their stepmother’s obsessive and unbalanced ways – in addition to an interfering ghost – affect their recovery. Incredibly creepy, this psychological thriller marvelously blurs the lines between reality and the occurrences inside the chief character’s mind with crafty skills of storytelling.

“The tragic irony in this film is that memories one would like to forget the most stick instead to the conscience like a ghost — and you really cannot get rid of them.” Director Kim Jee-Woon on A TALE OF TWO SISTERS. #terrortuesday #ataleoftwosisters #khorror #kimjeewoon

When a mysterious monster emerges from Seoul’s Han River, a slow-witted man (Song Kangho) and his family (including Bae Doona of Sense 8 fame) must protect their daughter. Entertaining while appropriately intellectual, The Host is one of the best South Korean movies of all times, receiving much critical success following its release. In fact, it gained accolades not only from international festivals, but also renowned film buff (and former North Korean dictator) Kim Jong-il.

A Moment to Remember is the heartbreaking tale about a young couple’s enduring love, which is tested when 27-year-old Sunjin is diagnosed with a rare form of Alzheimer’s disease. It was a major success domestically, topping the box office for two consecutive weeks to become the fifth highest-grossing film of 2004.

This particular movie was a grand source of plagiarism/inspiration for other film industries. I'm all gung-ho to watch it.😆 ~A moment to remember #no#time#gotta#study#finals#are#here#labs#practicals#korea#kawaii#theme#amomenttoremembermovie#Alzheimer#disease#neurogenerative#disorder

Based on a series of true stories posted by engineering student Kim Hosik on the Internet describing his relationship with his girlfriend, this movie illustrates the ups and downs of a rather comical accidental love story. The highest grossing South Korean comedy of all time, My Sassy Girl has inspired many remakes, including a Japanese drama adaptation as well as an American version starring Jesse Bradford and Elisha Cuthbert.